Environmental science emerged from the fields of natural history and medicine during the Enlightenment. Today, it provides an integrated, quantitative, and interdisciplinary approach to the study of environmental systems. Environmental studies are incorporating more of the social sciences in order to understand human relationships, perceptions and policies towards the environment. This entry collection features information about design and technology for improving environmental quality in every aspect.

2-Oxocarboxylic Acids
Submitted by:
Marcelo I. Guzman
Definition: Atmospheric organic aerosols play a major role in climate, demanding a better understanding of their formation mechanisms by contributing multiphase chemical reactions with the participation of water. The sunlight driven aqueous photochemistry of small 2-oxocarboxylic acids is a potential major source of organic aerosol, which prompted the investigations into the mechanisms of glyoxylic acid and pyruvic acid photochemistry reviewed here. While 2-oxocarboxylic acids can be contained or directly created in the particles, the majorities of these abundant and available molecules are in the gas phase and must first undergo the surface uptake process to react in, and on the surface, of aqueous particles.
Entry Collection : Environmental Sciences
Unfold
Topic review
Updated time: 25 Aug 2021 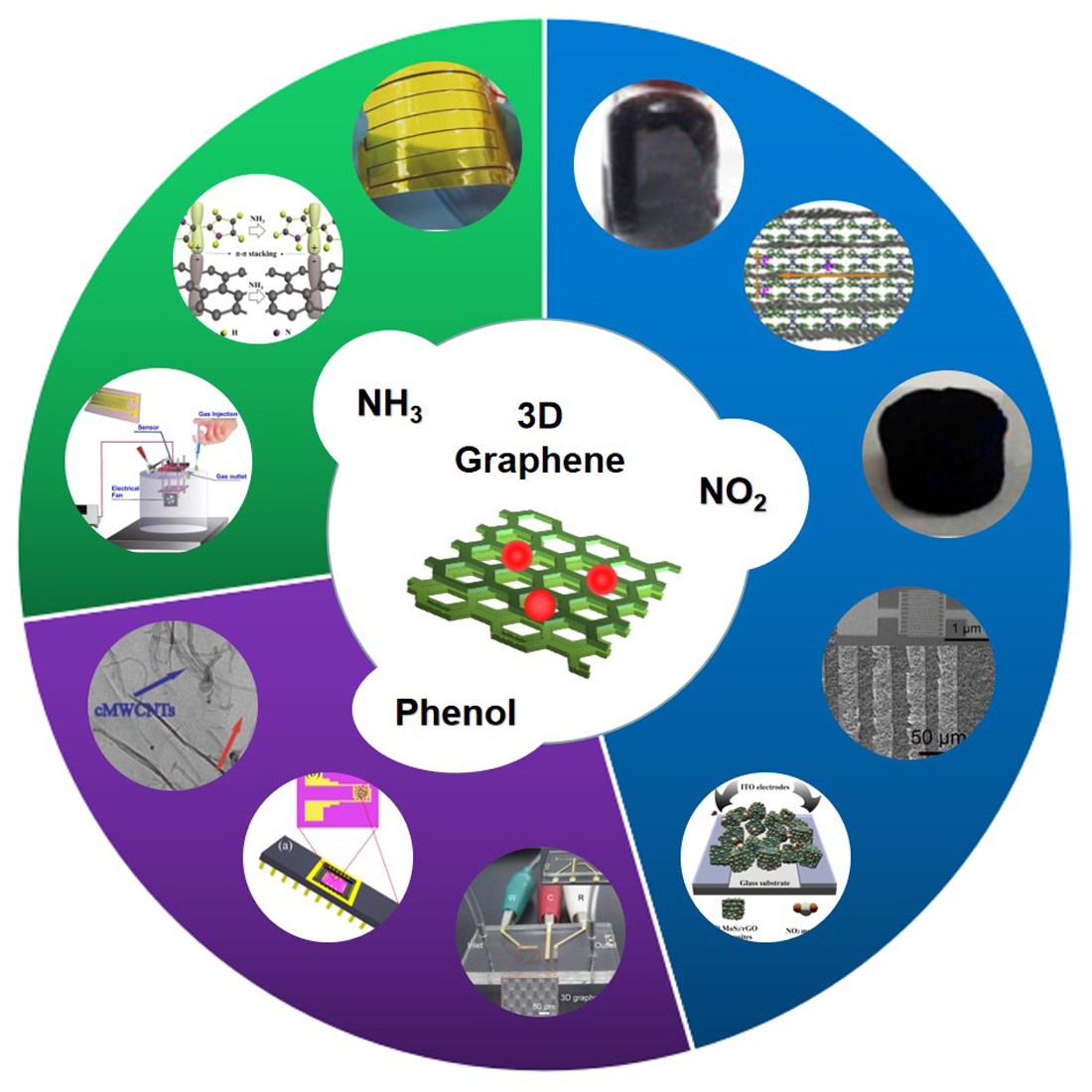 3D Graphene-Based Toxic Gas Sensors
Submitted by:
Zengyong Chu
Definition: Air pollution is becoming an increasingly important global issue. Toxic gases such as ammonia, nitrogen dioxide, and volatile organic compounds (VOCs) like phenol are very common air pollutants. To date, various sensing methods have been proposed to detect these toxic gases. Researchers are trying their best to build sensors with the lowest detection limit, the highest sensitivity, and the best selectivity. As a 2D material, graphene is very sensitive to many gases and so can be used for gas sensors. Recent studies have shown that graphene with a 3D structure can increase the gas sensitivity of the sensors. The limit of detection (LOD) of the sensors can be upgraded from ppm level to several ppb level.
Entry Collection : Environmental Sciences
Unfold
Topic review
Updated time: 24 Jan 2022

3D-Printed Blocks
Submitted by:
Tullio de Rubeis
Definition: The building energy balance is strongly influenced by the heat transmission losses through the envelope. This justifies the growing effort to search for innovative and high-performance insulating materials. The 3D printing process, also known as additive manufacturing, is already used in various industrial applications thanks to its ability to realize complex structures with high accuracy. It also represents an emerging and still poorly explored field in the world of &ldquo;building physics&rdquo;.
Entry Collection : Environmental Sciences
Unfold
Topic review
Updated time: 20 Oct 2021

A Connected Community Approach to Building Community Resilience
Submitted by:
Blake Poland
Definition: Urban resilience research is recognizing the need to complement a mainstream preoccupation with &ldquo;hard&rdquo; infrastructure (electrical grid, storm sewers, etc.) with attention to the &ldquo;soft&rdquo; (social) infrastructure issues that include the increased visibility of and role for civil society, moving from (top-down, paternalistic) government to (participatory) governance. Analyses of past shock events invariably point to the need for more concerted efforts in building effective governance and networked relations between civil society groupings and formal institutions before, during, and after crisis. However, the literature contains little advice on how to go about this. A Connected Communities Approach is advanced that offers the missing guidance, and it's key features are explained.
Entry Collection : Environmental Sciences
Unfold
Topic review
Updated time: 31 Dec 2021 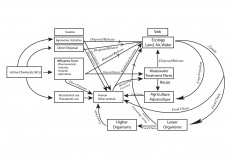 A Focus on Active Chemicals in Sub-Saharan Africa
Submitted by:
ASHA SHABANI RIPANDA
Definition: Active chemicals are among the contaminants of emerging concern that are rarely covered in regulatory documents in sub-Saharan Africa.
Entry Collection : Environmental Sciences
Unfold
Others
Updated time: 24 Jan 2022

A Sustainable Circular Plastics Economy in The Netherlands
Submitted by:
Martin Calisto Friant
Abstract: The circular economy (CE) has become a key sustainability discourse in the last decade. The Netherlands seeks to become fully circular by 2050 and the EU has set ambitious circularity targets in its CE Action Plan of 2015. The plastics sector, in particular, has gained a lot of attention as it is a priority area of both the EU and Dutch CE policies. However, there has been little research on the different and often contested discourses, governance processes and policy mechanisms guiding the transition to a circular economy and society. There is thus a dominance of technocentric imaginaries, and a general lack of discussion on holistic, and transformative visions, which integrate the full social, political, and ecological implication of a circular future.
Entry Collection : Environmental Sciences
Unfold
Topic review
Updated time: 19 Jan 2022

Achieving Sustainability in Solar Energy Firms in Turkey
Submitted by:
Bilal Oday Aldewachi
Definition: Lean principles and sustainability are considered important terms in business. Solar firms are witnessing great competition to fulfill energy requirements, suffering from a huge amount of waste, negatively affecting the sustainability dimensions. Thus, the aim of the study is to build a framework for solar energy firms to achieve sustainability through adopting lean principles, which will help to fix many problems as waste and costs. The method included reviewing the literature to explore the founding of the relation between the two terms, and using a questionnaire that was directed to the responsible people in Turkish solar energy firms. The results of the survey were analyzed to: (1) Find out what the responsible people think about the two terms lean and sustainability; (2) Measure the probable relationship between lean principles and sustainability dimensions by applying a linear regression test; (3) Use the results of point number two to build the framework. The result showed there was a high level of relative importance about the two terms from the point of view of managers and experts in solar firms. In addition, the study found a relationship between adopting pull and flow principles of lean, and achieving economic and social dimensions of sustainability, this finding is represented in a framework.
Entry Collection : Environmental Sciences
Unfold
Topic review
Updated time: 24 Aug 2021 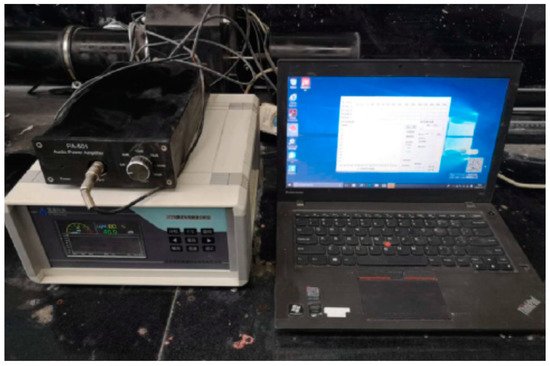 Activation Persulfate by Various Iron-Based Catalysts
Submitted by:
Keke Zhi
Definition: Advanced oxidation technology of persulfate is a new method to degrade wastewater. As the economy progresses and technology develops, increasingly more pollutants produced by the paper industry, printing and dyeing, and the chemical industry are discharged into water, causing irreversible damage to water. Methods and research directions of activation persulfate for wastewater degradation by a variety of iron-based catalysts are reviewed. This entry describes the merits and demerits of advanced oxidation techniques for activated persulfate by iron-based catalysts. In order to promote the development of related research work, the problems existing in the current application are analyzed.
Entry Collection : Environmental Sciences
Unfold
Topic review
Updated time: 22 Dec 2021

Adaptation to EUTR Requirements: Slovenia, Croatia and Serbia
Submitted by:
Maja Radosavljevic
Definition: Eight years after the European Union Timber Regulation (EUTR) came into force, its effectiveness is still unsatisfactory due to deficient and uneven implementation among member states. In addition, some Western Balkan countries have poor legality monitoring systems, increasing the risk of trade in illegally harvested timber. Regardless of this, no recent work has analyzed the adaptation of national forest policies to the EUTR obligations. Author study aims to contribute to the understanding of EUTR implementation by analyzing the adaptation of policies of the Western Balkan countries (Slovenia, Croatia, and Serbia) to the EUTR. Qualitative content analysis was conducted on 22 policy documents from Slovenia, Croatia, and Serbia. Documents were coded using coding categories derived from EUTR. Our results point out that none of the analyzed countries have a policy to directly address illegal logging or prevention of illegal activities. As EU members, Slovenia and Croatia has implemented EUTR through laws. The Slovenian Forest Act addresses all EUTR obligations, while Croatian Law on EUTR Implementation does not directly address the obligation of legality. This obligation is addressed by the Law on Forests. As Serbia is not an EU member, it did not implement EUTR. Nevertheless, Serbian Law on Forests addresses all EUTR obligations, but has some discrepancies regarding Traceability obligation. With ongoing discourses on Green Deal policies and the increasing focus on &ldquo;deforestation-free&rdquo; commodities, stricter implementation might be expected of EUTR at EU level. Most countries would probably have to build capacities for EUTR implementation and become more transparent and responsible concerning information availability. To successfully implement EUTR, an increased number of checks as well as stricter fines will be needed.
Entry Collection : Environmental Sciences
Unfold
Browse by Subject