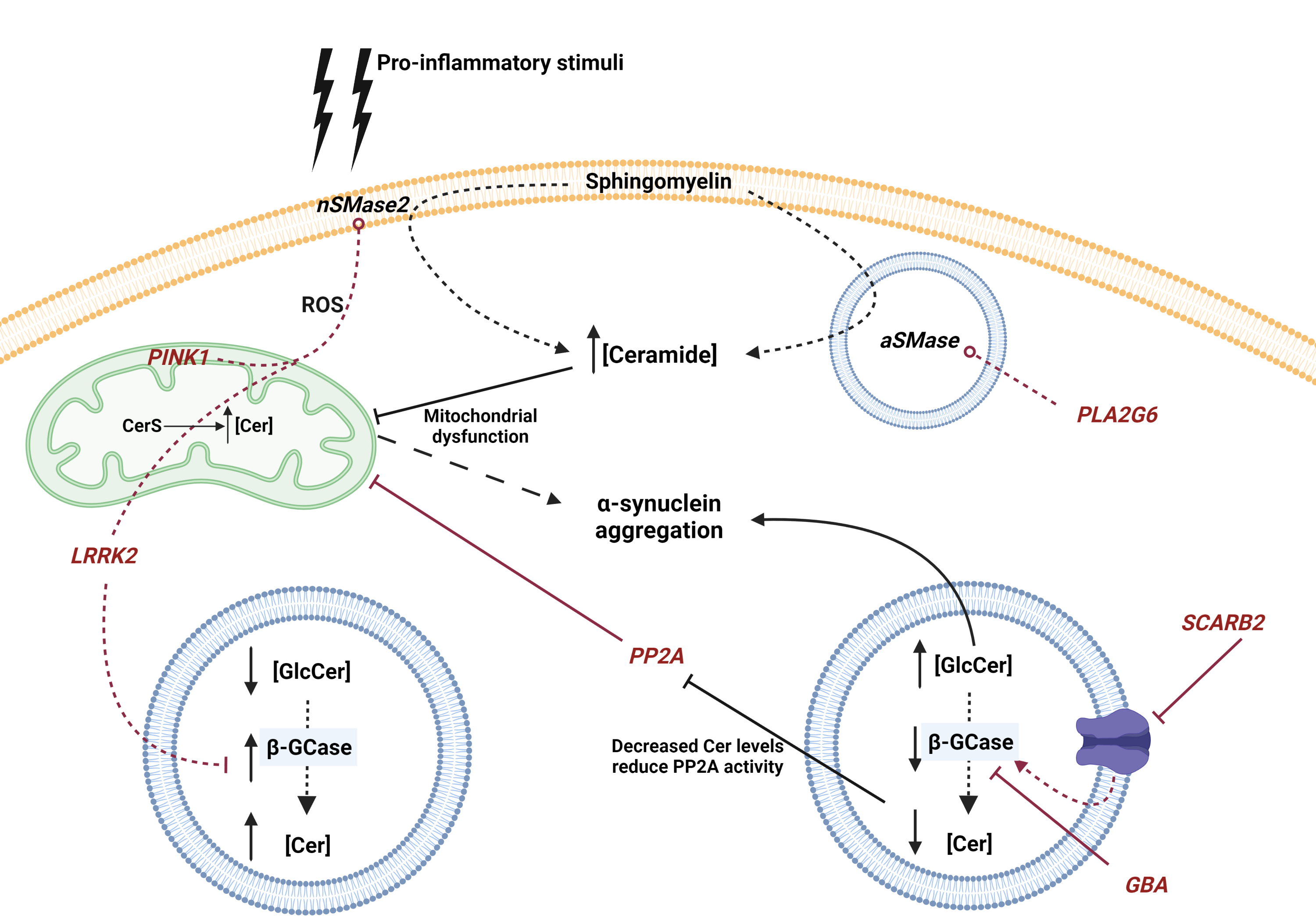 Ceramide Metabolism and Parkinson’s Disease
Submitted by: Alberto Ouro
Definition: Ceramide is a bioactive sphingolipid involved in numerous cellular processes. In addition to being the precursor of complex sphingolipids, ceramides can act as second messengers, especially when they are generated at the plasma membrane of cells. Its metabolic dysfunction may lead to or be a consequence of an underlying disease. Recent reports on transcriptomics and electrospray ionization mass spectrometry analysis have demonstrated the variation of specific levels of sphingolipids and enzymes involved in their metabolism in different neurodegenerative diseases. In the present review, we highlight the most relevant discoveries related to ceramide and neurodegeneration, with a special focus on Parkinson's disease.
Entry Collection : Neurodegeneration
Unfold
Topic review
Updated time: 10 May 2021 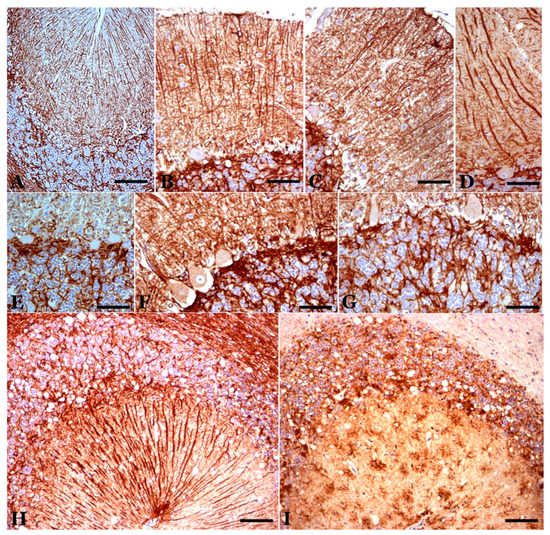 Cerebellar Neuropathology in Classical Scrapie
Submitted by: Adolfo Toledano
Definition: Classical scrapie is a naturally transmissible spongiform neurodegenerative disease that originally affected sheep, goats and mouflons and that has been observed for several centuries. It is a &ldquo;strange&rdquo; disease that cannot be classified as a classical bacterial or viral infectious disease and does not follow the pathogenic patterns identified by infectious or neurodegenerative disease research.
Entry Collection : Neurodegeneration
Unfold
Topic review
Updated time: 02 Jul 2021 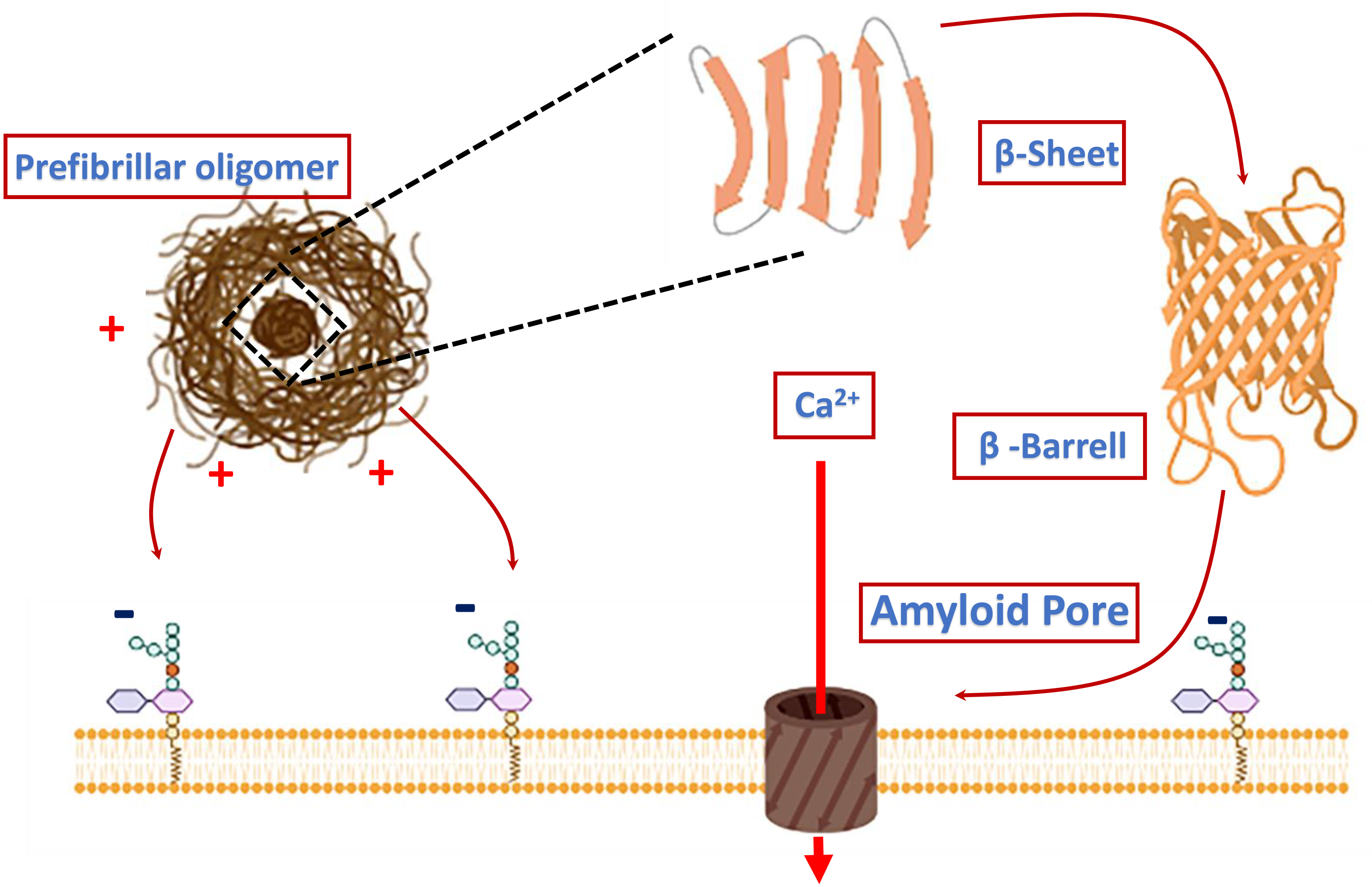 Commonalities in Amyloid Prefibrillar Oligomers
Submitted by: Marco Diociaiuti
Definition: It has been proposed that a &ldquo;common core&rdquo; of pathologic pathways exists for the large family of amyloid-associated neurodegenerations, including Alzheimer&rsquo;s, Parkinson&rsquo;s, type II diabetes and Creutzfeldt&ndash;Jacob&rsquo;s Disease. Aggregates of the involved proteins, independently from their primary sequence, induced neuron membrane permeabilization able to trigger an abnormal Ca2+ influx leading to synaptotoxicity, resulting in reduced expression of synaptic proteins and impaired synaptic transmission. Emerging evidence is now focusing on low-molecular-weight prefibrillar oligomers (PFOs), which mimic bacterial pore-forming toxins that form well-ordered oligomeric membrane-spanning pores. At the same time, the neuron membrane composition and its chemical microenvironment seem to play a pivotal role. However, up to now the existence of a specific &ldquo;common structure&rdquo; of the toxic aggregate, and a &ldquo;common mechanism&rdquo; by which it induces neuronal damage, synaptotoxicity and impaired synaptic transmission, is still an open hypothesis. In this review, we gathered information concerning this hypothesis, focusing on the proteins linked to several amyloid diseases. We noted commonalities in their structure and membrane activity, and their ability to induce Ca2+ influx, neurotoxicity, synaptotoxicity and impaired synaptic transmission.
Entry Collection : Neurodegeneration
Unfold
Topic review
Updated time: 15 Mar 2021

Disease-Modification in Neurodegenerative Disorders
Submitted by: Maurits Vissers
Definition: The clinical failure rate for disease-modifying treatments (DMTs) that slow or stop disease progression has been nearly 100% for the major neurodegenerative disorders (NDDs), with many compounds failing in expensive and time-consuming phase 2 and 3 trials for lack of efficacy. However, as our understanding of NDDs is improving, there is a rise in potentially disease-modifying treatments being brought to the clinic. Further increasing the rational use of mechanistic biomarkers in early phase trials for these (targeted) therapies can increase R&amp;D productivity with a quick win/fast fail approach in an area that has seen a nearly 100% failure rate to date.
Entry Collection : Neurodegeneration
Unfold
Topic review
Updated time: 05 Mar 2021 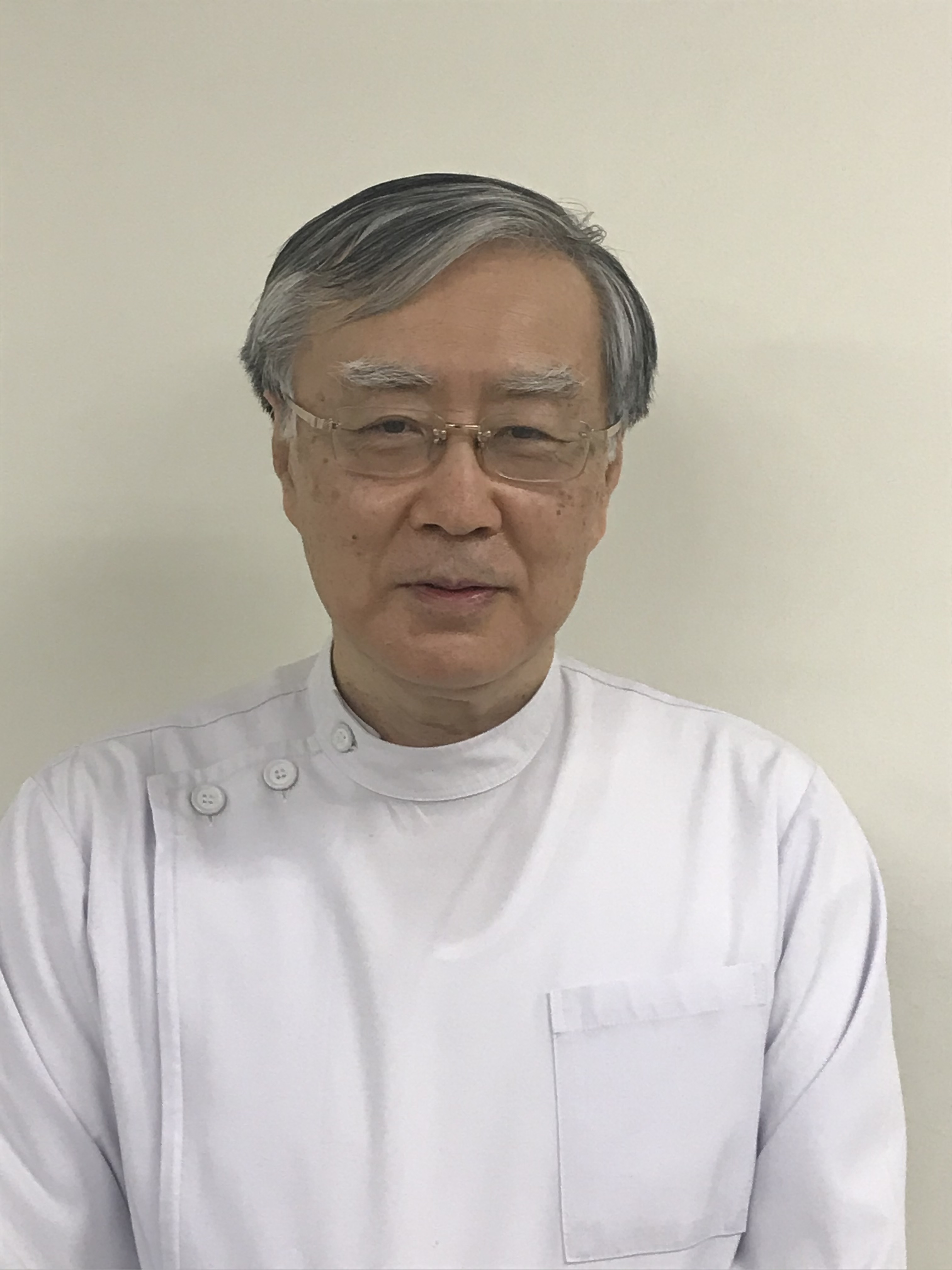 Dissociated Optic Nerve Fiber Layer
Submitted by: Kimitoshi Nakamura
Definition: Dissociated optic nerve fiber layer (DONFL) appearance is characterized by dimpling of the fundus when observed after vitrectomy with the internal limiting membrane (ILM) peeling in macular diseases. However, the cause of DONFL remains largely unknown. Optical coherence tomography (OCT) findings have indicated that the nerve fiber layer (NFL) and ganglion cells are likely to have been damaged in patients with DONFL appearance. Since DONFL appearance occurs at a certain postoperative period, it is unlikely to be retinal damage directly caused by ILM peeling because apoptosis occurs at a certain period after tissue damage and/or injury. However, it may be due to ILM peeling-induced apoptosis in the retinal tissue. Anoikis is a type of apoptosis that occurs in anchorage-dependent cells upon detachment of those cells from the surrounding extracellular matrix (i.e., the loss of cell anchorage). The anoikis-related proteins &beta;A3/A1 crystallin and E-cadherin are reportedly expressed in retinal ganglion cells.
Entry Collection : Neurodegeneration
Unfold
Topic review
Updated time: 17 Jun 2021 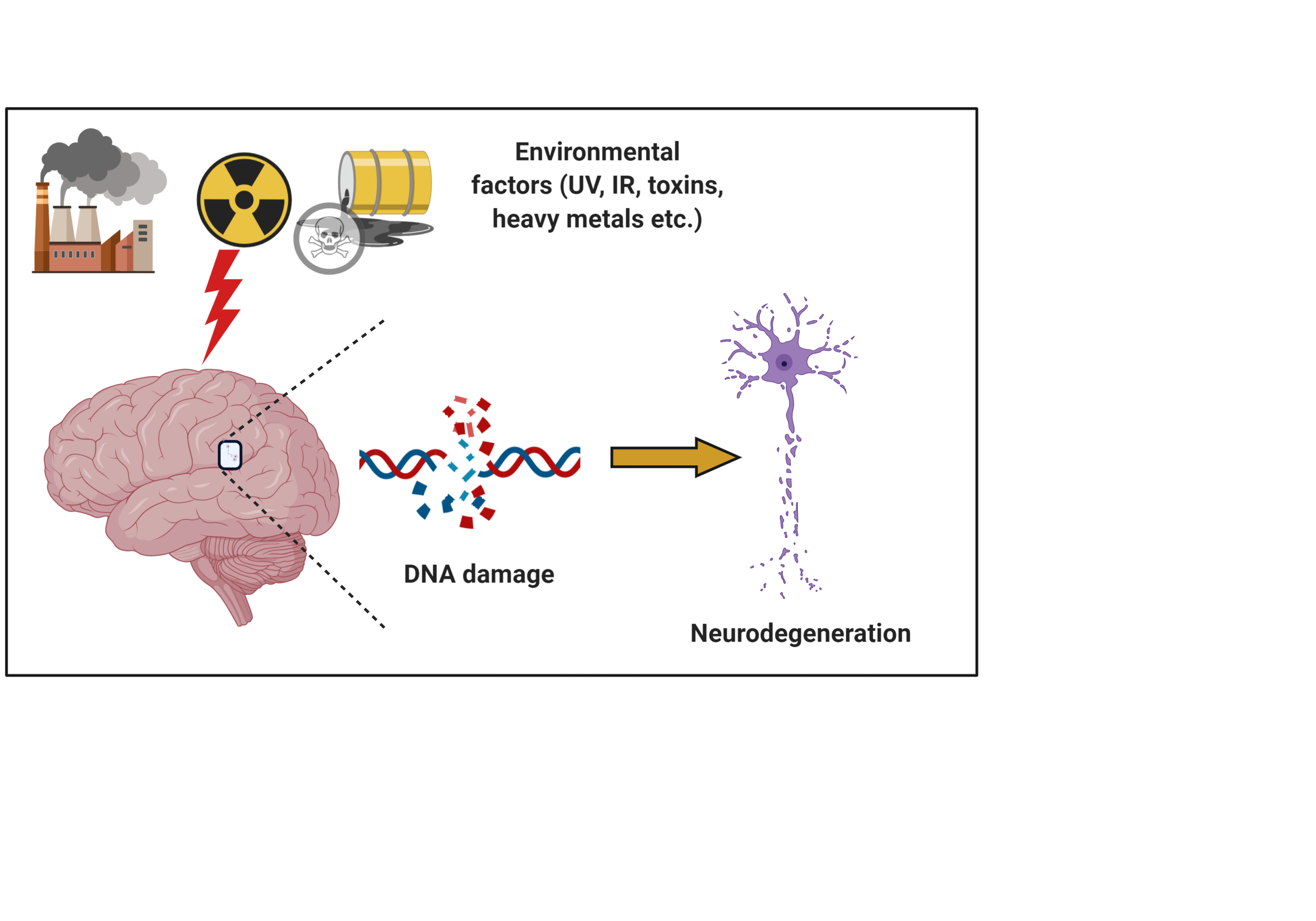 DNA-Repair Pathways: Links to Neurodegeneration
Submitted by: KULBHUSHAN SHARMA
Definition: Genomic integrity is maintained by DNA repair and the DNA damage response (DDR). Defects in certain DNA repair genes give rise to many rare progressive neurodegenerative diseases (NDDs), such as ocular motor ataxia, Huntington disease (HD), and spinocerebellar ataxias (SCA). A possible causative role for DNA damage and DNA repair in the pathogenesis of common, late-onset NDDs is less well established, although DDR defects are emerging as possible culprits in diseases like AD, PD, and ALS. Whether targeting DNA repair or the DDR may be developed into therapeutic options against NDDs remains to be clarified.
Entry Collection : Neurodegeneration
Unfold
Topic review
Updated time: 17 Aug 2021 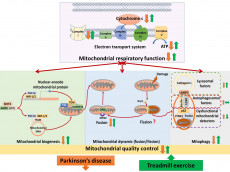 Glutathione in the Brain
Submitted by: Koji Aoyama
Definition: Glutathione (GSH) is the most abundant non-protein thiol, and plays crucial roles in the antioxidant defense system and the maintenance of redox homeostasis in neurons.
Entry Collection : Neurodegeneration
Unfold
Browse by Subject