Pneumonectomy is an entire lung removal and is indicated for both malignant and benign diseases.

2. Drug Regimen after a Pneumonectomy

Lung cancer is a leading cause of death in the United States. Based on statistics from the American Cancer Society, it is estimated that more than 200,000 new patients in the United States will be diagnosed with lung cancer in 2020 [21]. Among lung cancer patients, NSCLC is the most common, accounting for 80–85% of all lung cancer diagnoses. NSCLC is also the major indication of pneumonectomy when other lung cancer surgeries are not feasible. It is well known that pneumonectomy is an effective surgical option especially in patients with stage II-IIIA NSCLC. For stage I patients, it is controversial whether pneumonectomy should be indicated at this early stage; however, aggressive surgery, such as pneumonectomy, may be recommended in cases where cancerous cells invade the peri-bronchial lymphatic net. After a pneumonectomy, NSCLC patients have severely diminished lung function with a 30-day postoperative mortality rate of 4.0–6.5% [2][22]. Postoperative quality of life is even lower in female patients and after right-sided pneumonectomy [23]. The prevention of respiratory failure is as important as reducing the risk of cancer recurrence. Therefore, pulmonary conditions of individual patients should be taken into consideration before any decisions are made for adjuvant chemotherapy. Current guidelines from the American Society of Clinical Oncology (ASCO) recommend adjuvant chemotherapy in stage IIA-IIIA patients with NSCLC after complete surgical resections [24]. Although there have been several randomized controlled trials [25][26] and retrospective studies [27][28][29] that support adjuvant chemotherapy in stage IB, a recent meta-analysis demonstrated that adjuvant chemotherapy did not significantly improve 5-year overall survival and disease-free survival [30]. Additionally, there was no sufficient evidence to associate adjuvant chemotherapy in stage IB with a lower risk of recurrence [30]. The efficacy of adjuvant chemotherapy on patients with stage IA is uncertain as well, and based on ASCO guidelines, cisplatin-based chemotherapy is not recommended for these patients [24]. With appropriate patient selection and treatments, adjuvant chemotherapy can result in an increased improvement in the 5-year survival rate of up to 4% [31]. To maximize benefits, physical assessments and communication between patients and health professionals are highly recommended before adjuvant chemotherapy.In terms of drug regimens, there are a variety of chemotherapeutic agents available depending on countries and institutions. In general, platinum-based drug regimens, mainly cisplatin plus vinorelbine, are administered on days 1, 8, and/or 15 every 3 or 4 weeks in an adjuvant setting. Recently, a study combining two meta-analyses reported that there was no significant difference between various chemotherapy regimens [31]. The study implied that platinum-based regimens have the same effect as tegafur-based regimens. However, tegafur-based regimens were mainly administered to Asian populations, whereas platinum-based drug regimens were administered to non-Asian populations [31]. With regard to age, older adult patients are more likely to receive carboplatin-based regimens, especially with paclitaxel [32]. Although there is no absolute superiority between carboplatin and cisplatin, the former is generally more tolerated [32]. It is important to note that older patients benefit from adjuvant chemotherapy as much as younger patients [32]. In terms of increased overall survival and post-operative complications, no significant differences between younger and older adult groups have been seen [32]. This corresponds to a recent study that illustrated that age is not a prognostic factor of adjuvant chemotherapy for NSCLC [33]. Considering that post-pneumonectomy patients have diminished respiratory health and tolerance, these patients may also benefit more from carboplatin than older adult patients do. Appropriate drug regimens should be determined after the evaluation of all the significant factors that may affect post-pneumonectomy patients.Since pneumonectomy is a relatively uncommon procedure, the majority of studies include lobectomy and segmentectomy patients. Due to the lack of data, the efficacy of adjuvant chemotherapy for post-pneumonectomy patients may be overestimated. A recent study illustrated the efficacy of adjuvant chemotherapy exclusively in post-pneumonectomy patients with NSCLC [34]. In the study, three different carboplatin-based drug regimens were administered in three or four cycles: 135–175 mg/m2 taxol on day 1; 25 mg/m2 navelbine on days 1 and 8; or 1250 mg/m2 gemcitabine on days 1 and 8 [34]. Adjuvant chemotherapy significantly increased overall survival when patients underwent a left-sided pneumonectomy (p = 0.001; Figure 1A) or had preoperative FEV1 of equal or higher than 21 (p = 0.001; Figure 1C) [34]. Considering that adjuvant chemotherapy can further aggravate pulmonary function, it is reasonable that patients who underwent a right-sided pneumonectomy or who had low FEV1 did not show significant positive outcomes [34]. While age was not a significant factor, patients’ respiratory functions played an important role in determining the outcome of adjuvant chemotherapy [34]. Although the retrospective study failed to focus on the effect of individual drug regimens, it is noteworthy that it only included post-pneumonectomy NSCLC patients unlike other previous studies that also examined post-lobectomy and post-segmentectomy patients. 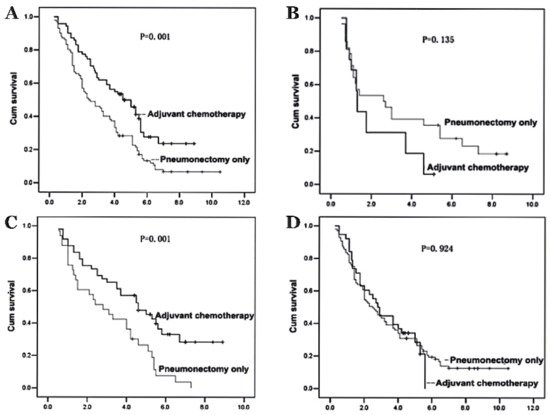 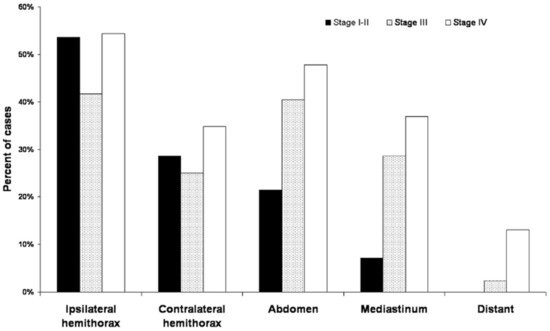 Figure 2. Pattern of first recurrence sites in post-EPP patients (n = 158) based on the American Joint Committee on Cancer stage. Adapted from ref [87]. Copyright 2015 The American Association for Thoracic Surgery. 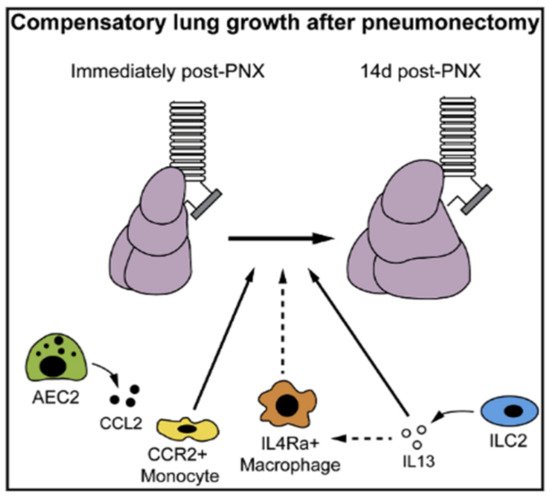