Aging and the emergence of age-associated illnesses are one of the major challenges of our present society. Alzheimer’s disease (AD) is closely associated with aging and is defined by increasing memory loss and severe dementia. Currently, there are no therapy options available that halt AD progression.

According to US Centers for Disease Control and Prevention (CDC) and the US National Institutes of Health (NIH), subjective cognitive decline (SCD) is the self-reported experience of worsening or more frequent confusion or memory loss. It is a form of cognitive impairment and one of the earliest noticeable symptoms of Alzheimer’s disease (AD) and related dementias. SCD can have implications for living with and managing chronic disease or performing everyday activities like cooking or cleaning. Because SCD is self-reported, it does not imply a diagnosis of cognitive decline by a health care professional.

Cognition is a combination of processes in the brain that includes the ability to learn, remember, and make judgments. When cognition is impaired, it can have a profound impact on an individual’s overall health and well-being. Cognitive decline can range from mild cognitive impairment to dementia, a form of decline in abilities severe enough to interfere with daily life.

AD is the most common form of dementia and causes 60–70% of all dementia cases [2]. Worldwide, an estimated 40 million people—mostly older than 60 years—have dementia, and until at least 2050, this number is said to double at least every 20 years [3]. About 6% of people over 65 years suffer from AD1, which is defined by gradually worsening symptoms, but also includes a long, symptom-less pre-dementia stage, where the underlying pathogenetic processes start to form, often 10–20 years prior to first dementia symptoms [4].

Even after more than 35 years since the definition of AD, the definitive cause and pathogenesis of the disease are still not entirely known. Amyloid β (Aβ)-plaques and neurofibrillary tangles formed by tau protein aggregates have been discovered and linked to the disease. They have proven to be a good source for the exploration of molecular pathogenetic events, but targeting these hallmarks alone has not shown satisfactory results in finding a curative or disease-modifying treatment. Since then, many drug candidates have failed in clinical development—and since 2003, no new AD drug candidates have been approved by the FDA at all [5][6][7][8].

Autophagy describes the cellular process of clearance and recycling of damaged or aggregated molecules and cell structures, e.g., proteins, lipids, or cell organelles. Additionally, it is a cellular form of survival technique that a cell uses if it enters a state of nutrient starvation. The activity of autophagy decreases in aging model organisms, and stopping this decline has been associated with an increased lifespan in those organisms [7].

Macroautophagy is the most common type of autophagy, and the most well studied. It is a non-selective proteolytic process in eukaryotes, that clears the cell from damaged cell organelles and long-lived proteins, which are then catabolized [9][10][11].

In recent years, the understanding of macroautophagy and related processes has been amplified with the exploration of several genes that play distinct roles in the process. Additionally, a class of miRNA has been linked to play a role in the crosstalk between autophagy and apoptosis that potentially work as molecular switches between these two intimately connected processes and contribute to the cell fate decision [12].

Microautophagy differs from macroautophagy that the cell debris is enclosed directly in the lysosome, and it does not require autophagosome formation for the delivery of targeted cargos to lysosomes [9][13].

Chaperone-mediated autophagy (CMA) also does not require formation of an autophagosome. The activating pathways also are not fully known, but it is commonly understood as a selective mechanism. Kobayashi [9] describes it as follows: “With cooperation of the cytosolic chaperone Hsc70, other co-chaperones, and the lysosomal receptor LAMP2A, proteins are delivered directly to the lysosomal lumen and degraded for intracellular quality control. Although the effect of CMA on those proteins is limited, it is suggested that the impairment of CMA is tightly linked to the pathogenesis of neurodegenerative diseases and cancer, indicating that CMA is an indispensable pathway in maintaining health”.

Other types of autophagy include mitophagy (selective degradation of mitochondria using autophagous methods) and lipophagy (degradation of lipids). Still, there is ongoing debate in the scientific community about whether there might be even more types or pathways of autophagy [9].

In the healthy human brain, clearance of misfolded and unused proteins is an important factor to maintain normal cerebral functions. In turn, AD models have shown that there is a significantly increased accumulation of Aβ-plaques and tau tangles if autophagy is impaired. In AD, impaired mTOR-dependent and independent pathways contribute to the dysfunction of autophagy [14]. This effect is not limited to this two proteins. In contrast, as autophagous activity declines with ageing, there are more proteins that can misform or create toxic aggregates. Therefore, agents that target a single misfolded protein may be far less effective than drugs that enhance autophagy and clearance of misfolded proteins as a whole [7].

Under normal cellular conditions, the cell enters an autophagous state in an environment of nutrient starvation. Since this is not necessarily an available option, influencing the autophagy-inducing mechanisms is a more viable alternative. As these underlying cascades are relatively complex, targeting autophagy in a possible treatment strategy for AD requires specific knowledge of the involved pathways and stages. Ideally, a combination of drugs or substances that target more than one involved cascade could be most promising to restore normal autophagous activity in AD patients.

Additionally, it has shown that simply increasing autophagous activity alone is not necessarily beneficial, as it leads to accumulation of autophagosomes and undigested autolysosomes which can block axonal trafficking and lead to axonal swelling [7]. Still, there are some promising substances that support targeting autophagy as a trigger of neurodegenerative diseases:

A widely used autophagy activator is rapamycin, which blocks mTOR-C1-kinase activity, which is elevated in the brain of 3xTg-mice (a triple-transgenic mouse model of AD) [15]. Blocking this pathway also reduced Aβ and tau pathology and significantly reinstated cognitive impairment.

Since the mTOR pathway also has functions in several cell processes, such as metabolism and growth, inhibition may involve some harmful side effects. Therefore, more studies are now investigating mTOR-independent pathways to modulate autophagy [10].

Further, studies in transgenic mice have shown that methylthioninium chloride (methylene blue) is a potent inducer of autophagy. It altered the levels of LC3-II, cathepsin D, BECN1, and p62, which are all autophagy indicators that are involved in regulating the underlying pathways. In doing so, formation of tau tangles could be decelerated [16].

Apart from the therapeutic potential that autophagous processes represent, there also is a need to find more accurate AD-associated biomarkers that are able to reliably quantify autophagic activity in human brains.

Regarding current therapy options, battling symptoms caused by the pathogenetic changes of Aβ-plaques and tau tangles currently is state-of-the art, which limits therapy to relatively late stage of the disease in which patients already suffer from dementia symptoms. Apart from supportive care from family and other caregivers, drug therapy options mostly depend on four substances: cholinesterase inhibitors donepezil, rivastigmine, galantamine, and glutamate antagonist memantine [5]. All of the above mentioned substances treat dementia in terms of memory loss and associated symptoms, but fail in slowing down or stopping the progress of the underlying mechanisms of AD. Therefore, it is in question if Aβ-plaques and neurofibrillary tangles alone are a sufficient targets in treating AD.

Several large phase III trials of anti-amyloid approaches in patients with mild to moderate AD have been published, but the disappointing results contributed to a paradigm shift in the scientific community: Many age-related changes in cellular and other physiological processes are now known that induce or contribute to the formation of Alzheimer’s disease and other neurodegenerative diseases [2][7]. It is now understood that the many different involved mechanisms and pathogenetic hallmarks (Figure 1) demand the investigation of more diverse drug targets and definition of reliable biomarkers, aiming at the long pre-dementia stage of the disease at best. Prolonging the symptom-less phase and preventing the advancement of AD should be the main focus in concepting new therapies. 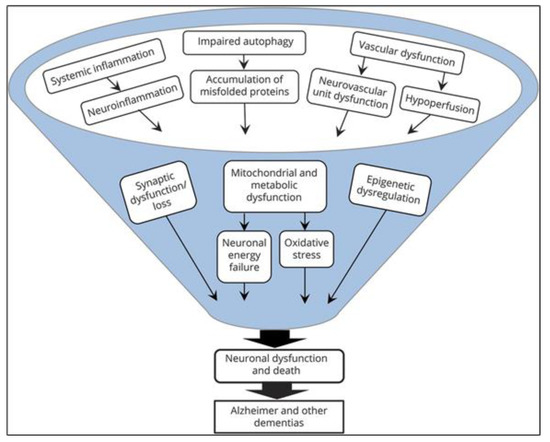 Figure 1. Microglial cells respond differently depending upon type and intensity of activation signals. [17].

The links between diet and human disease are gaining increasing interest among investigators. The term nutraceutical is defined as any food (fruits, vegetables, nuts, tea, and botanical products, among others) or part of a food such as a dietary supplement that produces a medical or health benefit, including the prevention and treatment of a disease. Generally, nutraceutical products are administered in dosages that exceed those that could be obtained from normal foods, considering the absence of very low toxicity to the organism. On the other hand, functional foods are now being examined for their physiological benefits and for their ability to reduce risk factors in chronic diseases. The principal difference between nutraceuticals and functional foods is the customary presentation of the product (nutraceuticals with pills, capsules, beverages, whereas functional foods are those such as whole vegetables, fruit, or natural products) [18].

Epidemiological evidence linking diet, modifiable environmental factors, and the risks of AD is rapidly increasing. A non-balanced diet appears to impact on the risk of AD. There is a belief that the customary diet in Eastern countries has an important contribution to the health of that population as well as for resisting and preventing age-related diseases [19][20].