Marco Ceccarelli (Rome, 26 May 1958) received his Ph.D. in Mechanical Engineering from La Sapienza University of Rome, Italy, in 1988. He is Professor of Mechanics of Machines at the University of Rome Tor Vergata, Italy, where he chairs LARM2: Laboratory of Robot Mechatronics.

His research interests cover subjects of robot design, mechanism kinematics, experimental mechanics with special attention to parallel kinematics machines, service robotic devices, mechanism design, and history of machines and mechanisms whose expertise is documented by several published papers in the fields of Robotics and Mechanical Engineering. He has been visiting professor in several universities in the world and since 2012 at Beijing Institute of Technology. He is ASME fellow. Professor Ceccarelli serves in several Journal editorial boards and conference scientific committees. He is editor of the Springer book series on Mechanism and Machine Science (MMS) and History of MMS. Professor Ceccarelli has been the President of IFToMM, the International Federation for the Promotion of MMS in 2008-11 and 2016-19. He has started several IFToMM sponsored conferences including (HMM) Symposium on History of Machines and Mechanisms, MEDER (Mechanism Design for Robotics) and MUSME (Multibody Systems and Mechatronics).

From 1998 to 2004 he has been Chairman of the Permanent Commission for History of Machine and Mechanism Science of IFToMM, the International Federation for the Promotion of Machine and Mechanism Science, and currently he is still a member. Since 1999 he is also member of the IFToMM Technical Committee for Robotics. He has been member of IFToMM TC for Computational Kinematics. He is Chairman of the Commission for Mechatronics of FeIbIM, Federaciòn Iberoamericana de Ingenieria Mecànica. In 2008-09 and 2014-16 he has been Coordinator of the Scientific Committee for RAAD, International Workshops on Robotics in Alpe-Adria-Danube Region. Since 2002 he is Chairman of the Scientific Committee of MUSME, IFToMM-FeIbIM International Conference on Mechatronics and Multibody Systems. Since 2010 is founder Chairman of the Scientific Committee of MEDER, IFToMM International Conference on Mechanism Design for Robots.  He is member of scientific Committees for several conferences, like RAAD, Romansy, CK, SYROM, EUCOMES, and many others; he is associate editor for the journal Journal Mechanics Based Design of Structures and Machines, International Journal of Mechanics and Control, Chinese Journal of Mechanical Design (Europe editor), and Journal Advanced Robotic Systems, Int. Journal of Mechanisms and Robotic Systems (editor-in-chef for Service Robotics), Frontiers of Mechanical Engineering, and many others; he has served as associated editor for Mechanism and Machine Theory; he has served as reviewer for several international conferences and journals; he has served and serves as reviewer for national and international projects for Italian and foreign agencies. In 2015-16 he has been member of GEV the Italian commission for the research evaluation and member AVA for University evaluation. He has been invited as visiting professor in institutions of several countries and has given invited lectures and short courses in many countries at conference events, celebration events, or within regular courses. He has carried out consulting activity for companies and in industrial plants on problems regarding with Automation and Robotics. He has been the founder and then Scientific Editor for the Proceedings of HMM 2000, HMM 2004, HMM 2008, HMM 2012 and HMM2016, International Symposium on History of Machines and Mechanisms. He has been Chairman for HMM 2000 and 2004 that have been held in Cassino. He has been the founder of MUSME, the IFToMM-FeIbIM Symposium on Multibody Systems and Mechatronics. He has been Co-Chairman for MUSME in 2002 in Mexico City, in 2005 in Uberlandia, Brazil, in 2008 in San Juan, Argentina, in 2011 in Valencia, Spain and in 2014 in Huatulco, Mexico. He has been Chairman for RAAD Workshops held in Cassino in 1997 and 2003. He has been Chairman for CK2005, IFToMM International Workshop on Computational Kinematics that has been held in Cassino in 2005. He has been co-founder of EUCOMES, the European conference on Mechanism Science and he has been Chairman for the second event held in Cassino in 2008. He is the Scientific Editor of a Book Series on History of Mechanism and Machine Science published by Springer since 2007. In 2007 he has edited ‘Distinguished Figures in MMS – Part 1’ published by Springer in the above-mentioned book series and he has also edited the Part 2 and 3. He is Scientific Editor of a Book Series on Mechanism and Machine Science published by Springer since 2010. He has co-authored the book ‘A short Illustrated History of Machines’ published at Technical University in Madrid in 2008 with a revised version published by Springer in 2010. In 2008 he edited the book ‘Robot Manipulators’ published by I-Tech Education Publishing KG in Wien. In 2012 he edited the book ‘Service Robots and Robotics’ published by IGI-Global. He has written the book ‘Fundamentals of Mechanics of Robotic Manipulation’ published by Kluwer/Springer in 2004. Together with prof Carlos Lopez-Cajùn he has written the book ‘Mecanismos –Fundamentos cinematicos para el diseno y optimizacion de maquinaria’ published by Trillas Publisher in Mexico in 2008 with second edition in 2014. He also edited or co-edited books as proceedings of several other conferences. With LARM team he has conceived and developed several algorithms and systems, like ring formula for workspace determination, design formulation for circular-arc cams, CAPAMAN manipulator, LARM Hand, CATRASYS, CALOWI,  LARM Rickshaw robot, LARM Hexapod, LARM clutched arm, Cassino Hexapod, Surveybot, leg exoskeletons, LARMbot humanoid, Heritagebot Platform, even with experimental characterization and results. He has also worked out findings and interpretations in the History of Mechanical Engineering, like on Screw Theory by Giulio Mozzi and on personalities like Lorenzo Allievi and Giuseppe Antonio Borgnis.

His research interests cover aspects of Theory of Machines and Mechanisms (TMM) and Mechanics of Robots. Specific subjects of his interest are Analysis and Design of Workspace and Manipulation; Mechanical Design of Manipulators, Legged Robots; Grippers and Hands; Mechanics of Grasp; History of TMM; and Mechanism Design. He is author or co-author of more than eight hundred papers, which have been presented at Conferences or published in national and international journals. His publication impact is with H= 32 and H i10= 139.

The LARM2, Laboratory of Robot Mechatronics has been established since 2019 as a renew of a lab moved from 3-decade activities in Cassino University with the leadership of Prof. Marco Ceccarelli.

The structure and activities of LARM2 can be rather considered as distributed in several locations in Italy and abroad as per the collaborations which is based on. The headquarter of LARM2 is at the Department of Industrial Engineering of Rome University Torvergata, whereas a unit is at the University of Calabria with Prof. Giuseppe Carbone as local director.

International sections can be considered the laboratories and team units with or without official agreements for joint frames as listed in the webpage for existing collaborations. The main labs with jointed activity are:

Activities are mainly focused on teaching/formation and research in topics related to Robotics and Mechatronics from mechanical engineering viewpoints referring to theory, design, practice and technological transfer.

In particular, the activities are directed and available for collaborations in industrial and professional activity with the purpose to study, to plan, and to improve mechanical systems, with traditional and innovative designs. The development of theses on subjects and prototypes for innovation is orientated to form engineers, who will be capable to solve new problems but still with interest on traditional techniques of Mechanical Engineering. 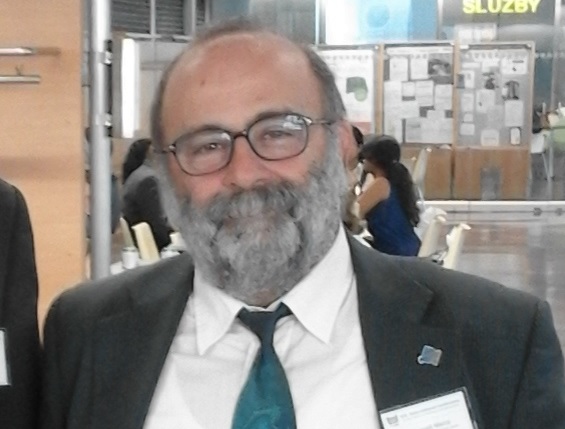