This is a short biography of the Italian physicist Lorenzo Iorio working in the field of general relativity and gravitation. 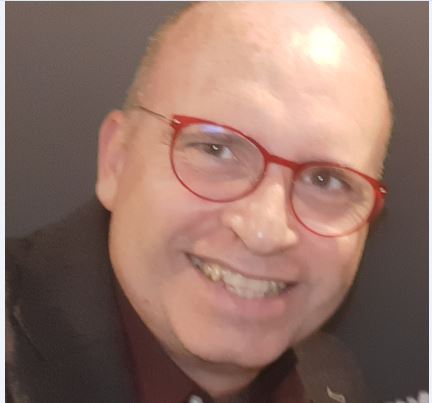 He received his precollege and college education there, obtaining a degree in physics from the University of Bari in 1997. In 2002, he earned the Ph.D. Degree in physics from the Department of Physics "Michelangelo Merlin", the University of Bari, where he also completed his postdoctoral studies. He is currently qualified at the Italian Ministry of Education, University and Research (M.I.U.R.) both as an Associate Professor and Full Professor for Astronomy, Astrophysics, and Earth and Planetary Physics, and for Theoretical Physics of the Fundamental Interactions, respectively.

His research activity is currently in the field of gravitational physics, in particular, experimental/observational tests of general relativity and modified models of gravity in several astronomical and astrophysical scenarios, and their theoretical interpretation. So far, he has published more than 230 articles in peer-reviewed journals. According to the SAO/NASA ADS database, his h-index is, at present, 41, with over 3800 citations (self-citations excluded). Some papers of him attracted the attention of certain international scientific magazines. So far, he has received more than 35 requests by foreign students of international academic institutions as supervisor of their Ph.D. and/or post-Doc research activity.

He has acted as a referee for several international research institutions like the National Aeronautics and Space Administration (NASA), the European Space Agency (ESA), the Swiss National Science Foundation, the Netherlands Organisation for Scientific Research (NWO), the National Research Foundation (NRF), South Africa, the former Particle Physics and Astronomy Research Council (PPARC), the National Center for Science and Technology Evaluation (NCSTE) of Kazakhstan, and the Czech Science Foundation (GACR). He received an invitation on behalf of the Royal Swedish Academy of Sciences to submit nominations for the Crafoord Prize 2006. He is currently a Fellow of some professional societies like the Royal Astronomical Society (RAS) and the International Astronomical Union (IAU). He received a grant of the Young Researchers Project 2001 by the University of Bari in 2001. He was the recipient of an award by the Italian Physical Society (SIF) in 2003 for his scientific activity, and he received the Scholarship Luigi Volta for the Study of Astronomy from the Centre for Scientific Culture Alessandro Volta in 2006. Elsevier awarded him two New Astronomy Top Cited Author Awards in 2010.  The Editors of the journal New Astronomy, published by Elsevier, selected him as one of the most valuable reviewers for the years 2013 and 2014. In February 2015, the VIA-Academy included him in the Top Italian Scientists (TIS) ranking. He is currently serving as Editor-in-Chief of the journal Universe, and Associate Editor of the journals Galaxies and Frontiers in Astronomy and Space Sciences.

He lives in Bari. He is not married, and he has no children.