Cyclodextrins as additives in crops and flours

Cyclodextrins are cyclic oligomers formed by different units of glucose and characterized by having a truncated cone structure that contains a cavity in which small organic molecules can lodge forming inclusion complexes[1][2][3]. The formation of these host-guest complex allows to "protect" these organic molecules, avoiding or slowing decomposition processes[4], solubilizing hydrophobic molecules formed aqueous solutions where cyclodextrins act as catalysts of phase transfer or capture molecules whose presence in a matrix is undesirable.[5]

An example of this last property (the capture of undesirable molecules within a matrix) can be illustrated if we take into account that the rice stored for a long time acquires an unpleasant smell that harms its placing on the market and can be effectively eliminated by using CD. The same happens with the aroma of cooked rice that can be eliminated thanks to the formation of the maltosyl-CD complex. 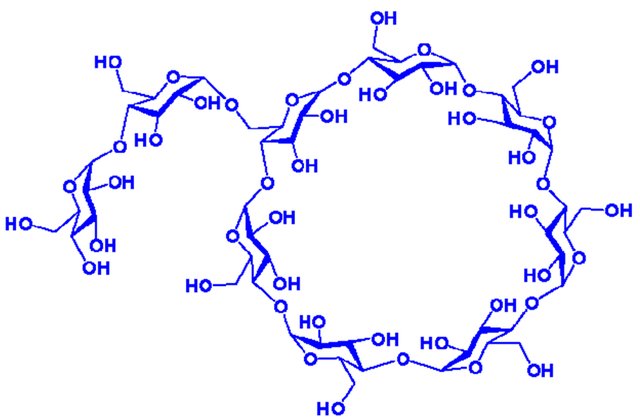 In the literature there are also examples of the use of CD with other cereals such as the case of the retention of unwanted flavours in corn. In this case, the formation of inclusion complexes allows the capture of cinnamaldehyde, eugenol, nonanoic acid or 3-octanone-[9]. 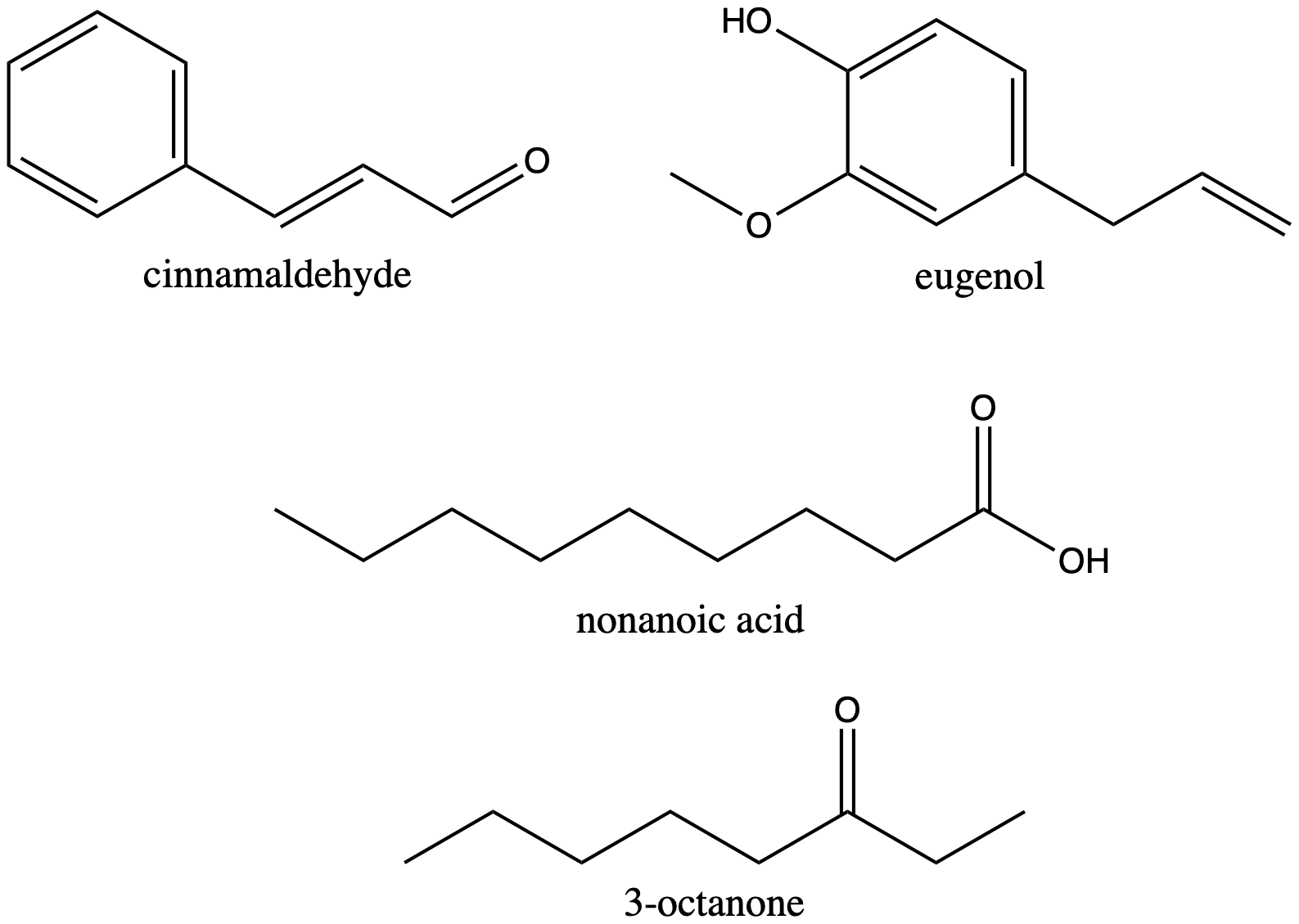 This application can extend not only to cereals but also to flours and products processed from them. An example would be the case of cookies that when processed using butter that contains the aromas forming complexes with the cyclodextrins maintain the desired aroma 4 times longer than those that were prepared in the traditional way. [10]

Likewise, several authors proved a significant reduction in the recrystallization of amylopectin after the addition of cyclodextrins (in particular γ-cyclodextrin) after one week of storage of the dough of baked wheat flour.[11]

On the other hand, we also find technological advantages of CDs in terms of their application to rice flours. This is due to the hydrophobicity of the proteins present in the masses of rice flour, which makes the use of traditional conditioners and improvers difficult. The ability of CDs as solubilizers plays an important role in this case. We must emphasize that this point is key for celiacs whose one way to combat the symptoms of their illness is to maintain a strict gluten-free diet [66]. In this case, the enzyme cyclodextrin glycosyl transferase (CGTase) is confirmed as a good breeder for the quality of rice bread [67]. Due to the properties of CDs, CGTase is used in the production of different foods [68]. Its use reduces the hydrophobicity of the medium due to its ability to hydrolyse and cyclize the starch, generating in situ CDs that can form host-guest complexes with a different variety of compounds. This technology would make it possible to manufacture rice breads that meet and surpass the quality expectations of consumers with strict gluten-free diets [69]. 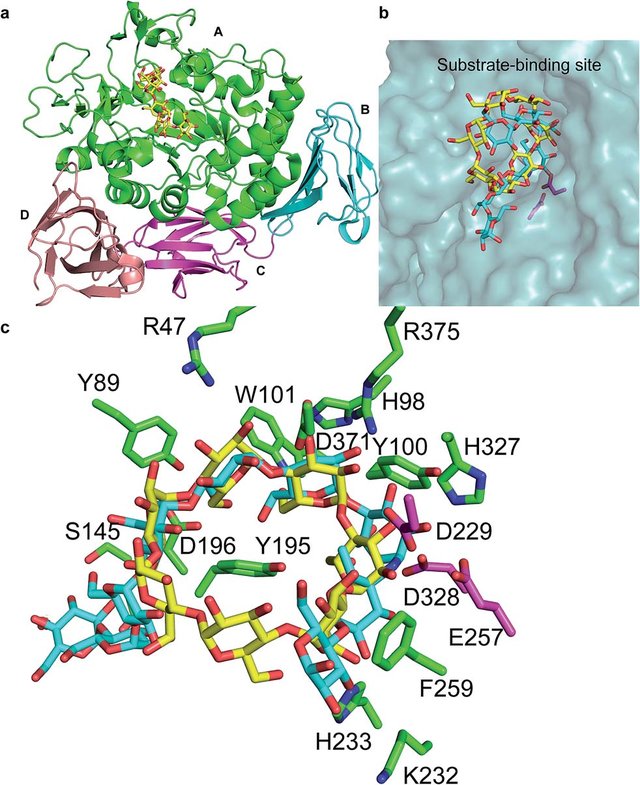 We must also take into account that starch is widely used in the food industry, in general to achieve a desired texture in many products. The use of starch is done through the preparation of a paste that in an aqueous medium will be used as a gelling agent, stabilizer, adhesive, for film formation, or thickening[13]. 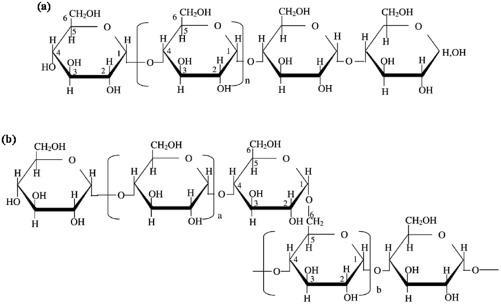 In the literature it has been shown that interaction of β-CD with α-amylase in wheat flour was much stronger than in wheat starch[16]. Item plus, CDs are commonly used as carriers in spray drying and have demonstrate a high water solubility and low viscosity at low cost[17], likewise, improving the stability of bioactive components[18][19][20] and increasing the performance and physicochemical properties of spray dried flours[21][22][23][24]. 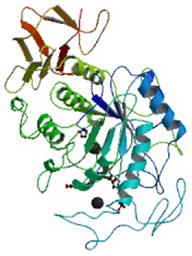 As for the addition of lipids to commercial starch, it has been shown to cause delayed granule inflammation, but an increase in the extent of inflammation[26]. Researchers report[27][28] the anti-firming property of monoglycerides in baking, attributing it to the formation of complexes and amylose. Finally, a slight influence of β-CD on the sticking properties of rice starches has also been observed[26].