Conductive nanofiber mats can be used in a broad variety of applications, such as electromagnetic shielding, sensors, multifunctional textile surfaces, organic photovoltaics, or biomedicine. Here we give an overview of the most recent applications of such conductive electrospun nanofiber mats.

One of the large areas in which electrospun nanofiber mats are used is electromagnetic shielding. Typically, lightweight electromagnetic (EM) wave absorbers are prepared as heterogeneous structures from magnetic and dielectric loss materials, with the heterogeneous structure supporting the interaction between an electromagnetic wave and absorber[1]. This results in a strong use of combinations of magnetic loss materials like magnetic metals with dielectric loss materials like carbon in different modifications for the preparation of lightweight EM composite absorbers, as depicted in Figure 1[2][3][4][5]. Nanofiber mats electrospun from other combinations such as ZnO/C are also reported to show good microwave absorption[6]. 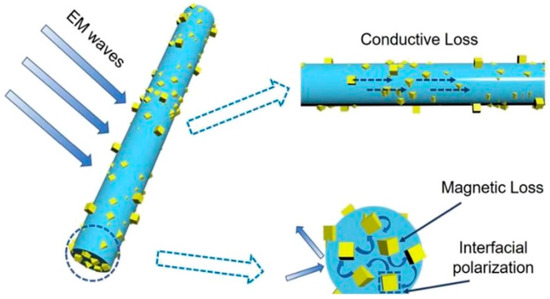 Figure 1. Electromagnetic wave absorption due to magnetic and dielectric losses. Reprinted from , with permission from Elsevier[2].

Another application of conductive nanofiber mats are electrodes of lithium-ion batteries. Here again, metallic and carbon-based materials are often combined to gain a sufficient conductivity. Typically, the anode is prepared from MgFe2O4 in combination with graphene[7], carbon nanotubes[8] or graphene aerogel[9][10]. MoS2/carbon nanofiber membranes were prepared by needle-based electrospinning and carbonization of the PAN-based precursor and used as binder-free anodes for sodium-ion batteries[11].

Interlayers for Li-S batteries were prepared by Zhang et al., combining a reduced graphene oxide layer with BaTiO3 decorated carbon nanofibers prepared by electrospinning and subsequent calcination (Fig. 2), resulting in low resistances around 30 Ω in the fresh state and around 6 Ω after cycling, resulting in a high rate performance and cycling performance[12].

Supercapacitors, on the other hand, can be created by firstly electrospinning TiO2 nanofibers from a solution of Ti(OC4O9)4 and poly(vinyl pyrrolidone) (PVP), followed by calcination to remove the polymer and retain the pure semiconductive nanofibers. Next, nitridization via ammonia annealing resulted in highly conductive TiN nanofibers. These nanofibers were afterward coated with MnO2 nanosheets, resulting in increased specific capacitance and cycle stability[13].

Even memristors were produced by conductive nanofiber mats. Lapkin et al. used electrospinning to produce polyamide-6 nanofiber mats on which PAni was polymerized, resulting in a conductivity around 1 S/cm. Combined with a solid polymer electrolyte and a silver counter electrode, a memristor could be realized which showed resistive switching due to a voltage-controlled change in the PAni redox state[14]. Döpke et al. suggested producing conductive magnetic nanofiber mats for data storage and transfer[15].

Tissue engineering generally is often based on electrospun nanofiber mats. In order to engineer cardiac tissue, it is not only necessary to create porous nanofiber scaffolds, but these scaffolds should also mimic the extra-cellular matrix of the target tissue, i.e., should be conductive in case of growing cardiac muscle tissue on them with undisturbed intracellular signaling[16][17]. In general, scaffolds with embedded conductive materials often show advances against non-conductive nanofiber mats, whether prepared with PAni, PPy or CNTs[18][19][20].

Nekouian et al. report on conductive electrospun nanofiber mats, prepared from PCL/PPy/multi-wall CNTs which were used to examine the influence of electrical stimulation on the photoreceptor differentiation of mesenchymal stem cells, showing that rhodopsin and peripherin gene expressions could significantly be increased by the electrical stimulation[21]. Rahmani et al. used silk fibroin nanofibers filled with conductive reduced graphene oxide, resulting in electrochemical series resistances around 20–30 Ω, to grow conjunctiva mesenchymal stem cells under electrical stimulation and found formation of neuron-like cell morphology and alignment along the electrical field[22]. PCL/PAni scaffolds with conductivities up to approximately 80 µS/cm were used by Garrudo et al. for the cultivation of neural stem cells, showing that the typical cell morphology was retained, and the nanofiber mats were biocompatible[23]. Even lower values of approximately 1 µS/cm were reported by Ghasemi et al. who doped electrospun polyethylene terephthalate (PET) nanofibers with graphene oxide to prepare cardiac patches for cardiac regeneration after myocardial infarcts[24]. For the same purpose, Walker et al. suggested using electrospun gelatin methacryloyl with bio-ionic liquid to combine adhesive and conductive properties[25].

Counter electrodes of dye-sensitized solar cells (DSSCs) were prepared by coating an electrospun nanofiber mat with PEDOT:PSS. Juhász Junger et al. used several dip-coating steps to optimize the electrode conductivity while partly retaining the nanostructured surface and thus the large contact area with the neighboring layers (Fig. 4)[33]. The optimum number of layers resulted in a sheet resistance around 150 Ω, reduced from approximately 550 Ω for a single coating layer[33][34]. A similar approach was recently suggested by Kohn et al. who prepared fully electrospun DSSCs with both electrodes prepared by separately dip-coating them in PEDOT:PSS[35].

Figure 4. Current-voltage curves of DSSCs, prepared with different PEDOT:PSS counter electrodes. Reprinted from[33], originally published under a CC BY license.

Eslah and Nouri, on the other hand, used spin-coating of WO3 nanoparticles on electrospun PAN/PAni nanofibers to prepare counter electrodes of DSSCs[36]. For the possible use in LEDs and solar cells, Jiang et al. developed transparent conductive electrodes by electrospinning copper nanofibers and immersing them in silver ink as a protective layer, resulting in sheet resistances below 10 Ω[37]. 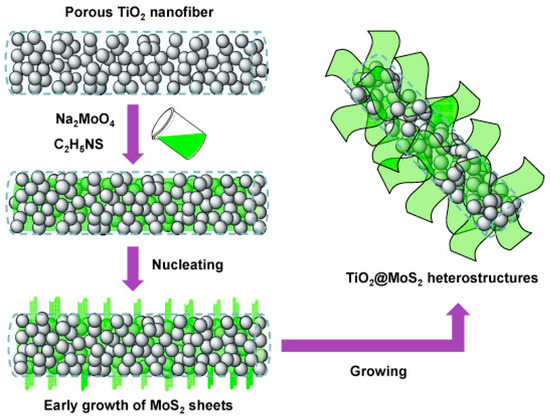 Figure 5. Nucleation and growth of MoS2 nanosheets on porous TiO2 nanofibers. Reprinted from[42] , with permission from Elsevier.

Lee et al. used electrospun WO3 nanofibers coated with RuO2 nanorods as a sensor for H2O2 and L-ascorbic acid. They could show that by the addition of the RuO2 nanorods, the electrocatalytic activity was increased, and the sensing abilities were significantly improved in comparison with pure WO3 nanofibers, as shown in Figure 6[43].

Figure 6. The amperometric response of the WO3 nanofiber with RuO2 nanorods, showing the stability for detection of L-ascorbic acid (AA) against additions of diverse chemicals (A) and against time (B). Reprinted from[43], originally published under a CC BY license.

Harjo et al. developed conductive fiber scaffolds by coating electrospun glucose-gelatin nanofiber mats with polypyrrole and investigated their electro-chemo-mechanical response, showing stable actuation for more than 100 cycles as well as reasonable sensor properties[51]. They found conductivities of approximately 3 µS/cm in the unstretched state and approximately half this value when stretched in aqueous or organic electrolyte solutions.

Table 1. Examples of electrical conductivities of nanofiber mats mentioned in this paper, sorted by conductivity.

Generally, possible applications of electrospun nanofibers vary from biomedicine to sensors to batteries to hydrogen evolution. Similarly, the range of conductivities achievable with different methods is wide. This entry gives an overview of some recent applications.