The treatment of biofilm infection is difficult in clinical practice. Therefore, the eradication mechanisms of action of silver sulfadiazine, which is a well-utilized antibacterial compound, in a biofilm were investigated. Its unique mode of action in biofilms is defined.

Biofilm-forming drug-resistant microbes are frequently detected in hospitals. Therefore, we examined the effects of silver sulfadiazine (SSD), a well-utilized antibacterial compound, and clarified the mechanisms underlying its activity against biofilms formed by methicillin-resistant Staphylococcus aureus (MRSA). The effects of SSD were a result of silver ions rather than sulfadiazine. SSD had a lesser revelation capacity of silver ions than silver nitrate; however, only SSD could eradicate mature biofilms by bacterial killing. Nevertheless, the effect was reduced by the addition of an ion chelator. Thus, the silver in SSD could be liberated after binding sulfadiazine to biofilms, and the use of SSD is reasonable in the eradication of biofilms in wounds.

Among the many reported anti-biofilm antibodies and compounds, SSD is unique due to its complex with sulfadiazine and silver and has been clinically used for the treatment of patients with BFs [15][16]. Using the SSD mechanisms of action of BF eradication activity, light can be shed on the treatment of BFs formed by bacteria in our body.

SSD has been used as an exogenous antimicrobial agent since the 1960s [17][18] on partial and full-thickness burns to prevent infection [19][20]. It is registered on the World Health Organization’s List of Essential Medicines [21]. SSD possesses broad-spectrum antibacterial activity, reacting nonspecifically to Gram-negative and Gram-positive bacteria, causing distortion of the cell membrane and inhibition of DNA replication [18][22][23][24]. Nevertheless, common side effects of SSD include pruritus and pain at the site of administration [25] as well as decreased white blood cell counts, allergic reactions, bluish-gray skin discoloration, and liver inflammation [26][27][28]. However, the Cochrane systematic review (2010) [29] did not recommend the use of SSD due to the insufficient evidence on whether silver-containing dressings or topical agents promote wound healing or prevent wound infection. In addition, specific antibiotics are currently available.

The bactericidal actions of silver can be explained through three different mechanisms: (1) the production of dissolved oxygen-derived reactive oxygen species by its catalytic activity [32][33], (2) the cross-linkage with silver at the sites of hydrogen bonding between the double strands of DNA [31][32], and (3) the inhibition of enzyme activities by intracellular silver ions [31][33]. Sulfadiazine (SD), a sulfonamide, inhibits intracellular folate metabolism in bacteria, resulting in proliferation arrest. In the investigation of silver-containing agents, SD has been selected from various compounds due to its high and broad bactericidal effects [18][22][23][24]. SSD is a reliable antibacterial agent and has recently been used as a coating material for indwelling catheters [34][35]. However, the action mechanisms of SSD on BFs are still unclear.

2.1 Primary setting for an in vitro study

To clarify the effect of SSD on BFs formed from MRSA, an in vitro study was performed. ATCC BAA-2856 (OJ-1) [36][37][38], a high-BF-forming strain of MRSA was used. The BF chip method was utilized as previously described [38][39]. The SSD concentration in medical drugs, such as Silvadene, is 1% (10,000 μg/mL); it could be diluted with tissue fluid exuded from wounds after application. Therefore, the highest concentration was set at 4,000 μg/mL (0.4%: 11,200 μM), which is an acceptable concentration for a clinical setting.

Among the compounds tested (SSD, SD, and AgNO3), SSD significantly decreased BF mass and live bacteria number in BFs. This decrease was considerably greater than that due to AgNO3. This phenomenon was supported by silver deposition on the BF chip. The efficacy of the simultaneous addition of AgNO3 and SD instead of SSD was also examined. These effects were equivalent to those of AgNO3 alone but were significantly lower than SSD, indicating that the molecular form of SSD is important for the induction of silver-related BF eradication (Figure 1). 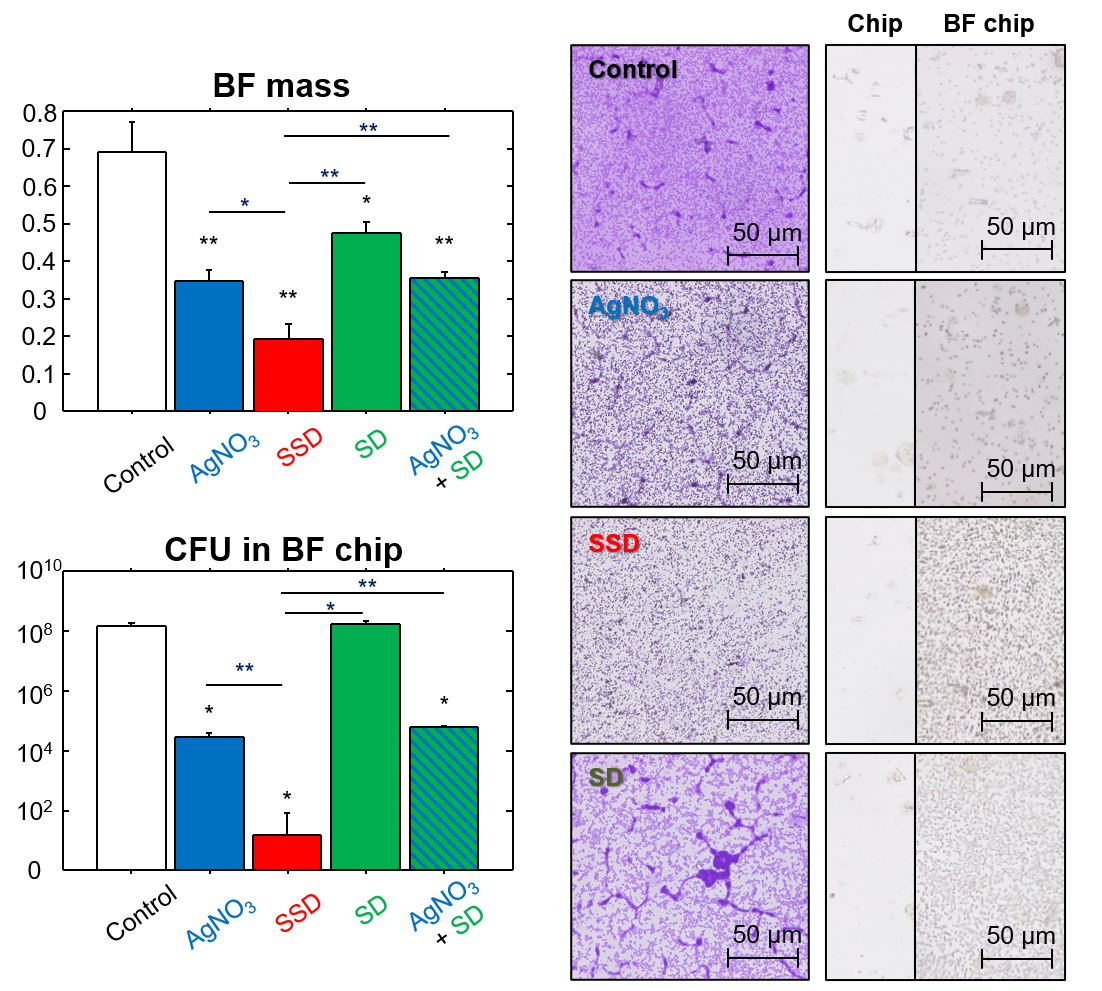 Figure 1. Effects of SSD and other compounds on BFs.

2.3 Effects of silver ion on bacteria in different states

SSD and AgNO3 induced a similar antibacterial potency in the minimum inhibitory concentration for planktonic cells derived from BFs (bMIC) and the minimum bactericidal concentration for planktonic cells derived from BFs (bMBC), both of which were detected in the planktonic state derived from the BFs. In accordance with their threshold levels, silver ion concentrations reached more than 5 μM. In any case, such a concentration would be necessary for growth inhibition and killing planktonic bacteria. However, in the range of effective doses, silver ions were always generated at higher levels in AgNO3 than with SSD. This reflects the contradiction of the bactericidal effects of SSDs. The results suggest that some factor(s) other than simple diffusion of silver ions may be involved.

2.5 Mode of SSD action in solution

To clarify its mode of action, SSD was confined in a sealed chamber, which constrained it and prevented bacteria from penetrating beyond its membrane but allowed ionized silver to pass freely. Therefore, silver ion concentrations in the chambered condition were lower, i.e., 700 and 1,400 μM SSD, as compared with non-chambered conditions; however, at higher concentrations (> 2,800 μM SSD), they became similar. Upon confinement, SSD-induced bMBC and MBEC levels were no longer observed. Our study also showed that SD itself had the property of binding to BFs. Although the exact binding mechanisms of SSD on BFs are still unknown, the direct attachment of SSD to BFs is crucial in inducing bactericidal effects.

2.6 Role of silver ions released from SSD in BF eradication

To validate the role of silver ions in the antibacterial properties of SSD, ethylenediamine-N,N,N',N’-tetraacetic acid (EDTA) was used as a chelator for cationic free ions at a concentration of 680 μM, which was approximately 40 to 100 times greater than that of the liberated silver ions in the media with AgNO3 and SSD. With the addition of EDTA, no changes in bMIC, bMBC, and MBEC were found in the culture with AgNO3. In contrast, the addition of EDTA increased all the values in the culture with SSD. The mechanisms of antibacterial action between AgNO3 and SSD are unknown; however, their mode of action might be different. Silver ions from AgNO3 could be more easily bound by negatively charged components in media as compared to SSD, and a bound–liberation cycle may be repeated. Moreover, the silver holding capacity by which SSD could reach BFs may be greater than that in AgNO3. This mechanism may act especially on the BFs due to the selective adhesion of SD on BFs, which was confirmed by the greater deposition of silver on the BF chip incubated with SSD, whereas sites of the deposition on BFs could not be identified. It therefore seems likely that SSD may act on the bacteria settled in the BFs. After deposition of SSD, silver ions could be released in a micro-environment in BFs, by which the opportunities to kill bacteria could be increased, resulting in strong distortions of the BF structure.

SSD was effective against MRSA, especially in the BF state, but SD itself had no effect. In a micro-environment, SSD preferably binds to BFs via the nature of SD, and then releases silver ions by which bacteria settled on the BFs are killed. In the future, further molecular investigations will be needed to identify the SSD binding site on BFs, which would lead to the discovery of target molecules of BFs formed by MRSA. Additionally, a systematic investigation of the use of SSD in BF-infected wounds should be performed in clinical practice rather than for infection prevention (figure 2). 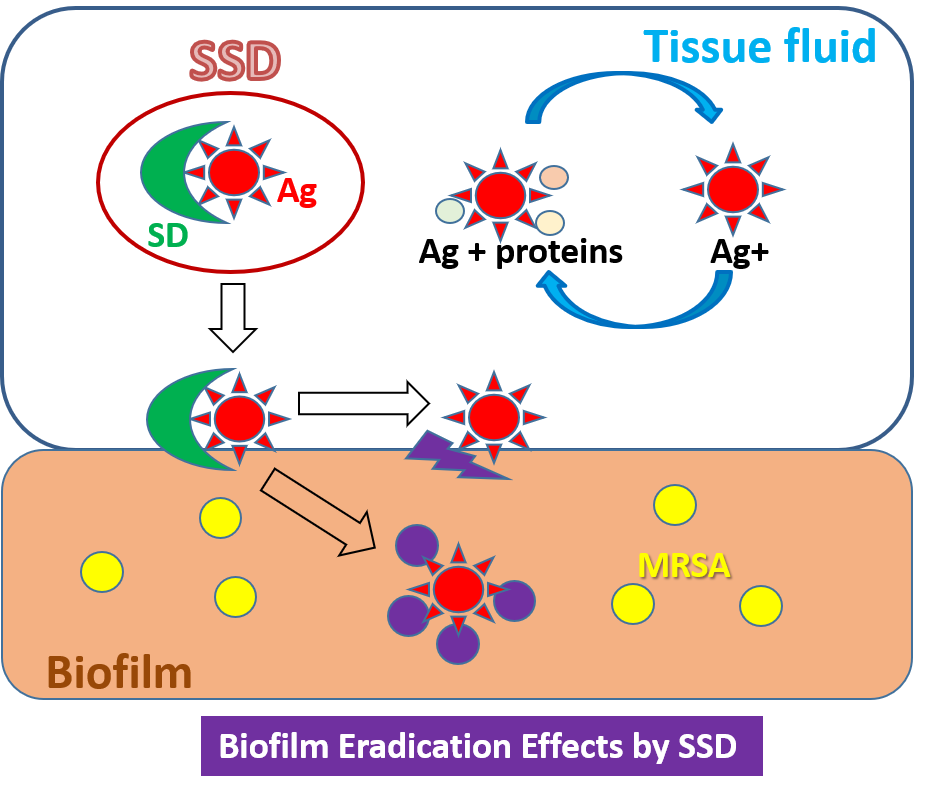 Figure 2. The action of SSD on biofilms formed by MRSA.