Human serum albumin (HSA) is the most abundant carrier protein in the human body. Competition for the same binding site between different ligands can lead to an increased active concentration or a faster elimination of one or both ligands. Indomethacin and quercetin both bind to the binding site located in the IIA subdomain. To determine the nature of the HSA-indomethacin-quercetin interactions, spectrofluorometric, docking, molecular dynamics studies, and quantum chemical calculations were performed. The results show that the indomethacin and quercetin binding sites do not overlap. Moreover, the presence of quercetin does not influence the binding constant and position of indomethacin in the pocket. However, binding of quercetin is much more favorable in the presence of indomethacin, with its position and interactions with HSA significantly changed. These results provide a new insight into drug-drug interactions, which can be important in situations when displacement from HSA or other proteins is undesirable or even desirable. This principle could also be used to deliberately prolong or shorten the xenobiotics' half-life in the body, depending on the desired outcomes. 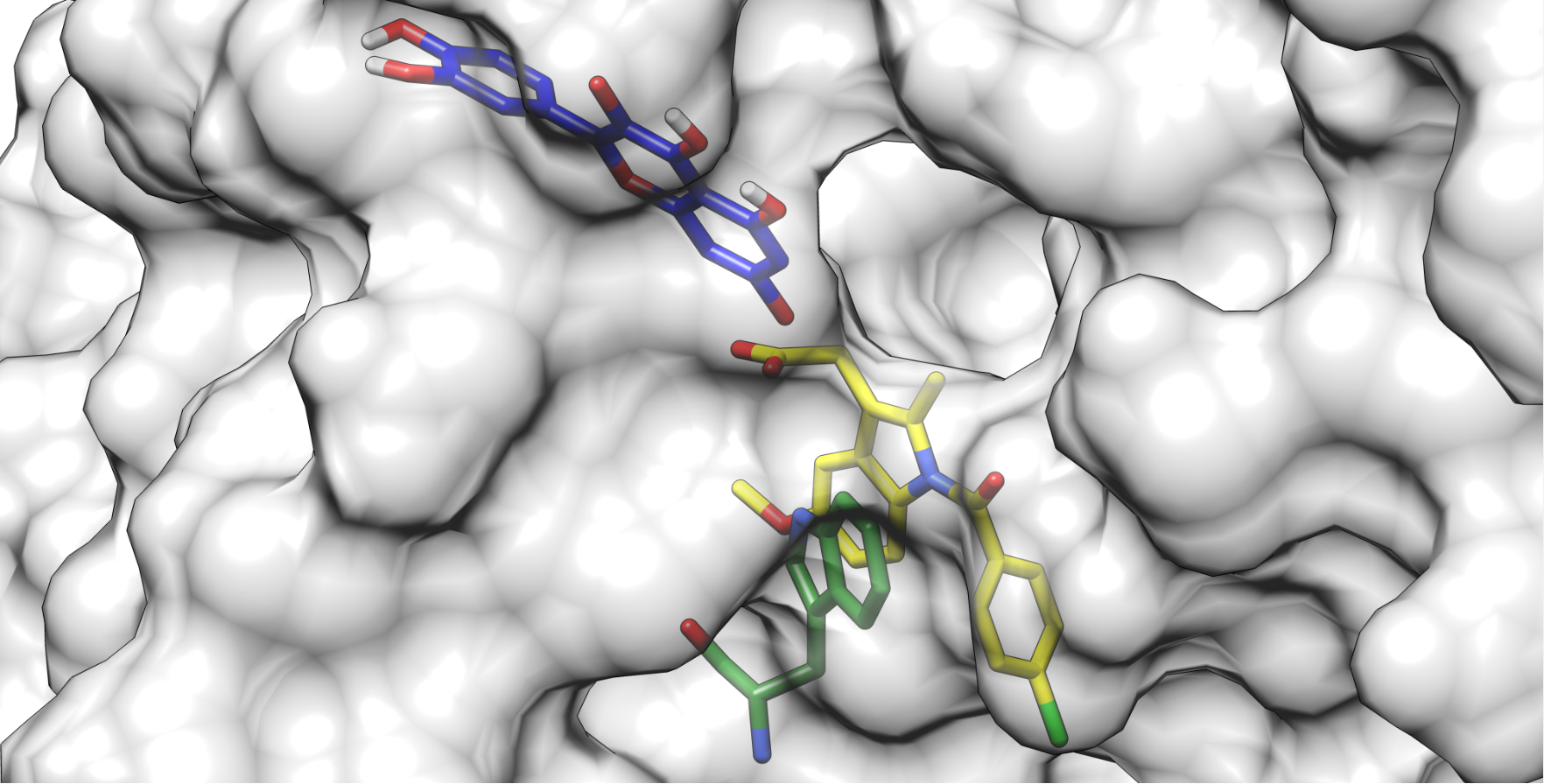 Figure 1. Quercetin anion at Position 7 (blue) docked to a crystallographic structure of indomethacin (yellow) bound to HSA. The Trp214 residue is depicted in green. 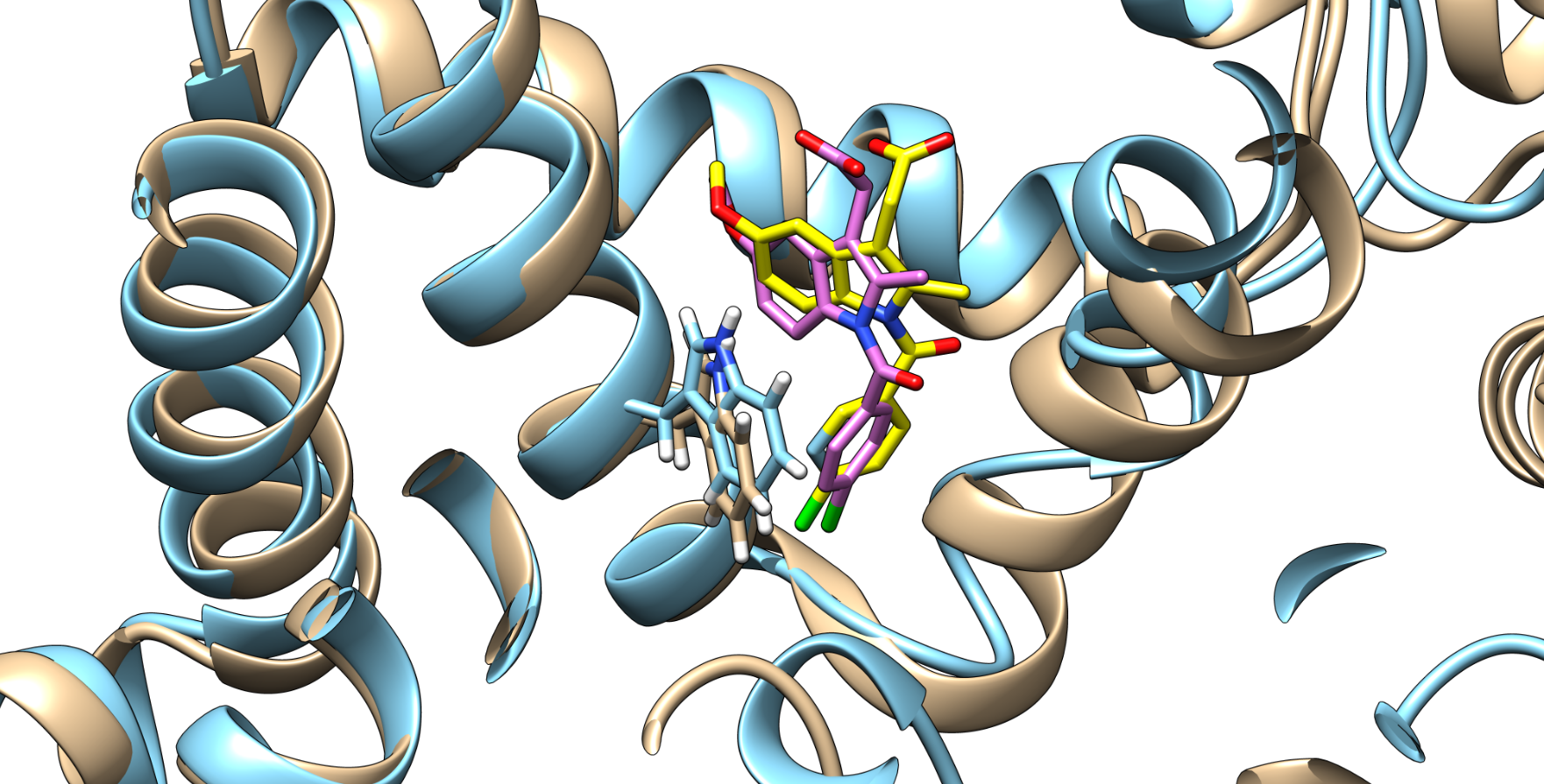 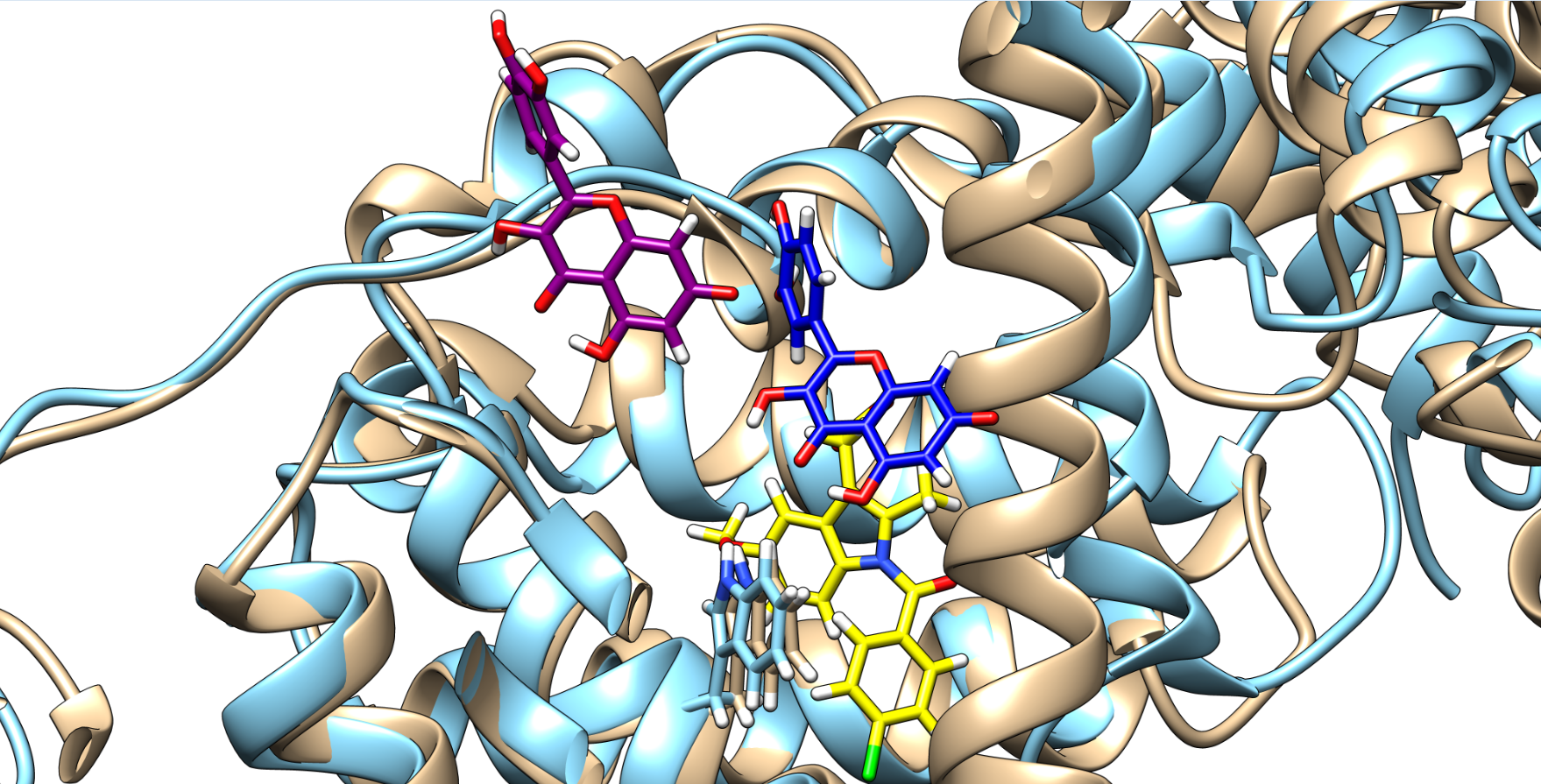