Commercial round bale silos is made by wastes from artichoke and broccoli crops and cannery whose industries represent an environmental problem. A viable option to this problem is ensiling them for use as ruminants feed. Twenty-one commercial round bale silos (300 kg and 0.64 m3) of each by-product were made. Samples were analysed at days 0, 7, 15, 30, 60, and 200 to determine microbial populations, fermentation metabolites, nutritional components, and phytosanitary residues. Feedstuffs showed good suitability for ensiling, and stabilisation was achieved on day 30. The variables with the greatest significant differences among sampling times were microbial populations and fermentative components. There were no important dry matter losses, and some significant differences were observed in the nutritional composition, especially in crude protein and fibrous fractions, but they were not relevant for the loss of nutritional quality of silages. The phytosanitary residues determined on day 200 were below the maximum residue limits set by European legislation. So, ensiling these by-products in commercial round bale silos is a suitable and profitable technique that allows their preservation for a long time (200 days).

Artichoke and broccoli crops are widespread throughout the world, mainly in the Mediterranean region [1]. After artichoke harvests and industrial processing of artichoke and broccoli, large amounts of by-products are generated [2][3]. The use of these alternative and cheaper feedstuffs in ruminants’ diets would reduce waste caused by the agri-food industry, disposal costs, and the land and natural resources used in animal feed production, contributing to the circular economy. Because of the high water content and the seasonality of these feedstuffs, ensiling might be a technology to preserve its nutritional quality for a long time [4], and this must be considered and studied at commercial scale.

The aim of this entry is to characterise the silage process of broccoli and artichoke by-products and artichoke plant stubble in commercial size silos (300 kg round bale) over 200 days to determine the quality and suitability of these types of silages as a ruminant feed and its shelf life. Changes in variables related to the fermentation process, microbial population dynamics, nutritional composition,
fermentative components, and in vitro digestibility were studied. The hypothesis of this study is that the commercial-scale silage technique of these by-products in 300 kg round-bale silos will allow food preservation for a long period of at least 200 days. The advantages of these types of silos over others are that they are easy to transport, can be sold as a package, have high compaction, good storage life, and no construction costs. 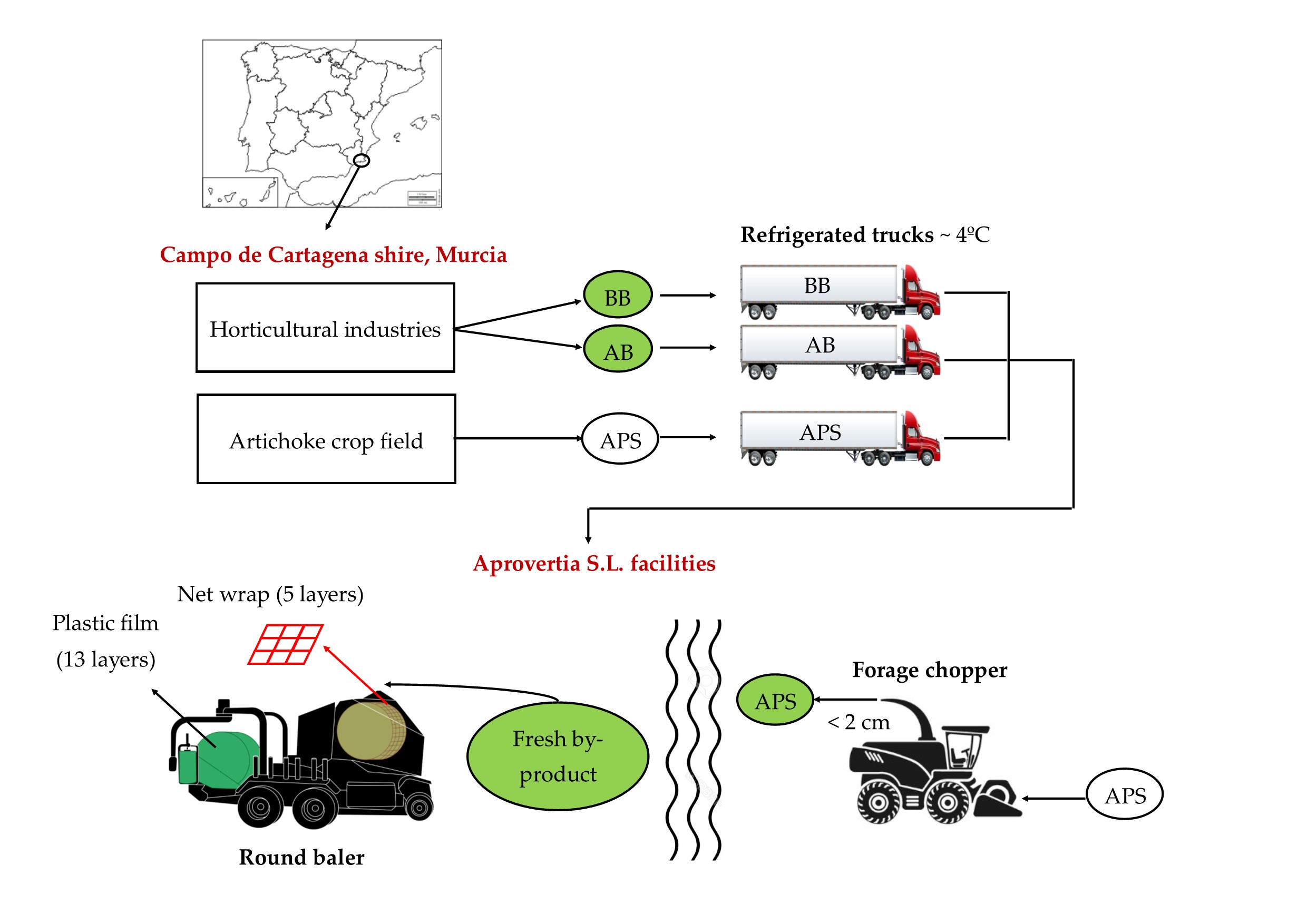 Figure 2 shows the effect of ensiling on microbial populations. 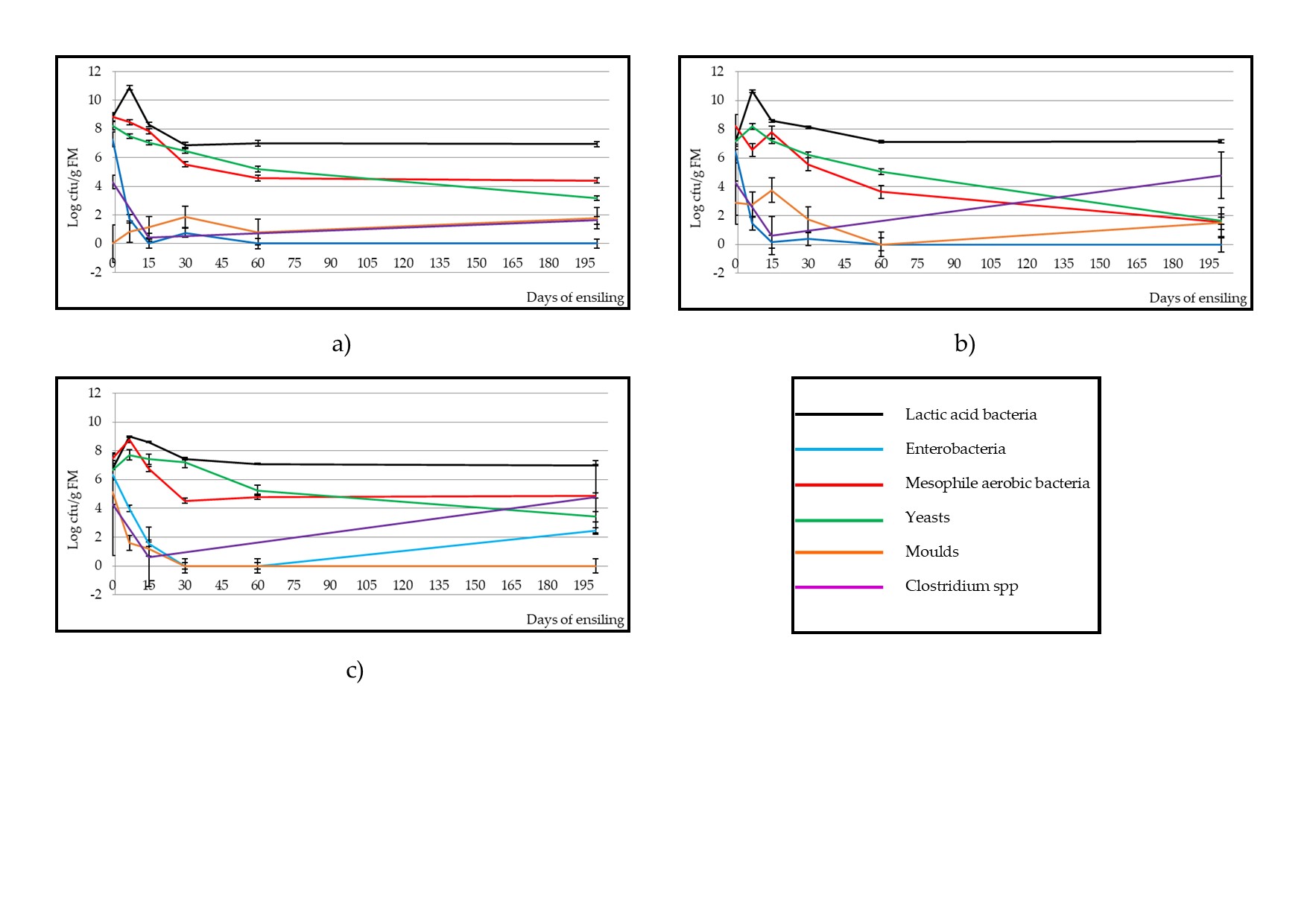 Figure 2. Effect of ensiling on microbial populations in broccoli by-product (a), artichoke by-product (b) and artichoke plant stubble (c) silages.

Figure 3 shows the effect of ensiling on Flieg scores and pH. 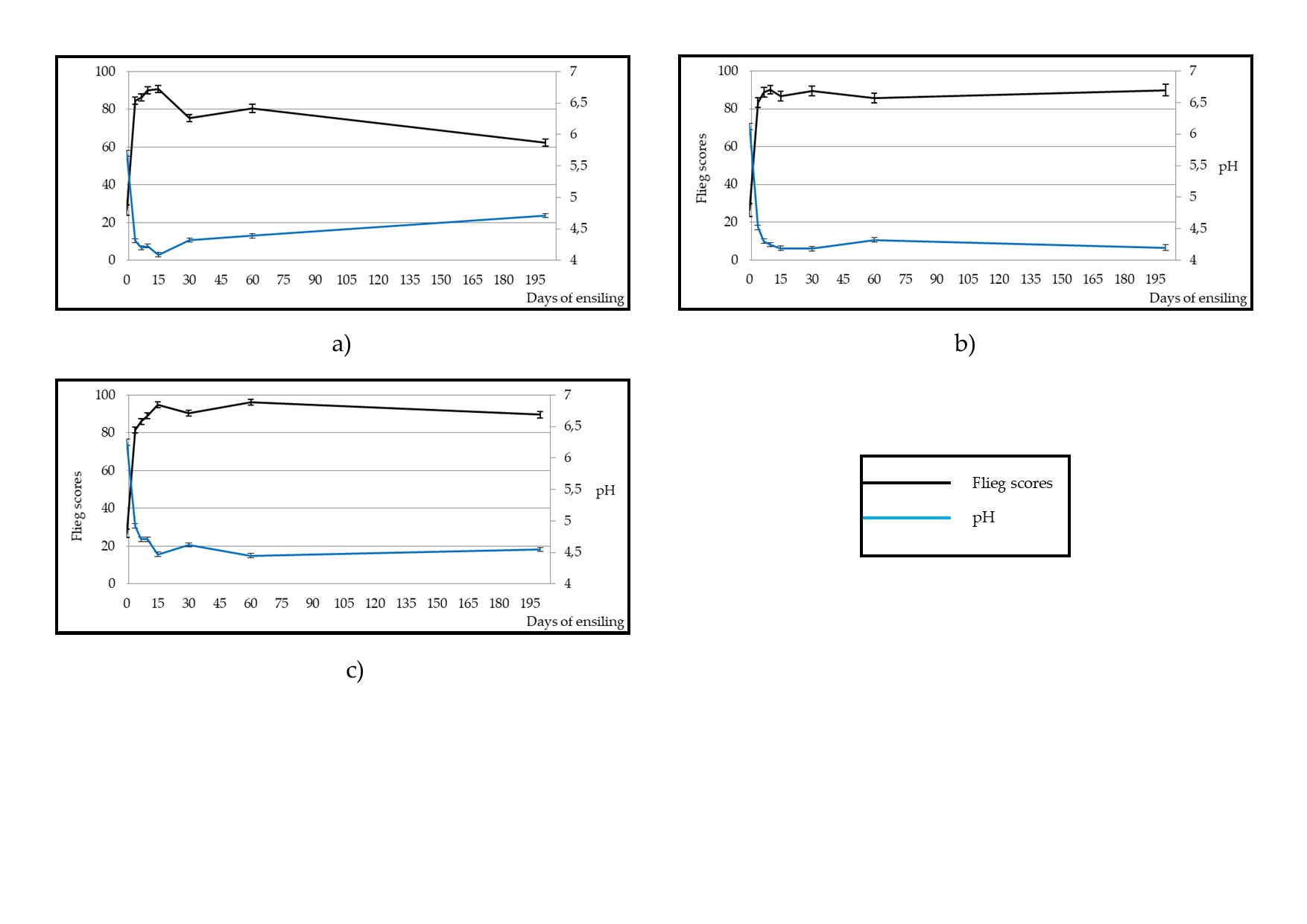 Figure 3. Effect of ensiling on Flieg scores and pH in broccoli by-product (a), artichoke by-product (b)
and artichoke plant stubble (c) silages

Changes in nutritional composition during the 200 days of silage are shown Table 1. 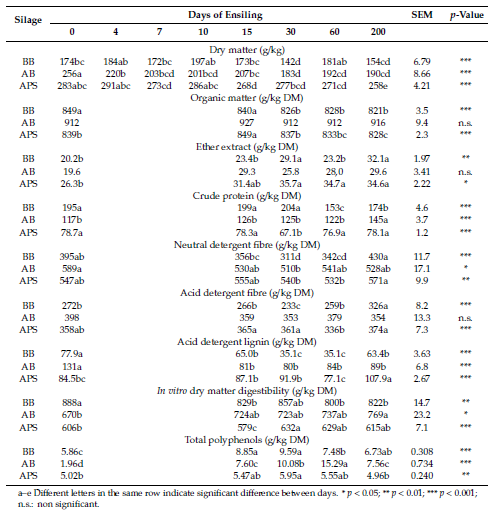 Figure 4 shows the effect of ensiling on sugar content and fermentative components. 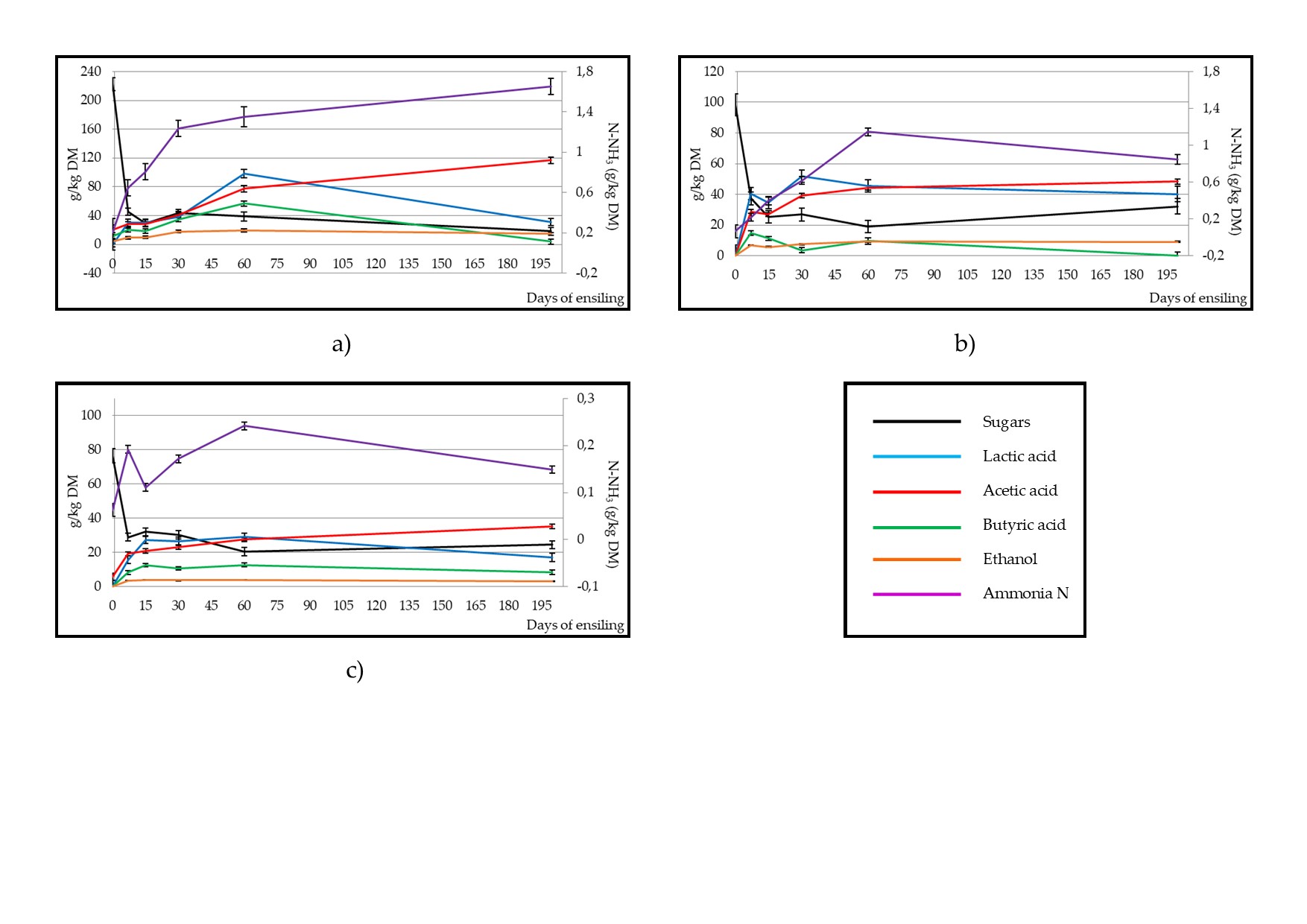 Figure 4. Effect of ensiling on sugar content and fermentative components in broccoli by-product (a),
artichoke by-product (b) and artichoke plant stubble (c) silages.

The cost of the three silages was much lower than that of other ingredients that are part of a conventional diet for ruminants (Table 3).

According to the values obtained for microbiology, physico-chemical parameters and fermentative and nutritional components, stabilisation of studied by-products was achieved on day 30. Thereafter, most variables remained stable or were modified very slightly, as occurred with the count of microorganism populations. The silage’s quality remained high until day 200, as was the hypothesis of this experiment. We may state that ensiling broccoli and artichoke by-products and artichoke plant stubbles in commercial round bale silos is a practical and profitable technique that seems promising because it allows for their conservation over time, especially with artichoke by-products, not affecting their nutritional composition. Further studies should be carried out using them as feed for animals to explore voluntary intake and its effect on production and animal health.