The aging of bone marrow (BM) remains a very imperative and alluring subject, with an ever-increasing interest among fellow scientists. A considerable amount of progress has been made in this field with the established ‘hallmarks of aging’ and continued efforts to investigate the age-related changes observed within the BM. Inflammaging is considered as a low-grade state of inflammation associated with aging, and whilst the possible mechanisms by which aging occurs are now largely understood, the processes leading to the underlying changes within aged BM remain elusive. The ability to identify these changes and detect such alterations at the genetic level are key to broadening the knowledgebase of aging BM. Next-generation sequencing (NGS) is an important molecular-level application presenting the ability to not only determine genomic base changes but provide transcriptional profiling (RNA-seq), as well as a high-throughput analysis of DNA–protein interactions (ChIP-seq). Utilising NGS to explore the genetic alterations occurring over the aging process within alterative cell types facilitates the comprehension of the molecular and cellular changes influencing the dynamics of aging BM.

2. Aging in the Bone Marrow

The BM serves as the integration between the skeleton and the marrow, providing a niche microenvironment for the cells and growth factors residing here. The BM is home to haematopoietic stem cells (HSCs), mesenchymal stem cells (MSCs) and lymphoid and myeloid progenitors, as well as endothelial cells [26]. Stem cells give rise to different lineages (Figure 2) and are known for their ability to regenerate. However, this ability declines with advancing age, which is now known as stem cell exhaustion, identified as one of the key hallmarks of aging [4][17]. Whilst the different stem cells and immune cells all coexist within the BM niche, how their functions are altered with advancing age have been investigated separately [19]. This section summarises the changes associated with aging amongst the various cell types and the BM in general. 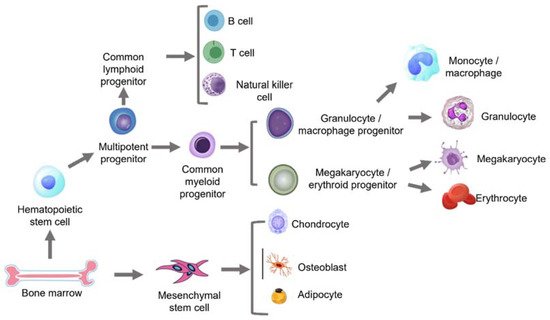 Figure 2. An overview of the lineages arising from the HSC and MSC populations.
The bone marrow gives rise to both self-renewing HSCs and MSCs. HSCs further turn into multipotent progenitors that form common lymphoid progenitors (CLPs) and common myeloid progenitors (CMPs). CLPs finally form B cells, T cells and natural killer (NK) cells, while CMPs give rise to myeloid cell types that include the different types of granulocytes/macrophage progenitors and megakaryocyte/erythroid progenitors. MSCs differentiate into chondrocytes, osteoblasts and adipocytes, which eventually form the cartilage, bone and fat in the human body, as summarised in Figure 2, which has been recreated and adapted from Wang et al. [27].

The BM niche is the unique microenvironment that is provided by the distinctive architecture of the bone, the cellular components and the growth factors and proteins within it. The two major types of stem cells, i.e., haematopoietic stem cells (HSCs) and mesenchymal stem cells (MSCs), give rise to different lineages and, thus, form an essential part of this niche [28]. Being heterogenous in nature, the BM undergoes several alterations with advancing age, including changes in cellularity of the stem cells [29] and loss of the ‘bone–fat balance’ within the BM [30]. Age-related bone loss and decline in bone strength and density, followed by an increased vulnerability to BM and/or bone-related diseases like osteoarthritis, myelodysplastic syndrome and haematological malignancies, are also well-documented [16]. The underlying causative factors for these changes have been proposed to be a combination of several of the ‘hallmarks of aging’, including oxidative stress due to ROS, DNA damage, mitochondrial dysfunction and cellular senescence (Figure 3) [4][17]. 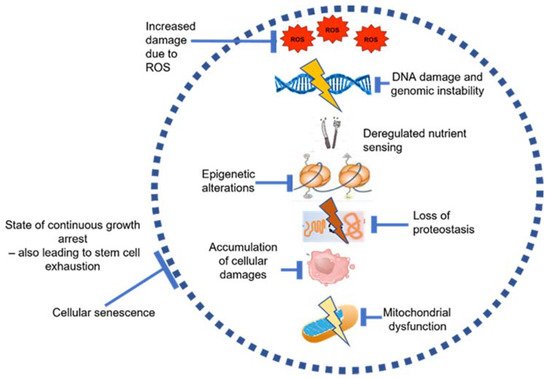 Figure 3. Underlying causes of aging inside the BM, recreated and adapted using information from Lopez Otin et al. [4] and González-Gualda et al. [31].
More recently, Guidi et al. established that the aged BM niche ‘restrains rejuvenated HSC’. They found that using rejuvenated old HSCs upon transplanting into the BM of young mice was able to partly sustain youthful functions and suggested that age-related changes in stem cells potentially result from both cell intrinsic factors and extrinsic factors (niche) of the BM [32]. Metabolically, an accumulation of free fatty acids (FFA) combined with the decline in the levels of nucleic acids and the amino acid pool has been documented, potentially due to the signature oxidative stress revealed in their transcriptome data associated with mitochondrial dysfunction [33]. Apart from these, the process of myeloid skewing, a process where the lymphoid cells become more myeloid-oriented in the elderly, is also a key indicator of BM aging [34].
Whether it is the altered microenvironment (cell extrinsic factors) leading to the reduced functionality of the cells within the BM with advancing age or the intrinsic properties of the cells or a combination of both these factors influencing this age-related change, investigating changes in the BM cells are key to elucidating the mechanisms of these age-related changes. The fact that the stem cells residing within the BM are self-renewing, being used for various cell therapy applications and are also the progenitors of cells of different lineages and functions makes them the ideal candidates for these investigations and for exploring age-related changes at the single-cell and genetic levels.

HSCs were the first identified stem cells and, to this date, remain the stem cells that have been explored extensively for their self-renewal abilities throughout the entire lifetime of an individual. However, they lose their ability to regenerate and replenish the other cell types rising from them with advancing age [35]. While studies have indicated that their numbers increase in the elderly, it has been debated that this increase is a compensatory mechanism for their loss of functionality in the BM. Reports have also suggested that larger fractions of HSCs in the aged are less quiescent and undergo cell division as compared to those in the young, potentially due to the accumulation of higher levels of ROS over time [36]. This, in turn, affects the repopulating capacity of HSCs in the elderly. Strzelecka and Damm discussed in depth the changes observed in aging haematopoietic cells, outlining that the readout of the transcriptome is a good indicator of the cellular state [37].
Along with an increase in the number of cells with decreased functionality, the regenerative and homing capacities of aged HSCs are also shown to be lower in the BM. They suffer metabolic changes [38], impaired autophagy and disrupted protein homeostasis, which altogether impact the regeneration potential of BM HSCs [39]. Furthermore, the myeloid bias is enhanced during both inflammation, as well as during advancing age, leading to myeloid skewing in HSCs, indicating further responses towards the concept of inflammaging [16]. In young individuals, haematopoiesis is normally supported via various HSC clones with similar potential. However, in the elderly, in spite of an overall increase in the number of HSCs, only a smaller proportion of the clones contribute to blood formation [40]. This condition is known as clonal haematopoiesis of indeterminate potential or CHIP, which has increasingly been observed in people between the ages of 55 and 60 and has been linked with haematopoietic malignancies [41].

MSCs (also referred to as skeletal stem cells or SSCs) within the BM are the cells that can form into at least three types of tissues—the bone, fat and cartilage (property often referred to as trilineage differentiation). They are also known for their trophic factors and immunomodulating properties, making them very desirable for extensive use in cell therapy applications [42]. These cells are usually identified in vitro by plastic adherence; trilineage differentiation and by the expression of CD73, CD105 and CD90 as per the International Society of Cell Therapy (ISCT) [43]. However, other markers like SSEA4 and phenotypes CD45low and CD271+ are also used for the identification of uncultured BM MSCs [44].
These cells are well-known for regenerative properties, which are reported to decline with advancing age. Studies have reported a decline in their number [45][46], decline in their proliferative potential [47][48], increased bias towards adipogenesis at the expense of osteoblast formation, resulting in decline in bone formation, and enhanced fat formation [49] and decrease in migratory properties [50]. More recently, potential links have been made between the intrinsic type 1 interferon profile within MSCs and their ability to respond to DNA damage [51]. The work by Josephson et al. established the effect of age-related inflammation in MSCs by demonstrating a decline in the number of MSCs and impaired bone regeneration capacity in mice models. They also found that ‘circulating systemic factors’ in the BM of the aged contributed to MSC aging, confirmed by the presence of higher levels of TNF-α, IFN-γ and IL-6 [48], which are also classical indicators of inflammaging.