The spleen is a secondary lymphoid organ that belongs to the reticular-endothelial system, directly connected to blood circulation. The spleen is greatly involved in the immune response, especially against capsulated bacteria. Splenectomy plays a fundamental role in the treatment of numerous pediatric hematologic disorders. Taking into account all the possible complications (especially infections) linked to this procedure, partial splenectomy has been proposed as a treatment that allows the reduction of infectious risk. This approach has proven safe and feasible in most patients, but multicentric and prospective studies are necessary to more accurately define the indications for performing partial splenectomy.

1. Anatomy and Functions of the Spleen

The spleen is a secondary lymphoid organ that is part of the reticular-endothelial system. Its peculiarity is given by its faster and more immediate action, because of it is connected to the blood circulation directly and not through the lymphatic vessels like the other lymphoid organs [1]. The spleen is located in the abdominal cavity, at the level of the 10th rib in the left hypochondrium, between the gastric bottom and the diaphragm. It has a diaphragmatic face, smooth and convex, in contact with the abdominal face of the diaphragm, and a visceral face in contact with the back wall of the stomach, with the upper pole of the left kidney and sometimes with the left adrenal, with the left colic flexure and the tail of the pancreas. The spleen is almost surrounded by the peritoneum that adheres tenaciously to its capsule. The vascularization of the spleen is ensured by the splenic artery, a branch of the celiac trunk, which enters the organ at the level of the hilum and then divides into central arteries and arterioles. The size and weight of the spleen vary according to age and may vary depending on different situations in the same individual. On average, in the adult the spleen measures 10–12 cm of length, 7 cm of width, 3–4 cm of thickness and weighs on average 150 g. Often, in proximity to the spleen or more rarely, at a distance throughout the abdomen, small encapsulated nodules of splenic tissue, called accessory spleens, can be found. They may be isolated or in continuity with the spleen through thin splenic tissue bridges. This finding is present in 10–15% of subjects. From the embryonic point of view, it develops starting from the 6th week of intrauterine life with the formation of multiple nodules that originate from the celomatic epithelium and the mesenchyme of the dorsal mesogastrium. These nodules then merge giving the initial lobular appearance of the spleen. The vascular network is well-developed toward the 8th–9th week, while between the 11th and the 12th week the differentiation of blood cells, macrophages and arteries, veins, capillaries and sinusoids are completed and the spleen is thus ready to produce blood cells.
The spleen is covered by the capsule, a fibrous lining from which some trabeculae branch to form a net that constitutes the splenic stroma. Inside this network there are the red and the white flesh, at the margins of which the fibrous reticulum thickens, forming the marginal zone. The white pulp represents about the 25% of the splenic tissue and consists entirely of lymphoid tissue, which may be divided into three sections: periarteriolar lymphoid sheaths (PALS), germinal centers and marginal zone. Splenic white pulp is organized around central arteries in the form of PALS, which are populated mainly by T lymphocytes. Germinal centers contain lymph follicles with actived B lymphocytes that produce antibodies, following an antigenic stimulus. Finally, the marginal zone develops between the white pulp and red pulp. It contains antigen-presenting cells (APCs), such as macrophages. Splenic arterioles then cross the marginal zone where they thicken macrophages and fibroblasts and finally reach the red pulp, which represents 75% of the spleen. In the red pulp, they form venous sinusoids which are surrounded by a tissue rich in macrophages and are internally covered by endothelial cells. Outside of these venous sinuses, the red flesh is structured in the cords of the spleen, a network of reticular fibers, fibroblasts and macrophages with high phagocytic activity. Figure 1 represents the main anatomical features of the spleen [2]. 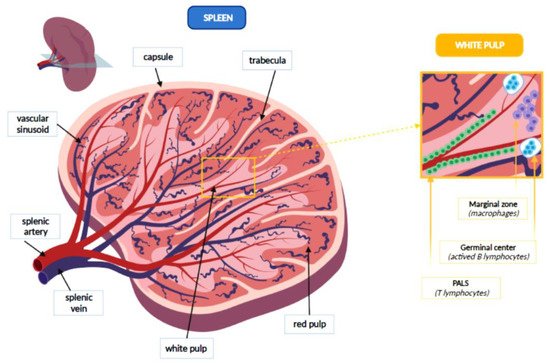 Figure 1. Anatomical features of the spleen.
Numerous body functions are carried out in the spleen, such as phagocytosis, hematopoiesis, deposition and immune response. Splenic macrophages show a high phagocytic capacity, due to the presence of lysosomes rich in enzymes very active in hydrolysis and destruction of tissue debris, corpuscular substances and opsonized infectious agents. In addition to these cells there are numerous mononucleate dendritic phagocytes which are only moderately phagocytic. They perform the function of antigen-presenting cells, by activating the response of T and B lymphocytes, which are present in the white flesh and then migrate in the splenic cords and the bloodstream [3]. The macrophages of the spleen also perform haematocatheretic function against old, damaged or altered blood cells. As the red blood cells are destroyed, bilirubin is channeled through the blood flow to the liver for the excretion. The sphere is widely reused at the bone marrow level, while iron is recycled at the bone marrow level. Splenic phagocytes may remove some intracytoplasmic inclusions of red blood cells (Howell-Jolly bodies, erythrocyte pits), without destroying entirely the red blood cell. The role of hematopoiesis is played during the four months of intrauterine life and usually ends after birth, although in some particular situations, the stem cells that persist in the red pulp even after birth may resume a hematopoietic function. In addition, the spleen has a lymphopoietic function, which helps to form a circulating reserve of T and B lymphocytes and mononucleate phagocytes. A further role of the spleen is the blood deposit, thanks to the rich vascularization of this organ that may filter 150 mL of blood per minute. In some cases, such blood its blood cells can be poured into circulation in response to particular situations (anemia, bleeding), following adrenergic stimulation that causes the contraction of the spleen. Thus, the spleen is a fundamental organ in both innate and adaptive immune response, but it also determines the clinical manifestations of certain congenital and acquired hematologic disorders (such as anemia, thrombocytopenia) that may require its removal [2].

Splenectomy is a surgical procedure that is performed on about 6.4–7.1 people per 100,000 each year. About 25% of splenectomy interventions are performed as a result of abdominal trauma that causes rupture of the spleen resulting in intraabdominal bleeding and risk of hemodynamic shock. Another 25% of operations are performed for the treatment of hematologic disorders. Less frequent causes of splenectomy are consequent to intrinsic injuries of the spleen, tumors, abdominal surgery, accumulation or vascular disease [4].
In splenectomized patients, a significant problem is represented by overwhelming post-splenectomy infections (OPSI) that are characterized by a sudden and rapid general deterioration that occurs after about 24 h from the onset of the first infectious sign, such as flu, up to the framework of fulminating sepsis with CID and septic shock that can quickly lead to death [5][6]. The incidence of sepsis in splenectomized children is currently between 1.8–4%, with a mortality that can reach about the 50% of cases. This incidence is at a maximum in the first three years after the splenectomy and then is progressively reduced, persisting throughout the life span and being able to occur even after 50 years. In the first five years of life, a risk between 60 and 100 times greater than non-splenectomized subjects is estimated [7].
The age of the child (maximum under 2 years and however high up to 5 years), the time elapsed from the splenectomy (greater risk in the first 2–3 years that then decreases without ever zeroing and resurfacing after 60 years), the basic disease (drepanocytosis, thalassemia and some neoplastic pathologies and in traumas) are known as risk factors for OPSI [8][9][10].
Splenectomy should therefore be avoided up to five years of life, when possible. OPSI are caused mainly by capsulated bacteria (Streptococcus pneumoniae in 50% of cases, to a lesser extent Haemophilus Influenzae type b, and Neisseria Meningitides) [11][12]. In addition, splenectomized children have a higher risk of developing severe forms of Malaria, Bordetella, Babesiosis and secondary dog bite infections (such as Capnocytophaga canimorsum) [13][14].
Vaccination is the most effective prevention tool for splenectomized patients. Children should be vaccinated two weeks before the splenectomy, when the surgery is planned electively, as in the case of hematologic disorders. In those cases when the splenectomy is performed in an emergency, vaccination should be carried out from 14 days after surgery, although some data suggest that they can be effective even in the immediate peri-operative time [15].
Adherence to vaccination recommendations has proved very variable and unsatisfactory in most splenectomized subjects [16]. Moreover, a vaccine failure or an infection caused by a pathogen other than those provided by the vaccination coverage (Pseudomonas Aeruginosa, Escherichia Coli) may occur even in those who appropriately follow the proposed vaccination schedule. Orally administered penicillin is the indicated antibiotic. Although for the recent outbreaks of resistant bacteria, amoxicillin-clavulanic acid and trimethoprim-sulfamethoxazole or, in allergic subjects, erythromycin, are now recommended. There is less consensus on the duration of the above-mentioned prophylaxis.
Splenectomy may generate a prothrombotic state, with consequent increased risk of venous thromboembolic disease, such as thromboembolic pulmonary hypertension. Thus, splenectomy is recognized as a potential risk factor for chronic thromboembolic pulmonary hypertension (CTEPH) [13]. Recently, Zhang et al. performed a systematic review and meta-analysis to explore the association between splenectomy and CTEPH, finding a prevalence of splenectomy in CTEPH of about 4% [17].
From a surgical point of view, the laparoscopic approach is preferable as it reduces intraoperative complications, post-operative pain and hospitalization time. Currently, the improvement of surgical techniques has allowed to extend the laparoscopic approach to this procedure [18]. Partial splenectomy consists of removing 70–80% of the spleen, as it has been shown in experimental models that the remaining 25–30% of the initial splenic tissue may ensure its immune action. The benefits of a partial splenectomy could be greater in patients with a high risk of infection, since the residual splenic tissue could ensure the desired hematologic effect, maintaining a good immunological function and reducing the risk of severe sepsis in children. Despite these assumptions, current data are limited, not allowing to clearly define the risk/benefit ratio of this procedure [19].