Disposal of palm oil mill effluent (POME), which is highly polluting from the palm oil industry, needs to be handled properly to minimize the harmful impact on the surrounding environment.

The rapid growth of the palm oil industry worldwide has invited serious water pollution in aquatic systems. Large crude palm oil (CPO) production has resulted in an increase in palm oil mill effluent (POME) generated from the CPO process. Each ton of CPO production produces about 2.5–3.0 m3 of POME [1]. Huge amounts of POME with a high concentration of organic content have implications in environmental pollution if not handled properly. POME is declared as one of the most difficult wastes to handle due to its large production and ineffective processing technology.
Fresh POME is generally acidic (pH 3.3–4.6), high in temperature (60–80 °C), thick, brownish in color with solids (1330–50,700 mg/L), with oils and fats (190–14,720 mg/L), a biochemical oxygen demand (BOD) of 8200–35,000 mg/L, and chemical oxygen demand (COD) of 15,103–65,100 mg/L [2]. Regulations regarding quality standards for the discharge of POME into the environment or water bodies to prevent the negative effects of POME waste have been established. The latest regulations state that the COD and BOD standards were set at lower than 250 mg/L and 100 mg/L, respectively.
The most widely used POME waste treatment is conventional treatment using an open pond system through anaerobic and aerobic decomposition processes. The disadvantage of this system is that apart from requiring a large area of land and a long retention time, it can also emit harmful gases such as methane gas and cause sludge build-up [3]. Therefore, conventional treatment is very inefficient for treating POME. In recent years, various treatment methods have been developed to eliminate and reduce POME pollution [3]. These methods include composting [4], fermentation [5], coagulation flocculation [6], adsorption [7], flotation, membrane technology [8], steam reforming [9], and advanced oxidation processes [10]. Among these technologies, photocatalytic technology is a viable wastewater technology to reduce environmental pollution especially POME waste due to it being eco-friendly, not involving sludge formation and other harmful substances, as well as being cost effective, operated at ambient conditions, and a sustainable process, which addresses the issues of energy consumption and environmental remediation [11].
TiO2 is by far the most widely used photocatalyst due to it exhibiting strong oxidizing ability, stability, and high efficiency against organic compounds [12][13]. However, the main drawback of TiO2 is its wide band gap (~3.2 eV), which limits its light response to the UV region. As a result, this photocatalyst can only take advantage of less than 6% of the solar energy impinging on the Earth’s surface, and its potential as a sustainable technology cannot be entirely fulfilled [14]. Therefore, during the last few years an increasingly great number of new photocatalysts have been developed and tested as possible alternatives to TiO2 based photocatalysts. In this context, the feasibility of using some well-known photocatalysts like bismuth vanadate (BiVO4) has been reconsidered in light of recent advances in nanotechnology.
BiVO4 is a less expensive photocatalyst with a narrower band gap (2.4 eV) than TiO2, which is capable of harvesting visible light for photocatalytic processes [15][16]. BiVO4 has been reported to successfully degrade and reduce organic pollutants in wastewater, using methylene blue [17], rhodamine blue [18], and methyl orange [19] as model compounds. The photocatalytic efficiency is closely related to the structure, crystal dimensions, size, morphology, optical band-gap energy, and surface shape. It is also generally considered that the synthesis method and the operating conditions used were the main critical parameters to achieve optimum efficiency removal [17]. Several studies have been carried out on the synthesis of BiVO4 with various methods including coprecipitation [20], hydrothermal [21], and sol-gel methods [22]. Among these methods, the sol-gel method is becoming increasingly used because it requires only simple equipment and a low process temperature, compared to the traditional powder method [17]. However, up to now there has been no research that has developed a BiVO4 photocatalyst specifically for POME waste treatment. 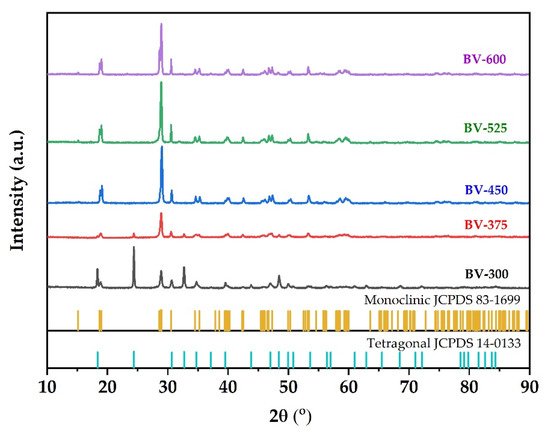 Figure 2. Schematic diagram of BiVO4 in two different crystal structures, namely tetragonal and monoclinic phases. Adapted from ref. [25].
Raman spectroscopy can provide more structural information and is used to support the transformation phase from tetragonal to monoclinic phase by increasing the calcination temperature. The Raman spectrum of the BiVO4 photocatalyst with different calcination temperatures is shown in Figure 3. In the BiVO4 spectrum, the peaks at 827 cm−1 and 854 cm−1 correspond to the symmetrical V-O stretching mode of monoclinic and tetragonal phases, respectively. The weak shoulder peak near 710 cm−1 was designated as the monoclinic V-O asymmetric stretching mode, while the shoulder peak near 755 cm−1 was designated as the tetragonal phase. The double peaks observed at about 328 cm−1 and 366 cm−1 were associated with an asymmetric bending mode (VO4) and a symmetric bending mode (VO4) respectively. The peaks at 126 cm−1 and 210 cm−1 correspond to crystal lattice vibrations for the monoclinic phase while the peak at 247 cm−1 is attributed to the tetragonal phase (external mode). The Raman spectra clearly confirmed the phase transformation from tetragonal to monoclinic phase obtained from XRD measurement (Figure 1) at a calcination temperature of 375 °C (BV-375) indicated by the absence of the peaks at 247, 755, and 854 cm−1. 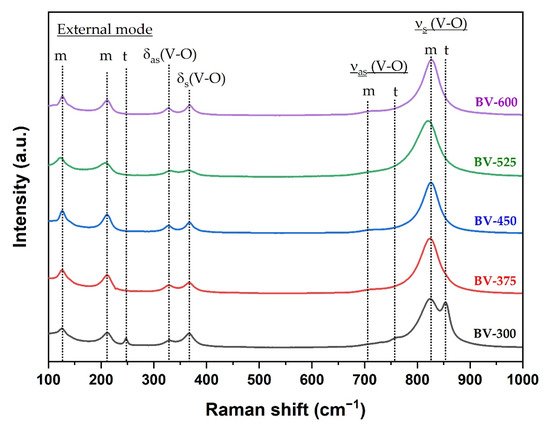 Figure 3. Raman spectra of the BiVO4 samples synthesized at different calcination temperatures where m and t are attributed to the monoclinic and tetragonal phases, respectively. 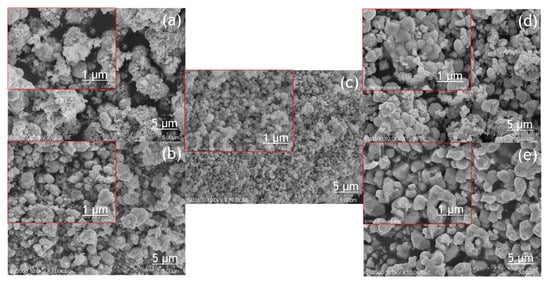 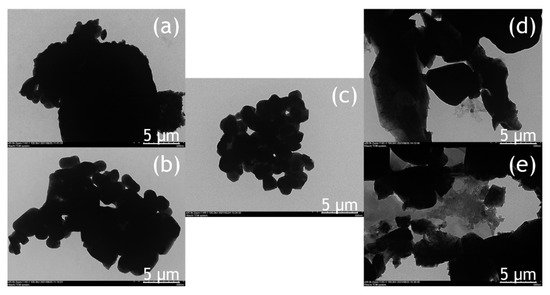 Figure 5. TEM image of the photocatalyst of BiVO4 nanoparticles: (a) BV-300, (b) BV-375, (c) BV-450, (d) BV-525, and (e) BV-600.
The TEM image (Figure 5) provides a clearer visualization of the morphology of the BiVO4 photocatalyst at different calcination temperatures. The BV-450 photocatalyst mainly consisted of small granules, while BV-300, BV-375, BV-525, and BV-600 exhibited irregular shapes. The estimated size of the BV-450 photocatalyst showed predominantly particles with sizes around 150 nm. The good morphology of BV-450 shows the feasibility of these nanostructures for photocatalytic applications.
The atomic compositions of the BiVO4 photocatalyst were further studied by energy-dispersive X-ray spectroscopy (EDX) and the corresponding results are shown in Table 2. For all photocatalysts obtained at different calcination temperatures, it consisted of Bi, V, and O with various composition percentages while no additional elements were detected, indicating that the chemical composition of the synthesized BiVO4 exhibited good product crystallinity. In addition, EDX analysis was carried out to ensure the consistency of the Bi/V ratio between the starting material and the final product within the error range of the experiment. The atomic ratio of the Bi/V trend fluctuated at different calcination temperatures, indicating that the size of the BiVO4 nanoparticles is not uniform and agglomeration occurs occasionally, which was also confirmed by TEM analysis (Figure 5). These results are also in line with those reported in previous studies [26]. In addition, the alteration of the Bi/V ratio indicated lattice distortion and thus generating defect sites on the bulk and/or surface of BiVO4 photocatalyst [27].
Table 2. Atomic composition quantification using EDX analysis of the BiVO4 photocatalyst with different calcination temperatures.