frugiperdastrains with 18- and 28-fold resistance to organophosphate and pyrethroid insecticides compared with susceptible strains. This situation has allowed the insect to increase its population density, causing insecticide resistance to compounds such as DDT, cyclodiene organophosphates, carbamates, and pyrethroids, generating the need for new molecules with potential activity.

The fall armyworm, Spodoptera frugiperda (J.E. Smith, 1797), is a lepidopteran insect of the family Noctuidae. The larval stage of this pest has a food preference for leaves and tender shoots, especially buds, becoming a chewer of plant tissue [1]. Its feeding habits make it a polyphagous, migrating, destructive pest of crops in the Western Hemisphere. It also has a high capacity for dispersal and adaptation and a preference for a variety of host plants [2][3].

Another feature of this pest, which has possibly given it fame among crop pests, is the process of divergence, that is, the crossing of biotypes. Such behavior was detected in 1986 by Pashley and co-workers through studies on feeding behaviors and allozymes by PCR techniques and sequence level [4][5][6].

Two biotype strains of S. frugiperda , known as “rice” and “corn,” have been identified based on the genetic diversity in the COI mitochondrial gene, determined by the fact that organisms belonging to the biotype corn have a high preference for crops of corn, sorghum, and cotton crops. In contrast, the rice biotype prefers rice and grass [5][7], is sensitive to the type of host plant, and presents a differential behavior to the control strategies, the corn biotype being more resistant to Bacillus thuringiensis and chemical insecticides (carbaryl, diazinon, cypermethrin, methyl parathion, and methomyl) than the rice biotype [5][8]. All these characteristics led researchers to regard it as a plague of global economic importance.

In this work, we review the use of chemical compounds, plant extracts, and metabolites derived from plants, organisms, and sex pheromones implemented or proposed as new strategies for controlling S. frugiperda , updating the effective doses used, structure–activity relationship of different molecules, susceptibility in the biological cycle, involved biological receptors, and new reports of distribution of natural enemies of S. frugiperda .

Some synthetic derivatives from natural metabolites, such as flavonoid derivatives containing chromone (4 H -Benzopiran-4-one), are another kind of insecticide. These compounds are part of natural metabolites with a wide distribution in green plants. The flavonoids have a protector effect from ultraviolet light and microbial damage, and some synthetic derivatives have shown insecticide activity. For example, Romanelli et al. [9] obtained a series of 9 flavonoid derivatives of 1-(2-hydroxyphenyl)-3-aryl-1,3-propanediones. Its base structure is shown in Figure 1 . These compounds were evaluated in 2000 mg/kg doses on larvae of S. frugiperda in the first stage, applying the mixture by aspersion on 1.5-cm maize leaves. Mortality and time of death were evaluated, and the authors concluded that halogenated flavones had insecticide activity. 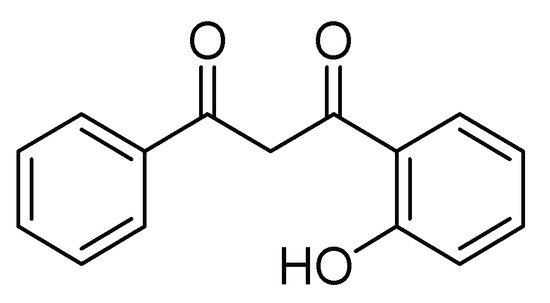 In this same sense, new compounds have been synthesized from active molecules of natural origin with insecticidal activity, such as matrine, a heterocyclic compound derived from quinolizidine isolated from the roots of Sophora flavescens (Aiton) and Sophora alopecuroides L. These molecules were introduced to groups of 1-pyrrolidinecarbodithioate and diethylcarbamodithioate to improve their activity through chemical synthesis, enhancing this activity at low concentrations; the structures of these new matrine derivatives are shown in Figure 2 [1].

Other compounds tested are gamma-aminobutyric acid (GABA) antagonists, which resulted in an exciting drug target in lepidopteran and other plagues. Dent et al. [10] discovered the new heterocyclic compounds shown in Figure 3 with high insecticide activity using the “competitive-intelligence-inspired scaffold-hopping” method to obtain fipronil analogs known to be GABA antagonists. These new heterocyclic aryl amines (HAA) showed a broad spectrum of activity on second instar larvae of a set of chewing insect pests. About 370 modifications of the HAA central structure were made, finding a 7-pyrazolopyrimidine lead molecule with better activity against a group of plague insects. Its effectiveness was 2–4 times better in field tests than the commercially available standards. In the search for new insecticides, 4,5-dihydropyrazolo [1,5- a ] quinazoline derivatives have also been included as GABA receptor antagonist inhibitors, resulting in a mortality of up to 79.63% [11].

Derivatives of 7-chloro-4-(1 H -1,2,3-triazol-1-yl) quinoline ( Figure 4 ) have been evaluated on the fourth instar of S. frugiperda to explore their insecticidal and antifeedant activity and acetylcholinesterase inhibition. This family of compounds has become a structure of interest for the search and design of new bioactive compounds in medicinal and agricultural chemistry [12]. The characteristics of each of the biological evaluations are listed in Table 1 . 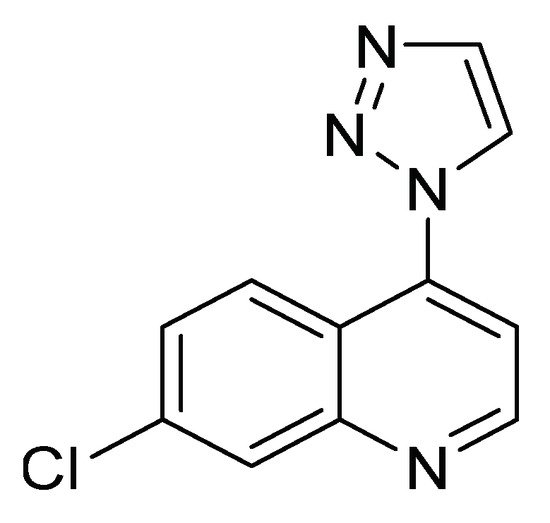 3. Extracts and Metabolites from Plants

Lizarazo et al. [17] evaluated with the second instar larvae of S. frugiperda (corn biotype) the insecticide and antifeedant effect of metabolites present in ethanolic, and dichloromethane extracts obtained from the plants Polygonum hydropiperoides L., Solanum nigrum L., and Calliandra pittieri (Standl.) . With the dichloromethane extract of P. hydropiperoides at different doses (1 mg/L, 2.5 mg/L, and 5 mg/L), they found that 2.5 mg/L had the best insecticidal and antifeedant effect on larvae of S. frugiperda with a mortality rate of 100% 12 days after application, and an antifeedant effect, represented by the consumption of maize foliage below 4%. The authors indicated that one of the metabolites is retinoid ( Figure 5 ), which affects the nervous system and cell respiration in insects [17].

Figure 5. Retinoid: metabolite with an insecticidal and antifeedant effect.

Moreover, it has been observed that some seeds of different fruits, such as papaya and orange, have an insecticidal food effect against first instar larvae of S. frugiperda . Such is the case of seeds of Carica papaya L., varieties Maradol, Mamey, Yellow, and Hawaiian. In powder form and at concentrations of 10 and 15%, they have larvicidal activity [18]. Carica papaya var. Maradol extracts in chloroform have also been evaluated. This insecticidal activity has been associated with three metabolites, namely palmitic, oleic, and stearic acid ( Figure 6 ) [19]. Other seeds with antifeedant effects are those of Citrus sinensis (L.) Osbeck and Citrus limonia (L.) Osbeck. Their metabolites extracted from both seeds and rinds are structurally related polyphenolic compounds and polysaccharides, which have a strong antifeedant and anti-nutritional effect against S. frugiperda [20]. 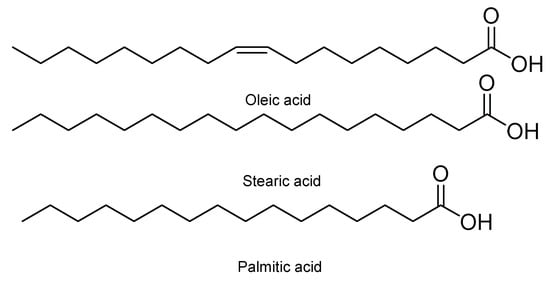 Other metabolites with insecticidal activity are those obtained from the aerial part of the plant of the genus Piper . Secondary metabolites from several species of this genus have shown insecticidal activity against Coleoptera, Hymenoptera, and Lepidoptera, including S. frugiperda . In this regard, Piper subtomentosum (Trel. and Yunck.) metabolites were isolated by bioassay-guided fractionation. These metabolites can disrupt normal biochemical cell processes, producing cell death and therefore death of the S. frugiperda larvae stage. Five flavonoids, namely uvangoletin, galangin, chrysin, 5-hydroxy-4,7-dimethoxy-flavones, and pinostrobin; an amide, N - p -coumaroyl-tyramine; an acylglycerol, monopalmitin; an acid derivative, protocatechuic acid; and a sterol, glycosylated daucosterol, were extracted and evaluated against first instar larvae of S. frugiperda . The most active metabolites were galangin and protocatechuic acid. Their structures are shown in Figure 7 [21].

In another work, Alves et al. [22] investigated the activity against first instar larvae of S. frugiperda of 19 dichloromethane soluble fractions obtained from the metabolic extracts of 10 species of the Annonaceae family. The crust of the stem of Duguetia lanceolata (A. St.-Hil). showed higher insecticidal activity with an LT50 of 61.4 h and an LC50 of 946.5 µg/mL. Then, another ten D. lanceolata specimens were analyzed by metabolomics and by uni and bidirectional RMN spectroscopy. The results indicate that the effect could be attributed to 2,4,5-trimethoxystyrene ( Figure 8 ), suggesting that this compound may be implicated in the insecticide activity of the crust stem fraction of D. lanceolata [22]. 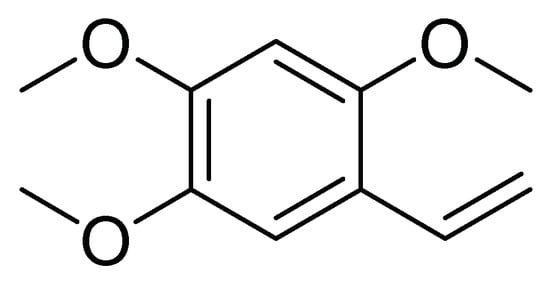 Figure 8. Structure of the active 2,4,5-trimethoxystyrene metabolite from Duguetia lanceolata.

Biological control involves using organisms or their components in pest control. This strategy is based on the natural principle that many species feed, live, and reproduce at the expense of others whose populations are regulated by the first who arrive in the different ecosystems [23]; the term biological control is classified according to the mode of action or process involved as conservation biological control and inoculative or inundative biological control [24].

One of the most studied organisms in biological control is the bacterium Bacillus thuringiensis (Bt). After its exponential growth phase, this bacterium produces a subapical spore and one or more parasporal bodies and composite inclusions of one or more crystal proteins (ICPs) that have specific insecticidal activity, even at the species level [25]. Transgenic plants have been developed to control S. frugiperda , and populations resistant to Cry1 proteins have been characterized in Brazil, Argentina, Puerto Rico, and the southeastern United States [26]. The implementation of Bt in corn and cotton crops with the Cry1A protein has demonstrated an ability to develop strong tolerance quickly. It has been shown that it may not be desirable to use an identically designed biological control for all Lepidoptera species [27].

Another bacterium used for biological control against S. frugiperda is Saccharopolyspora spinosa , class Actinobacteria, which by aerobic fermentation produces spinosyn A and D. This active ingredient acts on the nervous system of insects, causing high activity and excitement, including involuntary muscle twitching, tremors, prostration, fatigue, and death after 72 h. Thus, it has established itself as a control strategy against S. frugiperda and other nematode pests of vegetables [28][29].

Parasitoids such as Campoletis grioti (Blanchard, 1946) (Hymenoptera: Ichneumonidae) , Chelonus insularis , and Archytas marmoratus have been reported in localities of Argentina as frequent parasitoids, and some others, such as Archytas incertus, Ophion sp ., Euplectrus platyhypenae , and Incamyia chilensis. In this study, the authors analyzed the variations between parasitoids in different localities over five years. They reported that the diversity of parasitoids could be attributed to various factors such as insecticides, agricultural and cultural practices, natural enemies, alternative hosts, and climatic factors [30].