The quality of the fibers obtained from alpacas is primarily determined by the mean fiber diameter (MFD) and the presence of medullas. The staple length and crimping are also important. These parameters depend on many genetic and phenotypic factors, such as age, sex, and the color of the coat.Alpaca wool is luxurious and, hence, arouses great interest among consumers. However, the drawbacks of this wool are its variation in thickness and the proportion of medullated fibers. Knowing about variations in the quality characteristics of the wool on an animal’s body can help in properly evaluating and using this wool.

The  mean fiber diameter (MFD), not only of alpaca wool but also of sheep wool, mohair, cashmere, and vicuna wool, varies depending on the site of the body it is sampled from. This is indicated by studies completed on the variability of fiber diameter, staple length, and crimping of merino wool [1], Angora goats [2][3][4], alpacas [5][6], and vicunas [7].
Knox and Lamb [8] reported that fiber diameter varies significantly across the body. The coarsest fibers are on the belly and legs, while the side and neck are finer, and the finest is found on the back [9]. According to the study of Aylan-Parker and McGregor [5], the MFD on the back is about 1.5 µm less than from the side of the animal. In turn, McGregor et al. [6] found that the wool on the shoulder is the finest across 24 sites across the body.
In addition to the variation in fiber diameter for the different sites of the body, there can also be variations in the degree of medullation. According to Aylan-Parker and McGregor [5], the difference between the incidence of medullated fibers on the legs and on the saddle was approximately 11%. The variation in medullation within the fleece in Angora goats was also indicated in studies by Taddeo et al. [2].
In addition to the variation in fiber diameter across the body, the incidence of medullated fibers also varies across the body. These two factors affect the prickliness of the finished product [10][11][12]. Hence, breeding fine-wool alpacas with non-medullated fibers should be the focus of all breeders. This requires a measurement of fiber diameter and incidence of medullation that is representative of the whole fleece on individual animals [13][14][15][16].

2. Variation in Wool Characteristics across the Body in a Herd of Alpacas Kept in Poland

The MFD of the Huacaya alpacas’ wool in the studied herd was 21.97 µm, and the incidence of medullated fibers was 34.95%. Radzik-Rant and Wiercińska [17], in the tests of alpaca wool carried out in another herd in Poland, obtained MFD and incidence of medullated fibers of 25.3 μm and 68.9%, respectively. The wool thickness of alpacas tested by Valbonesi et al. [18] in Peru was 27.4 µm. In another study of the wool of Peruvian alpacas conducted by Pineres et al. [16], the mean fiber diameter and incidence of medullated fibers were 22.1 µm and 67.4%, respectively. McGregor and Butler [19] and McGregor [20], using various methods of measuring fiber diameter in alpacas in Australia, obtained the value of this parameter ranging from 28.8 μm to 29.9 μm. MFD in the studies of alpacas kept in the United States conducted by Lupton et al. [21] was 27.9 μm (Table 1).
Table 1. The results of studies on wool quality carried out on various animal species.
A similar value of average staple length as in the present study (12.6 cm vs. 12.8 cm) in Peruvian alpacas was given by Frank et al. [23] in a review article. Wuliji [24] and McGregor [20][25], in studies on the wool of New Zealand and Australian alpacas, obtained a value of 9.9 cm, < 7.5–>15 and 9.4–7.7 cm for the average staple length, respectively.
The analysis of the examined wool characteristics for different sites of the body in this study showed that the samples representing multiple places on the saddle were more than 1 µm finer than the sample from the midside; it was also characterized by a lower FD CV and a lower incidence of medullated fibers (Table 2). Aylan-Parker and McGregor [5], in determining sampling sites similar to those in the present study, indicated that the finest fibers and the lowest variation in fiber diameter in their sample were collected from the midside. The MS was also characterized by the lowest proportion of medullated fibers. The proportion of the coarsest and largest incidence of medullated fibers was determined by these authors to be in the pieces. Similar results were obtained in the present study. The highest average fiber diameter, and an almost 45% share of medullated fibers, in the tested alpaca herd, was found in the pieces, but an even greater incidence of medullated fibers, compared to P, have been found on the neck. In turn, in studies by McGregor et al. [6], in determining the quality characteristics of the wool from 24 sites on the fleece, it was shown that the finest fibers covered the hind leg, then the shoulder, and the coarsest wool was found on the belly and front leg. In a study of the quality of vicuna wool by Quispe et al. [7], the differences in the MFD for different sites of the body did not exceed 1.5 µm. However, the finest fibers were found on the saddle in the anterior, central, and back sites closer to the dorsal line. Differences in the quality of mohair on the body of Angora goats were noted by Taddeo et al. [2] when analyzing the thickness and medullation of fibers from the belly, neck, midrib, britches, back, and shoulder. The finest wool was found on the back and britches, coarser on the shoulder and belly, and the coarsest was on the neck. In turn, McGregor [22] determined that the finest fibers were on the neck and shoulder, and the coarsest on the britches and back in American bison kept in Australia (Table 6). Sheep fleece was also characterized by variations in the thickness of the wool over the animals’ bodies. According to Fish et al. [1], changes in the value of this parameter run along the dorso-ventral line and from the back to the front.
Table 2. Wool quality attributes for the different body sites.
LSM: least-squares means, SD: standard deviation. Values in the rows with the different letters differ significantly at: a, b: p < 0.5.
In the analyzed herd of alpacas, the longest wool was found on the midside and on the saddle, while the shortest, as in the studies by McGregor et al. [6], was found on the shoulder (Figure 1). Changes in staple length for the different body areas were also recorded in studies on other species of animals. In vicuña, as in alpacas, the shortest wool was found around the neck, and longer wool was found at the back of the saddle [7]. In turn, in Angora goats and in American bison, the fibers on the neck were the longest [2][22] (Table 6). 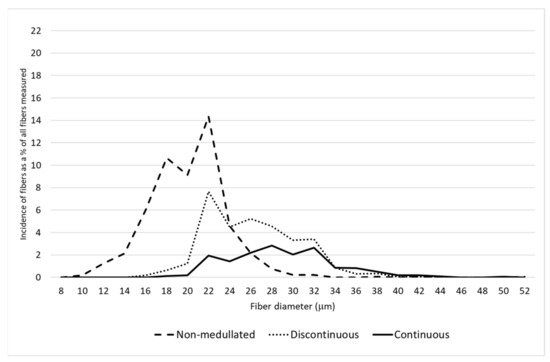 Figure 1. The distribution of each fiber category for the neck.
The present research shows that the pieces should be separated from the fleece in order to make more effective use of the alpaca wool during the technological process. The samples of wool taken from the belly and front and hind legs were more than 4.5 µm coarser than the wool on the midside and more than 5.7 µm coarser than the wool on the saddle (Table 2). All fiber categories had the highest MFD on the pieces. Moreover, a large proportion of fibers above 30 µm, indicating a high prickling factor (Figure 2), leaves no doubt that this area needs to be removed from the entire fleece. According to McGregor et al. [6], in both Australia and Peru, the fleece of alpacas is usually divided into four components, i.e., the saddle, the neck, the skirting or pieces, and contaminated fibers (stained, vegetable matter). The present research, as well as other studies [6][7], indicate that in addition to the pieces, the wool from the neck should be separated from the entire fleece in view of its length and relatively high proportion of medullated fibers. 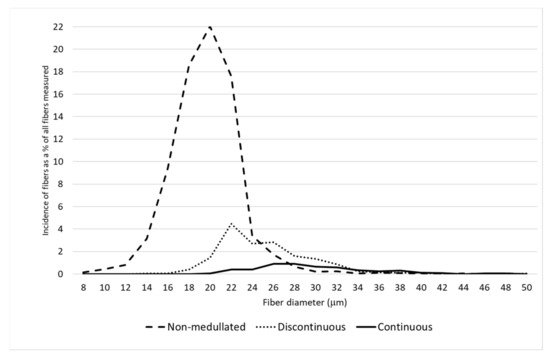 Figure 2. The distribution of each fiber category for the saddle.
The differentiation of the qualitative characteristics of the wool, depending on the site of the body it comes from, hinders proper assessment. Designating a sampling site representative of the entire fleece is extremely important both in conducting breeding work and in assessing the raw material before it is processed. Alyan-Parker and McGregor [5], on the basis of tests conducted on wool thickness and incidence of medullated fibers in alpaca fleeces for sampling sites similar to those in this study, indicated the midside as a recommended site for the analysis of fiber diameter. However, to assess the variability of thickness and medullation, according to the authors, a sample taken from several sites on the saddle should also be taken into account. In the present study, the site that could best represent the MFD after excluding the pieces seems to be the midside. The MFD for MS was the same as the MFD of the fleece without P (20.8 µm vs. 20.8 µm), while the highest correlation coefficient was determined between the MFD of the entire fleece without the P and MS (0.927) (Table 3 and Table 4). The strongest relationship between MS and the fleece without P was also found in the variability of this feature. In the assessment of the incidence of medullated fibers, the proportion of fibers below 30 µm, and staple length, the recommended site could be samples taken either from MS or S (Table 3 and Table 4). McGregor et al. [6] indicated that the middle of the back saddle was the most appropriate site for determining the diameter of fibers in the fleece. Taddeo et al. [2], Fish et al. [1], and Person et al. [26] designated MS as being a representative site to sample for evaluating mohair from Angora goats and merino wool. In studies by Quispe et al. [7], the highest correlation with the thickness of the entire vicuna fleece was found on the central site of the saddle closer to the back line. However, samples taken from the back, central, and anterior of the saddle at different sites were correlated with the variation in thickness and staple length.
Table 3. Wool quality characteristics for the midside, total fleece, and fleece without pieces.
Table 4. The correlations between body sites and the fleece without pieces for wool quality characteristics in the alpacas being investigated.

The analysis of the mean fiber diameter, medullation characteristics, and staple length for different sites of the bodies of alpacas in the studied herd showed that there is a need to separate the pieces composed of wool from the belly and the front and hind legs from the total fleece.
It is also reasonable to exclude the wool from the neck and use it separately due to the high degree of medullation, which may cause an unpleasant prickling effect when using the finished products, and due to it having the shortest staple length of the fleece.
The site recommended for assessing tested wool characteristics could be the midside or a sample taken from several sites on the saddle.