Influence of War and Conflict on Infectious Disease

Infectious diseases as the main reason or as a complication to surgical procedures were the main causes of deaths among soldiers during the Swedish–Russian war in the late 1780s. While the toll on civilians of infectious disease resulting from conflict is harder to measure, there is no doubt that it is far greater still. For these reasons, infectious diseases have been referred to as the “third army” during an armed conflict.

Despite the absence of major international wars, conflict is still prevalent in many parts of the world, caused mainly by ethnic, cultural, and religious factors. While conflict was only the 27th most common cause of death in 2017, violence death is a major issue amongst younger people—the ninth most common cause of death for 15–49 years old globally [1]. The majority of these conflicts are located in low- and middle-income countries in Africa and the Middle East, where socio-economic and health problems are closely linked. While 70% of deaths globally are now from non-communicable diseases; in low-income countries, respiratory infections, diarrheal illness, malaria, tuberculosis, and HIV/AIDs are all in the top 10 causes of death [2]. The burden of these infectious diseases is exacerbated by armed conflict, translating into even more dramatic long-term consequences [3]. The impact of infectious diseases increases in wars and armed conflicts due to disruption to surveillance and response systems that were often poorly developed to begin with [4]. One of the major issues is the affected and disrupted infrastructure, which prevents access to healthcare for both conflict-affected and ordinary emergencies. In addition, many healthcare providers die during armed conflicts due to direct or indirect violence. The result is an insufficient healthcare system, incapable of conducting existing disease control programs and practices in resource-limited countries, and in insecure regions in which levels of humanitarian assistance and coordination between related agencies are extremely poor [5]. It is for this reason that war has been described as “development in reverse” [6].

A rapid evidence review approach was used, by performing a systematic literature search, followed by a non-systematic literature review. This approach summarizes the available state-of-the-art research, even if quantitative outcome data is unavailable in the literature [13]. The study also uses content analysis to study all included articles, focusing on similarities and differences in the findings to present the tentative results [13][14][15]. The initially designed electronic search model used PubMed, Scopus, and Web of Science to create a list of available literature in English, using the following search string: Conflicts; Infectious Disease; Civilians; Casualties; Deaths; Vaccinations, alone or in combination. The search was limited to literature in English.

All original publications and literature reviews were included. Proceedings, editorials, meeting notes, news, abstracts, and non-relevant papers were excluded. A qualitative analysis of the included literature was performed ( Figure 1 ). 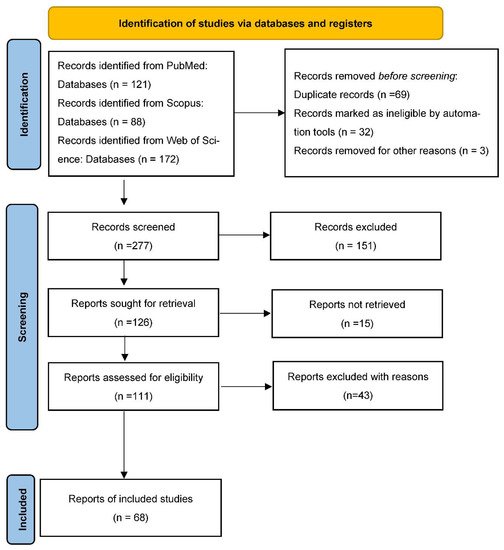 Figure 1. Flow diagram of included records for this study.

The presented analysis has also some limitations. The main limitation of this study is its focus on the published literature in English. Consequently, relevant information in other languages may be missing. The criteria used to narrow the selection of included publications enabled the authors to access eligible data and a feasible number of publications to handle the content analysis and to perform the review. However, the criteria used may have been too selective, resulting in missing information. These limitations can be further addressed as a part of the future research.

It is well-known that conflict adversely affects the health of a population. However, this relationship is complex. Direct losses include disability and death from trauma, psychological injury, and secondary disease and injury associated with gender-based sexual violence [16][17]. Indirect impacts include both the semi-acute surges in infectious diseases described above, but also disruption of the socio-economic aspects of a state’s functionality. It would seem that the topic of war and its impact on the health of the population, as well as the occurrence of infectious diseases, fully shows the impact of the social environment on shaping the health profile of the population. Wars trigger and become promoters of infectious diseases. However, it is poor hygiene conditions, damaged infrastructure, the lack of and difficulty in accessing medical care, as well as the necessity of resettlement and migration, that perpetuate unfavorable conditions and indirectly translate into incidence and mortality rates [18][19].

Ubiquitous violence and direct threat to life are factors that significantly limit or even make it impossible to help the victims, or to apply appropriate prophylaxis to limit the transmission of infections. The occurrence of infectious diseases in armed conflicts carries a real risk of spreading infections to other parts of the world and might be a good reason for creating a global public health system [20][21][22]. Therefore, international assistance is critical and vital, without which countries, often ruined by many years of wars, cannot quickly rebuild their infrastructure and medical facilities [23].

Burkle summarized the declining public health protections within the increasingly complex global public-health environment by emphasizing: “Infectious disease outbreaks have the uncanny capacity to question the status quo, catalyze smoldering unrest, and most importantly, reveal population-based public health imperfections” [24][25]. The situation has remarkably worsened with both increasing autocratic rule and smoldering violence in many countries, as well as the worsening of infectious disease outbreaks, epidemics and pandemics, limiting the capacity and ability of all governments to recover and/or to assist each other. Burkle also claims that: “It is no longer realistic to expect the management of these gaps in infectious disease outbreaks, especially those that threaten to be epidemics and pandemics, are to be capably managed in their present state of willful denial and offenses to protect the public health by many countries” [26]. There are no exceptions. When the current pandemic occurred the World Health Organization declared that there is “no going back to normal.” Only a totally new global public health infrastructure management system supported by a global public health database can possibly begin to address the immense infectious disease challenges ahead, many of which will become increasingly violent [27][28][29][30].

This historically based article reminds us, once again, that social, cultural, political, antimicrobial, economic, and environmental factors have a unique collective impact on infectious diseases. Current decision-making management systems are insufficient and only pass the baton to the next unwary generation.