Google Earth Engine (GEE) is a cloud computing platform that was launched by Google in 2010. Since then, GEE has demonstrated its capacity of preprocessing and mining of geographic big data. GEE enables cloud computation and is an effective tool for carrying out the analysis of global geospatial big data.

Global environmental change is one of the most critical challenges facing attempts to achieve sustainable development. The concept of Earth system science was first proposed by the Earth System Sciences Committee of NASA (National Aeronautics and Space Administration) in the 1990s [1]. This interdisciplinary science emerged to address global environmental change in a way that was systematic and integrated. Yu and Gong [2] identified three challenges facing traditional geographic information science (GIS): (1) the 3D global representation and visualization of geospatial data from local to global scales; (2) the preprocessing and mining of geographic big data; and (3) spatial-temporal techniques for research into geographic processes. There is an urgent need to make significant technological advances to solve global environmental problems [2]. In connection with this, the use of Google Earth Engine (GEE) to analyze environmental problems at global scales is becoming common.

Google Earth Engine (GEE) is a cloud computing platform that was launched by Google in 2010 [3]. Since then, GEE has demonstrated its capacity to address the second challenge listed at the beginning of this section. GEE enables cloud computation and is an effective tool for carrying out the analysis of global geospatial big data. Other cloud platforms that can be used for processing geospatial big data include Amazon Web Services (AWS, released in 2006) and Microsoft Azure (released in 2010) [4]. Compared with other cloud platforms, GEE supports more types of geospatial data (for example, Sentinel and early Landsat data) and provide services free to all users, which is especially important in less developed countries. GEE is currently the most popular cloud computing platform in Earth system science and was extensively used to process data related to a variety of fields concerned with environmental change, including agriculture [5][6][7][8][9], water [10][11][12][13][14], land cover/land use [15][16][17][18], disasters [19][20][21][22][23], climate change [24][25], soil [26][27][28][29], wetland [30][31][32][33][34][35], forest [36][37], and urbanization [38][39][40][41] as well as other fields [4][42]. GEE provides users with publicly downloadable Earth observation data at the petabyte scale, advanced algorithms for analyzing geographic big data, and an interactive programming environment. GEE also hosts long time-series of Earth observation records and plays a vital role in environmental monitoring and analysis [3].

Most of the analysis is based on CiteSpace, a powerful bibliometric analysis software [43]. CiteSpace can analyze document co-citations, keyword co-occurrences, and cooperative maps, thus enabling the exploration of knowledge base, structural frameworks, and research frontiers in research that is based on GEE. These types of analyses can provide a basis for the subsequent application and development of GEE.

GEE was launched in 2010; however, it was difficult to make use of GEE in scientific research until 2015. As a result, there were few relevant publications or citations made during the period 2010–2015. After 2015, the number of publications and citations increased exponentially, due to the significantly improved interface, data cube, and programming environment. 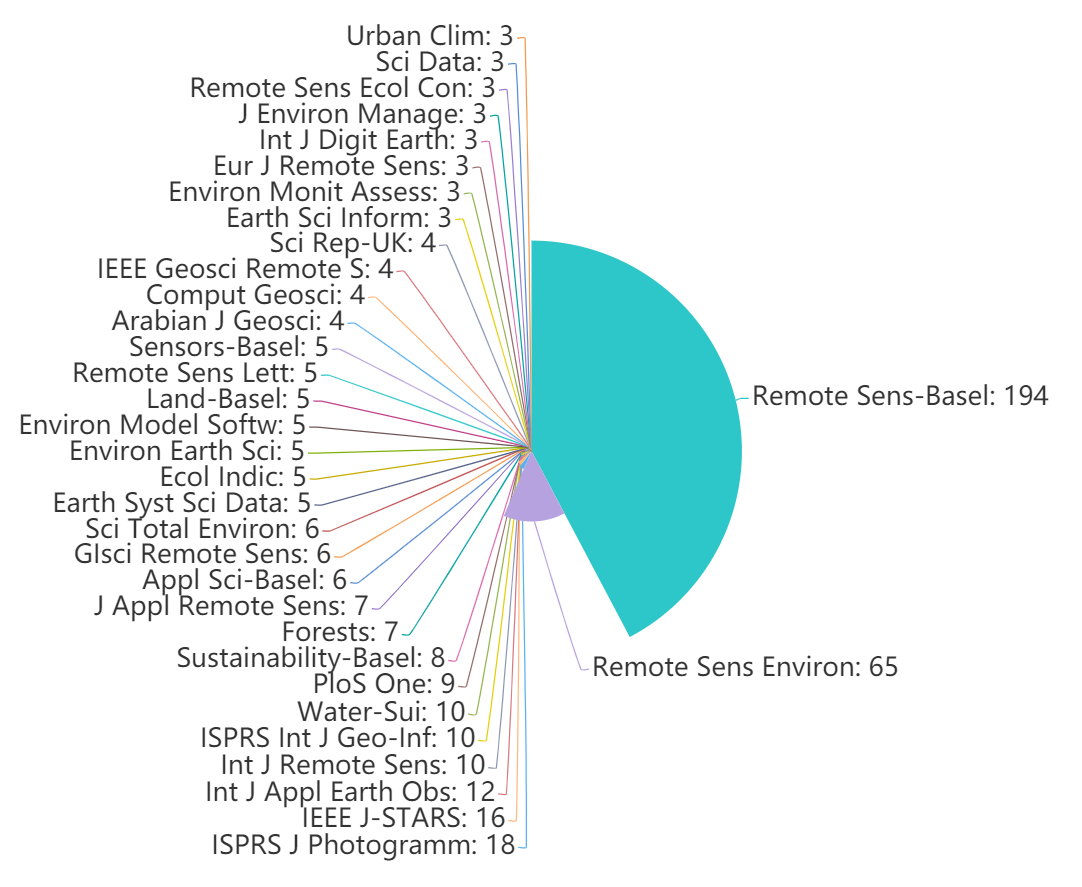 Figure 1. Journals in which papers related to GEE were published

The number of research disciplines covered by the GEE publications was far fewer. The 565 papers on GEE covered only 35 of the WoS disciplines and were concentrated in fewer disciplines than the GE papers. The research areas with more than 100 publications were environmental sciences and ecology (365), remote sensing (363), and imaging science and photographic technology (129). These three research areas alone accounted for 70% of the total (Figure 2). 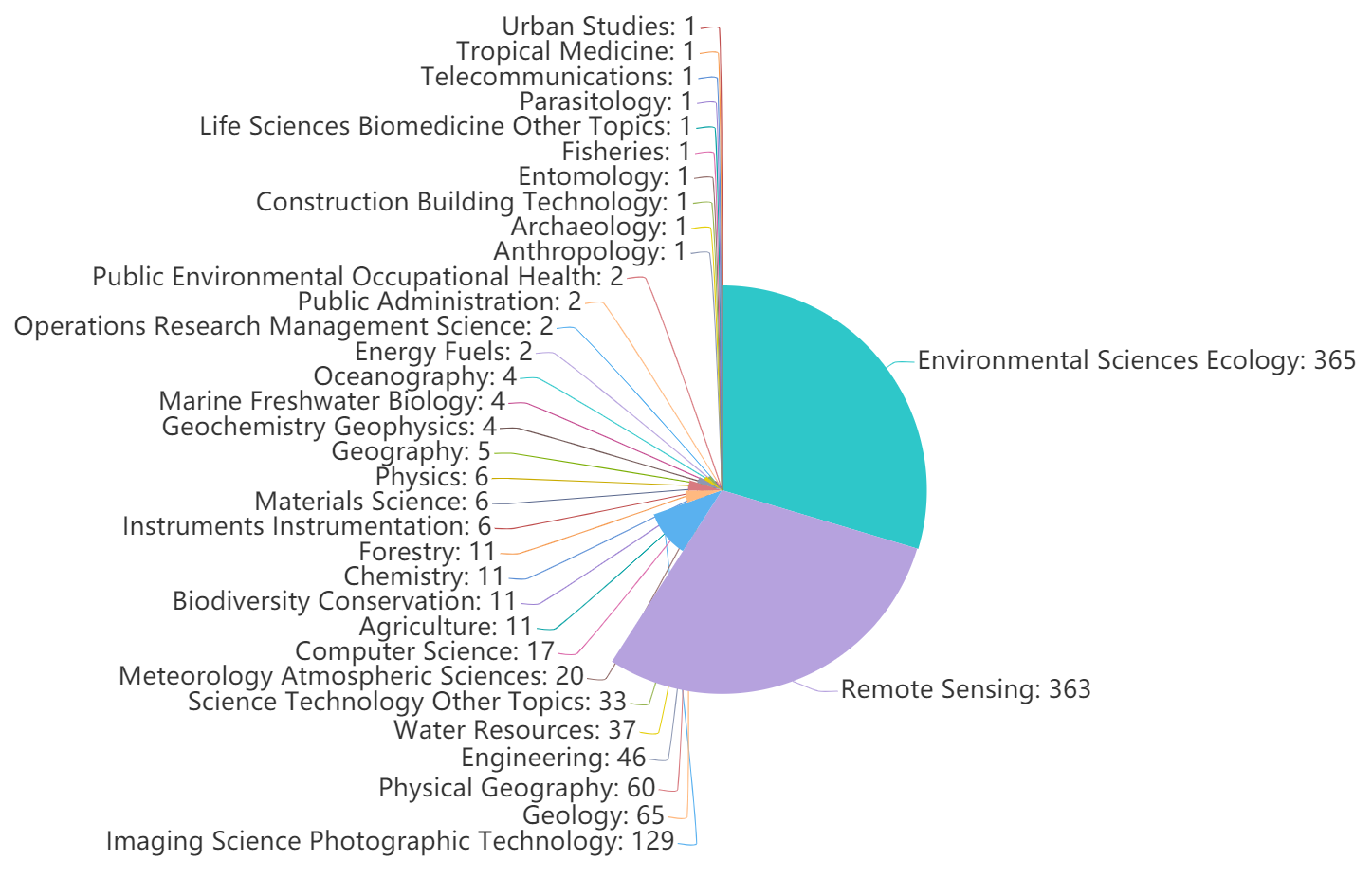 Figure 2. Research disciplines in which GEE was applied

According to the analysis of keywords in the literature on GEE (Figure 3), it was found that “Remote sensing”, “Regions”, and “Landsat Satellite” appeared most frequently—203, 197, and 189 times, respectively. GEE has been used to collect various types of open-source geographic information, including remote sensing data, data on land-surface conditions, and other relevant derived products that are freely accessible to users. However, there are several limitations on the use of datasets in GEE: e.g., the data sets stored in GEE are not comprehensive (such as complex SAR is not included), and there is a limit to the amount of user-uploaded data that can be stored. From Figure 3, it can be seen that the most frequently occurring keywords include “Water”, “High Resolution”, “Management”, “Random Forest”, “Algorithm”, “Cloud Platform”, and “Model”, which appear 174, 165, 154, 134, 129, 126 and 124 times, respectively. The machine-learning algorithms in GEE allow for convenient data processing and information extraction. However, there are still some types of image-processing algorithms that are not supported by GEE, such as Gaussian and Laplacian filters, edge-detection methods, and frequency domain algorithms [3]. Due to the advantages that GEE has in processing geographic big data, the use of GEE makes it simpler and more efficient to obtain annual regional geographical information [4]. 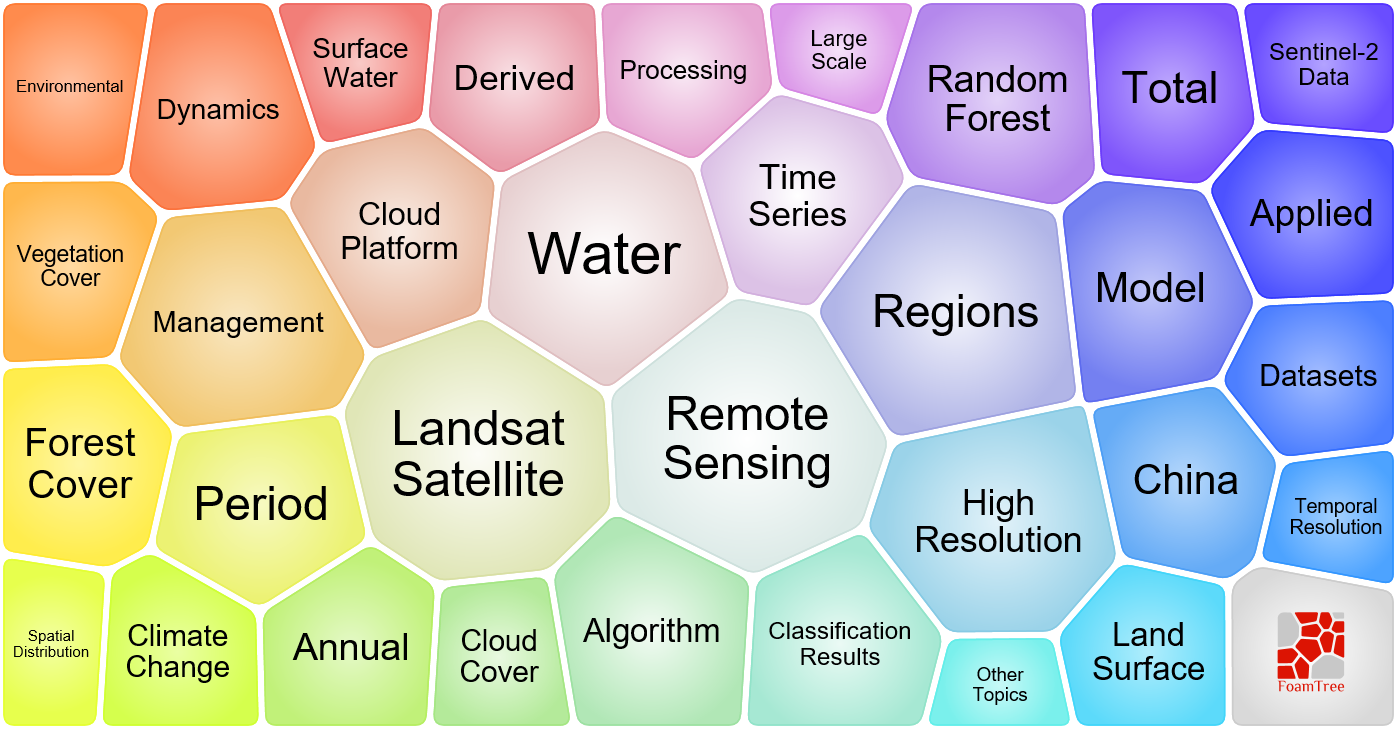 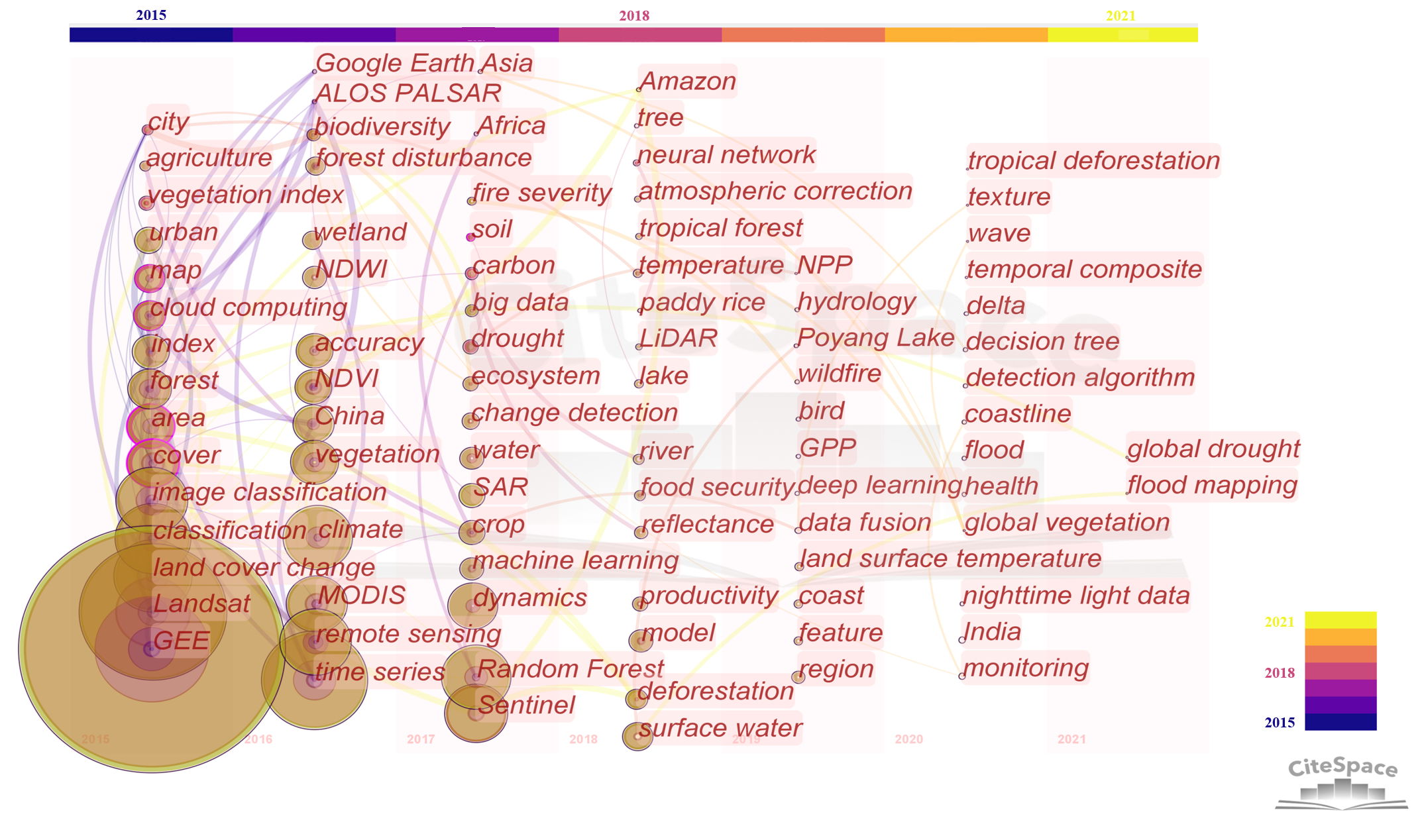 Figure 4.  Co-occurrence keywords were used in relation to GEE. The size of the node represents the frequency of the occurrence of the keyword, the connecting lines indicate the co-occurrence relationships for the keyword, and a purple outer circle indicates that the node is a key node (betweenness centrality > 0.1).

Table 1 lists the cited papers that were found to have the strongest citation bursts in GEE articles. GEE is a cloud computing platform that has the capacity to provide and process geographic big data and provides an excellent platform for carrying out global land cover research [44][45][46]. Landsat data are a vital source of satellite imagery that is available on GEE. Roy, et al. [47] evaluated the capabilities of Landsat 8 data and identified new opportunities for scientific research and applications using these data. This paper also laid a solid foundation for the application of Landsat 8 remote sensing data in resource management and global change studies using GEE. An important characteristic of GEE is the availability of geographic big data. Wulder, et al. [48] explained the role of free data in promoting new scientific research, applications, and international collaboration on Earth observation. GEE’s integration of a range of accessible geographic data (including Landsat [47], Sentinel [49], and MODIS [50] data) also promotes progress in Earth system science. Studies on various image processing and geophysical dataset acquisition methods have become the main driving force behind the promotion of the application of GEE [51][52][53][54].

Cloud computing has emerged as a popular research topic in recent years. It was widely applied to geospatial big data, and a large number of remote sensing cloud computing platforms were launched. AWS is a comprehensive and widely adopted cloud platform that was developed earlier than GEE and provides a large number of application program interfaces (APIs) [3][55]. Microsoft Azure is a platform contemporary with GEE that provides machine-learning services [3][4]. AWS and Microsoft Azure are both pay-as-you-go platforms [3]. NASA Earth Exchange (NEX) works in a virtual environment to ensure maximum ease-of-use and reproducibility [56]. GEE provides a larger number of geospatial data sets than all of these platforms. Although the API of GEE includes only JavaScript and Python, it is able to meet the needs of most users [55]. Gomes et al. [57] made detailed comparisons of other cloud computing platforms, such as Sentinel Hub (SH), Open Data Cube (ODC), and OpenEO. They believed that GEE is an easy-to-use and mature remote sensing cloud computing platform, and that the data abstraction, physical infrastructure abstraction, processing scalability, and storage scalability provided by GEE stand out as advantages over existing platforms. ODC is currently the best available solution for geospatial big data and has significant advantages over GEE in terms of open governance, infrastructure replicability, data access interoperability, and extendibility. Due to the ease-of-use and maturity of GEE, it was used more widely in Earth system science than other platforms (with the number of relevant articles retrieved from WoS being 14 for AWS, 3 for Microsoft Azure, 34 for NASA Earth Exchange, 5 for SH, and 3 for ODC).

GEE is a advanced platform that has stronger cloud computing power (Table 2). Although GEE is not a virtual Earth, the technologies available in GEE can support the development and improvement of the virtual Earth. The main part of GEE (the Earth Engine (EE) Code Editor) is a web-based interactive development environment (IDE) for the Earth Engine JavaScript API, which develops complex geospatial workflows. At present, GEE supports a web APP (EE Explorer), which has limited functionality. In the future, it may be possible to develop an APP that is convenient for all users by, for example, optimizing the visualization of GEE and adding more data interfaces that can accept different types of geospatial data (such as geospatial data collected in real-time). GEE runs calculations as scripts, which is not convenient for users carrying out complex procedures or who require transitional data sets. It would be an improvement if users could control more of the data processing and if there was an interface of modules that could directly combine different tools. It is also important to increase the necessary data and algorithms mentioned in Table 2.

Table 2. Merits and limitations of GEE

GEE has a comprehensive range of functions. It also has the capability to analyze geospatial big data, provides a greater number of geospatial data sets, and supports various image-processing algorithms. Still, the visualization capability of GEE is not an advantage. GEE’s modeling capabilities (simulation of complex geographical/ecological processes, such as urban expansion modeling and vegetation dynamic modeling) are limited. It also lacks complex SAR and high-resolution geospatial data sets and the ability to perform optimization. Complex algorithms are difficult to implement, and optimization algorithms are implemented locally. At present, the development of GEE is still in its infancy. Nonetheless, it is undeniable that GEE has the potential to become an effective tool for use in Earth system science. Significant improvements in the supporting technology are needed, however. The addition of more computing resources, more open-source data sets, more image-processing algorithms, and the contributions of more Earth system scientists will allow GEE to become an effective tool that combines monitoring, modeling, analysis, assessment, and management decisions that can be applied to solve global environmental problems.