In the course of evolution plant organisms have developed several mechanisms preventing or repairing cell damage incurred as a result of exposure to various factors. In response to increasing threats plants have developed antioxidative defense mechanisms: enzymatic and non-enzymatic. The enzymatic mechanism is based on antioxidative enzymes, while the non-enzymatic system is based on low-molecular antioxidants: ascorbic acid, α-tocopherol, glutathione, carotenoids, phenolic compounds. A significant abiotic stressor inseparably connected with the potential development of fungal diseases Ear Fusarium is caused by strains of F.graminearum and F.culmorum, which can produce mycotoxins - deoxynivalenol (DON) and nivalenol (NIV). The aim of the study was to conduct pilot studies on the basis of which neural models were created that would examine the impact of the variety and weather conditions on the concentration of ferulic acid and link its content with the concentration of deoxynivalenol and nivalenol. The plant material was 23 winter wheat genotypes with different Fusarium resistance. Field experiment was conducted in 2011-2013 in Poland in three experimental combinations: with full chemical protection, without chemical protection, but infested with natural disease (control), and in the absence of fungicidal protection, with artificial inoculation by genus Fusarium fungi. As a result of the pilot studies, three neural models FERUANN, DONANN and NIVANN were produced. Each model was based on 14 independent features, 12 independent features of which were in the form of quantitative data, and the other 2 were presented as qualitative data. The structure of created models was based on an artificial neural network (ANN) of the multilayer perceptron (MLP) with two hidden layers. The sensitivity analysis of the neural network showed the two most important features determining the concentration of ferulic acid, deoxynivalenol and nivalenol in winter wheat seeds. These are the experiment variant (VAR) and winter wheat variety (VOW).

The infestation of crops by pathogenic fungi is one of the most important biogenic stressors. In Central and Eastern Europe,. Fusarium fungi, mainly F. culmorum and F. graminearum, produce deoxynivalenol (DON) and zearalenone, which are highly toxic to humans and animals [1].

In addition to genetic studies on wheat resistance to Fusarium, research is also conducted on the biochemical aspects of plant response of resistance mechanisms to a massive pathogen attack. It was found that antioxidative processes based on the significantly increased biosynthesis of low-molecular antioxidants of the plant have a significant impact on pathogenesis and constitute the first line of defense against pathogens. Based on the concentration of selected phenolic acids, including ferulic acid, it is possible to assess the degree of disease risk at an early stage of pathogenesis [2][3]. Taking into account all the current information on the mechanism of wheat resistance to Fusarium [2][4][5], as well as the results of chemical analyzes from 3 years of field experiments on wheat, it was decided to use modern methods of data analysis to determine the relationship between the concentration of ferulic acid (Fig. 1B), the concentration of deoxynivalenol (DON) and nivalenol (NIV) (Fig. 1A) depending on weather conditions and the infestation degree by fungal diseases.

Recently, an increasing interest in microbiological forecasting is observed, which has been mainly used for examination of bacterial pathogens in the context of food. Modern computer technologies are used in other interdisciplinary research areas. Many new methods such as artificial neural network (ANN), fuzzy logic and genetic algorithms that are part of artificial intelligence methods are used for multidimensional data analysis [6][7][8][9][10][11].

In general plant yield is affected by many factors such as meteorological conditions, fertilization level, soil cultivation method etc., the use of modern data analysis techniques brings ever more accurate results. In addition, due to the unique properties of data processing, ANN can simultaneously analyze empirical data in quantitative and qualitative form. The purpose of the work is to conduct pilot studies on the basis of which neural models shall be produced that examine the impact of the variety and weather conditions on the concentration of ferulic acid and link its content with the concentration of deoxynivalenol and nivalenol.

Figrure 1. UPLC – DAD chromatogram of trichothecenes group B (A) and phenolic acids (B) extracted from wheat cerel grain.

As a result of the carried out analyses, three individual neural models FERUANN, DONANN and NIVANN have been developed. Each of the models was based on 14 independent variables, 12 of which were presented as quantitative data and the remaining 2 were presented as qualitative data. The structure of the produced models was based on multilayer perceptron (MLP) type ANN with two hidden layers. FERUANN model has 9 neurons in the first hidden layer while 6 neurons in the second one (Fig. 2). Therefore, the DONANN model has 13 and 7 neurons and the NIVANN model has 13 and 4 neurons. The best fit of networks for each model was selected from 10,000 networks on the basis of the best quality indicators. In the FERUANN model the correlation coefficient amounted to 0.9887 and in the DONANN model to 0.9919. The last NIVANN model has a slightly lower correlation coefficient of 0.8106, but is still at an acceptable level. In the next stage the sensitivity of generated neural models FERUANN, DONANN and NIVANN has been analyzed. As a result, independent variables were identified which have the greatest influence on the concentration of ferulic acid, deoxynivalenol and nivalenol. In the FERUANN model, the highest error quotient was obtained for the VAR, which was 7.0823. Another feature in this model was the VOW, which amounted to a much lower level of only 3.1471. Another independent variable in this model reached values slightly above 1, which indicates their small contribution to the ferulic acid content, but they should be kept in the model. There is a slight difference in the DONANNA model. Similarly as before, independent VAR and WOV variables reached the highest values - 1.3778 and 1.1069, respectively, while the remaining 5 independent features (T1-3, P6, T7, WH, DI) obtained the error quotient less than 1. As a consequence, these features can be removed from the model as their influence on the final result of the analysis is marginal. In the NIVANN model two most important independent quality variables were determined - VOW and VAR, whose quotient of error was 1.6315 and 1.4793 respectively. Other independent variables, similarly as in the FERUANNA model, reached the error quotient above 1. 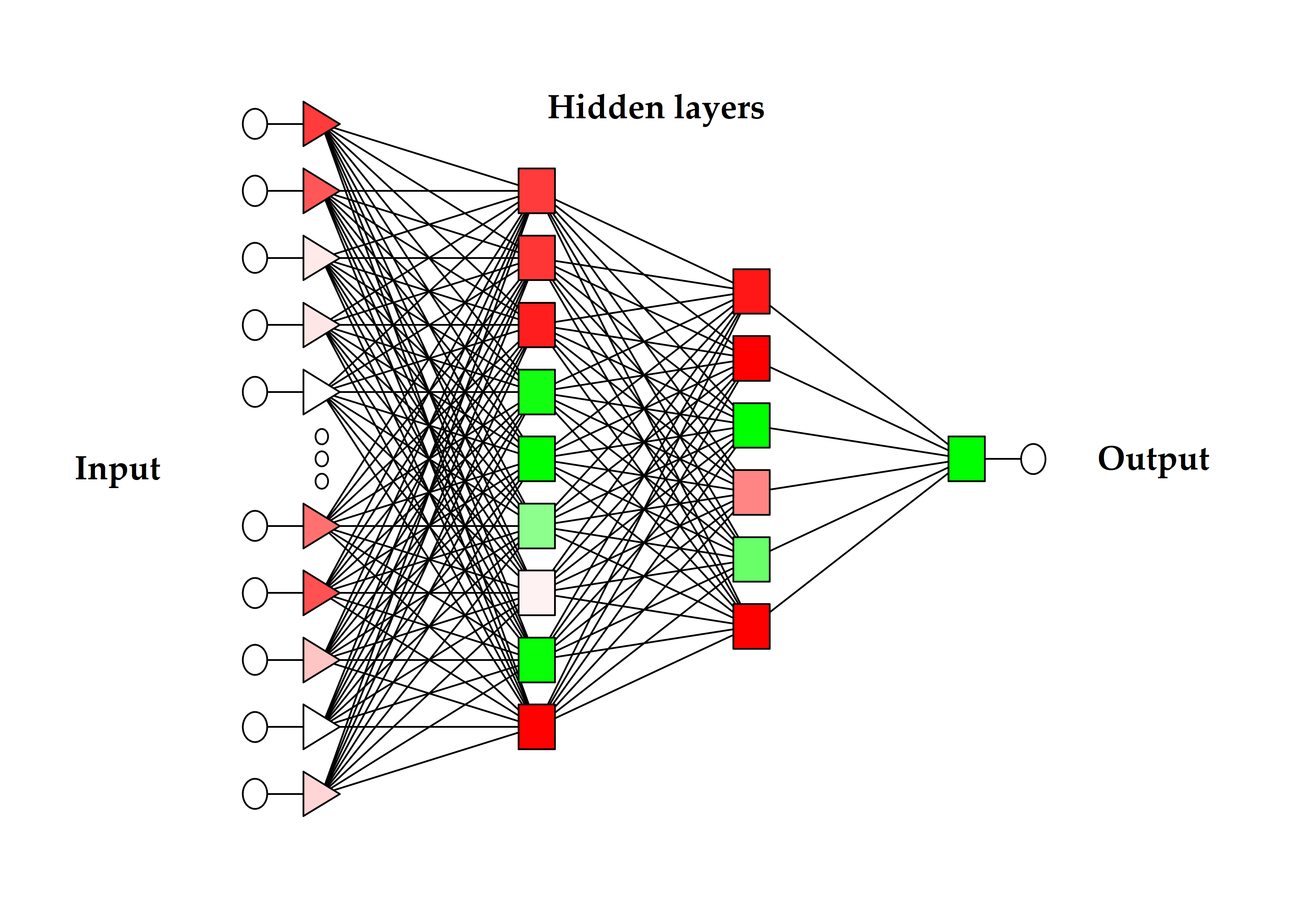 Figure 2. General diagram of FERUANN neural model divided into hidden and input layers and one output.

The harmful effect of mycotoxins imposes actions aimed at their minimization in raw material and products intended for humans and animals. The most effective preventive actions is limiting their formation in the field, by cultivation of resistant genotypes. In the constructed FERUANN, DONANN and NIVANN neural models, variety was a factor that significantly affected the content of ferulic acid, deoxynivalenol and nivalenol in winter wheat seeds. This confirms the significant role of growing new varieties. Resistance breeding is carried out in many countries, and despite the difficulties, numerous resistant varieties are available, characterized by slower and subsequent development of symptoms of Fusarium compared to sensitive varieties. As part of the pilot study discussed in this work, inoculation and fungicide spraying were treated as stressors. Both of these factors activate nonenzymatic resistance mechanisms, including phenolic acid biosynthesis. As a result, it was observed in our independent research in the FERUANN neural model that the applied experimental variant determined the ferulic acid content to the greatest extent. The variety feature also had a significant impact on the presence of ferulic acid.

The results of the conducted research using artificial neural networks indicate the possibility of practical application of neural modeling methods to analyze the concentration of ferulic acid, deoxynivalenol and nivalenol in winter wheat grain.