Carrageenan is used as a gelling agent in products, such as frozen foods, jellies and yogurt. Commercially, carrageenan has been produced in six different types based on their structures. Among the six polymers, κ-carrageenan is the most produced due to its high gelling ability caused by the C4 conformation on the 3,6-anhydro-D-galactopyranosyl that forms a helix-like structure. The formation of the helix structure is supported by the enormous number of –OH groups that form many hydrogen bonds.

Solid dosage forms, such as soft and hard capsules, are the most widely used delivery methods for oral administration of active pharmaceutical ingredients to patients [1] because they offer better protection against oxygen, moisture and light until the drug is released. Hard capsules are produced without the addition of a non-volatile plasticiser and have been used as drug-delivery carriers for powders, granules and pellets [2]. Soft capsules, on the other hand, are produced with the addition of a plasticiser and other minor components, such as dyes and opaquing agents, and can be delivered orally, vaginally or rectally in different forms [3].

To this day, gelatine, produced from porcines or bovines [4], is still the primary ingredient in capsules, which is a concern for some religious societies [5]. Commercialisation of such capsules requires a bovine spongiform encephalopathy-free certificate due to mad cow disease [6][7]. Therefore, an alternative material for hard-capsule production is urgently needed.

The alternative materials developed for hard capsules include alginate [8], carrageenan [9], hypromellose (HPMC) [6] and strong cellulosic fibre from different plant materials such as Dracanea reflexa [10] and Tridax procumbens [11]. However, there are still some disadvantages that must be improved for future use, such as the need for alginate hard capsules to be crosslinked with another agent to form a rigid gel [8]. The disintegration process of carrageenan and HPMC hard capsules takes longer (25.79 ± 2.92 min) than conventional hard capsules (20 min) at pH 4.5 [10][12][13]. There are several factors that influence polymer disintegration time. For example, possessing parallel conformations of a polymer network increases the stability of the polymer itself, and hence, makes it more resistant to disintegration. Long polymer chains of carrageenan potentially can be broken down into oligomers [14], which can be used for tumour treatment [15].

In this paper, we review methods for the preparation of seaweed, in particular for carrageenan-based hard capsules, and summarise their chemical properties and disintegration and dissolution profiles, including the release kinetics of the capsule. We focused on carrageenan because it has more potential than HPMC or alginate for the preparation of hard capsules. The oligomerisation process in carrageenan has not been researched sufficiently to identify opportunities for further investigation. Through this review, we hope to provide sufficient background for new researchers to further develop carrageenan-based hard capsules.

To produce hard capsules, the material needs to have high viscosity to support the formation of a gel that can be dried into a film [16]. Since the target is the human body, the recommended solvent for the production is deionised water [13]. Previous papers reported that most carrageenan-based hard capsules exhibit slow disintegration rates, and yet some drugs must deliver a drug to the target site in our bodies in <15 min [17]. Therefore, the polymer chains of carrageenan should be reduced to increase the disintegration rate.

Oligomers have fewer repetitive units [2][3][4][5][6][7][8][9][10][11][12][13][14][15][18][19][20][21][16][17][22][23][24][25] and lower molecular masses than polymers. Oligomer production is useful for understanding the mechanism of polymerisation, to optimise polymer production and provide a better understanding of complex macromolecules [22]. Naturally-occurring oligomers can be found in the structures of enzymes or proteins with the formation of disulphide bridges [23] and in the bacterial polyhydroxyalkanoates [24]. Synthetic oligomerisation can be performed by changing certain physical conditions, such as temperature [25], or by chemical modification ( Figure 1 ) [26]. 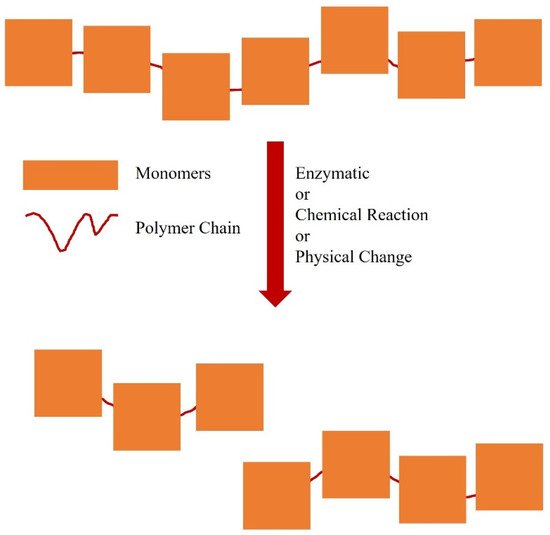 Figure 1. Some synthetic strategies to produce an oligomer from a polymer.

Carrageenan oligomers can be produced from oligomerisation of the monomers [23] or from controlled degradation of the polymeric form [27]. Degradation of a polymer to an oligomer is affected by the homogeneity level of the polymer, chemical groups on the monomers and its degree of crystallinity [27]. For example, carrageenan can be degraded to form oligomers or monomers by acid hydrolysis under a controlled pH and temperature of the solution [15][28]. There are few articles about the development of oligomers to increase the rate of dissolution in drug-delivery systems. However, we found that carrageenan has good potential for development as an oligomer-based drug-delivery system as it is easily hydrolysed by a weak acid, such as citrate buffer [13]. Accordingly, the oligomerisation of carrageenan should be performed at a controlled temperature and time, i.e., at 70 °C for 5 h [9], to form a homogeneous solution and control the oligomers formed. One purpose of this oligomerisation process is to control the rate of disintegration of carrageenan-based hard capsules. In this manner, various oral drugs can be delivered optimally in a drug-delivery system.

The concept of drug release was developed by Higuchi [29][30] and is now considered to be an important parameter for determining the performance of a drug-delivery system. The drug-release kinetics connect the concepts of the diffusion process and dissolution process. The equation below expresses the Higuchi formula of drug-release kinetics: (4) q ( t ) q ∞ = K t where q ∞ is the cumulative amount of the drug released at infinite time, q(t) is the cumulative amount of the drug at time t and K is the Higuchi constant. This model is useful for studying the formulation of a drug-delivery system matrix.

When a drug-delivery system exhibits a non-Fickian diffusion mechanism, analysis using the Peppas–Sahlin equation [31] could be used: (6) M t M ∞ = k 1t n + k 2t 2n where M ∞ is the cumulative amount of the drug released at infinite time, M t is the cumulative amount of the drug at time t , n is the diffusion exponential of the drug released, k 1 is the diffusion constant and k 2t 2n is the non-Fickian contribution caused by the relaxation process of a swollen polymer. This equation is ideal for analysing the 60% release point of a drug.

The mentioned equations might be used to evaluate the best release mechanism of a drug from a matrix. To ensure this further, statistical evaluation should be used, such as the Akaike Information Criterion [32]. The derived mechanism will help us to understand how a drug is released from a matrix to evaluate its potential as a drug-delivery system.

Carrageenan-based capsules have better solubility at pH 4.5 than at pH 1.2 or pH 6.8 because the citrate buffer, used as the medium that imitates human body fluid, interacts better with the polymer. The best adopted drug-release kinetic mechanism for this capsule was Peppas–Sahlin model at pH 1.2 and 4.5. The capsules are released completely in 40 min in acidic environments, indicating that the capsules have good potential for use with oral drugs [13].

Exploration in the development of hard capsules with the goal of replacing gelatine for drug-delivery systems is progressing. Some of the alternative materials that were studied are alginate, carrageenan, HPMC and cellulosic fibre. The production of hard capsules is performed in six major steps: dipping, spinning, drying, stripping, trimming and joining. Comparing properties of carrageenan, HPMC and gelatine, by using several characterisation methods, such as GPC, SEM, FTIR, thermal, SD analysis, mechanical analysis, viscosity analysis, disintegration, dissolution and release-kinetics analysis were presented to determine the best option for replacing gelatine as the principal constituent in a drug-delivery system. Despite being in the early developmental stage in which further investigations are needed, carrageenan-based hard capsules have properties comparable to those of gelatine and show good potential as an alternative to gelatine hard capsules due to its ability to be modified with other polymers to make a composite with the targeted properties for a better drug-delivery system. Finally, based on the research and development of carrageenan-based hard capsules our research groups have conducted, we are currently in the process of implementing scale-up to work towards semi-commercial production.