In public transport operations, vehicles tend to bunch together due to the instability of passenger demand and traffic conditions. Fluctuation of the expected waiting times of passengers at bus stops due to bus bunching is perceived as service unreliability and degrades the overall quality of service. For assessing the performance of high-frequency bus services, transportation authorities monitor the daily operations via Transit Management Systems (TMS) that collect vehicle positioning information in near real-time. This work explores the potential of using Automated Vehicle Location (AVL) data from the running vehicles for generating bus schedules that improve the service reliability and conform to various regulatory constraints. The computer-aided generation of optimal bus schedules is a tedious task due to the nonlinear and multi-variable nature of the bus scheduling problem. For this reason, this work develops a two-level approach where (i) the regulatory constraints are satisfied and (ii) the waiting times of passengers are optimized with the introduction of an evolutionary algorithm. This work also discusses the experimental results from the implementation of such an approach in a bi-directional bus line operated by a major bus operator in northern Europe.

Yan and Chen [19] developed a model for timetable design by formulating the movement of bus trips and the passenger flows in order to manage the interrelationship between passenger demand and bus trip supply. They formulated the problem as a mixed integer multiple commodity network flow problem and a Lagrangian heuristic algorithm was developed for solving it.
Niu and Tian [20] developed a methodology to determine the dispatching times of bus trips subject to capacity constraints with the use of heuristic algorithms. This methodology was based on the concept that a constant headway cannot satisfy effectively the time-dependent passenger demand. In contrary, an irregular schedule that allows uneven headways might be able to accommodate the dynamic demand patterns. The operational time was divided into various equal time periods to formulate the transit scheduling problem. Considering the dwell times and the trip travel times, the dispatching time of each bus trip was calculated subject to inequality constraints that belong to the specific operational time period. The objectives were the reduction of passenger waiting times and the reduction of the number of vehicles leading to a bi-objective function which is also adopted by other works such as Gkiotsalitis and Cats [21] and Ceder et al. [22]. In particular, Ceder et al. [22] followed this bi-objective optimization approach for minimizing headway deviations and passenger loads at the same time using a graphical heuristic approach.
Sun et al. [23] explored the idea of using a flexible timetable optimization based on hybrid vehicle sizes in order to address the travel demand fluctuations. This study compared operational strategies like total travel times and total costs of using large size or smaller size buses at different time periods such as peak and off-peak periods. Following this approach, the total in-vehicle time cost and the waiting time cost at stops were considered. In addition, an optimization model considering hybrid, large and smaller-size vehicles was solved with the use of an adaptive heuristic algorithm. From the results, it was observed that a hybrid bus schedule providing the benefits of both large and smaller size vehicles can be implemented for reducing the operational costs and managing the passenger demand more efficiently. Nevertheless, limitations in resources such as the availability of different bus types might restrict the applicability of such a method in practical problems.
Chen [24] defined a timetable setting problem to determine the dispatching time of bus trips based on the flow intensity of passengers. This method minimized the total waiting time of passengers at stops by determining the number of bus trips for each time period and the dispatching times of these trips using dynamic optimization. Using dynamic programming, the arrangements of bus trips were designed as a multi-stage optimization problem which was optimized by finding the global optimal solution. The dispatching times of bus trips were computed by considering the passenger flow intensity, the available resources and the operational costs for each optimization time period.
More recently, Gkiotsalitis and Stathopoulos [25] developed a method for modifying the dispatching times of trips in order to reduce the waiting time deviation of passengers at stops and synchronize the arrival times of buses at specific stops with the starting times of activities (i.e., major events that can be derived from social media data (Gkiotsalitis and Stathopoulos [26])). This multi-objective optimization was treated as a single-objective optimization problem with the use of weight factors for each one of the main objectives.
Other works related to timetable design for railway services, such as Shi et al. [27], utilized also the minimization of passenger waiting times as the main problem objective. The focus of such works was on loop-shaped lines that connect several radial lines together; thereby, enhancing the accessibility of the rail network. For enhancing the accessibility of the rail network, Shi et al. [27] formulated a bi-objective function considering the waiting times at the stops of the line together with the waiting times related to passenger transfers subject to constraints such as total trip times, departure times, headways to be maintained, arrival times and dwell times. This formulation resulted in a nonlinear programming problem which was also non-convex. Hence a genetic algorithm was applied and was effective in reducing the passenger waiting times. However, the optimization during off-peak periods was more effective than the peak periods due to the shorter headways that are exhibited during the peak periods.
It is also worth noting that several other works from the field of logistics (i.e., Cattaruzza et al. [28], Du et al. [29]) focus on developing daily schedules for deliveries with the objective of reducing the operational costs while satisfying all delivery requests. Nevertheless, a distinct difference between the delivery scheduling problems and the transit timetabling problems is the inclusion of multiple vehicle routing sub-problems in the scheduling phase of the former.
The majority of the previous timetable optimization approaches have developed methodologies to optimize passenger waiting times without an in-depth consideration of the resource limitations of the transit service providers. For instance, many times it is impractical to introduce new trips in a route in order to meet the passenger demand fluctuations given the inherent resource limitations. This paper explores this area by including resource constraints such as driver meal and resting times in the problem definition and developing a Genetic Algorithm (GA) to optimize the resulting objective function as it is presented in the next sections.

This study focused on the timetabling problem with the objective of reducing the excess waiting times of passengers at control point stops while satisfying the regulatory constraints. This study utilized information from telematic systems that monitor the daily operations for estimating the travel times between control point stops at different times of the day and computing timetables that can improve the service reliability.
In order to compute the timetables with the use of historical AVL data, the timetabling problem was formulated as a discrete, non-convex and multi-constrained optimization problem. For this reason, a problem-specific GA was developed that updated dynamically the exchange of genes between population members during the crossover phase in order to generate more fit offsprings. This solution method was applied in a bi-directional bus line in north Europe producing a timetable that satisfied all regulatory constraints for an excess waiting time of passengers at the level of 0.298 min as it is presented in Figure 1 and Figure 2. 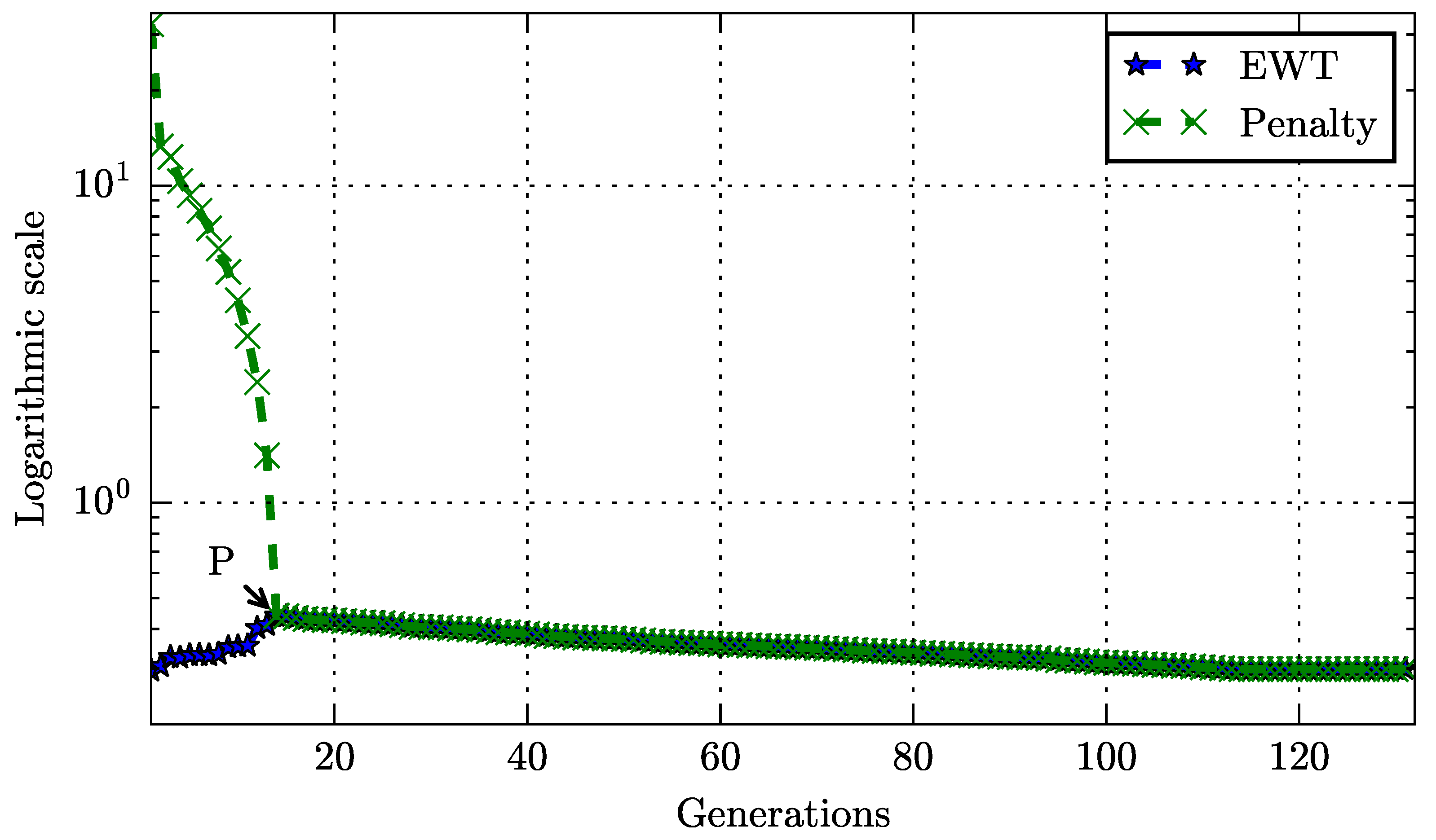 Figure 1. Penalty function reduction at every iteration of the GA. 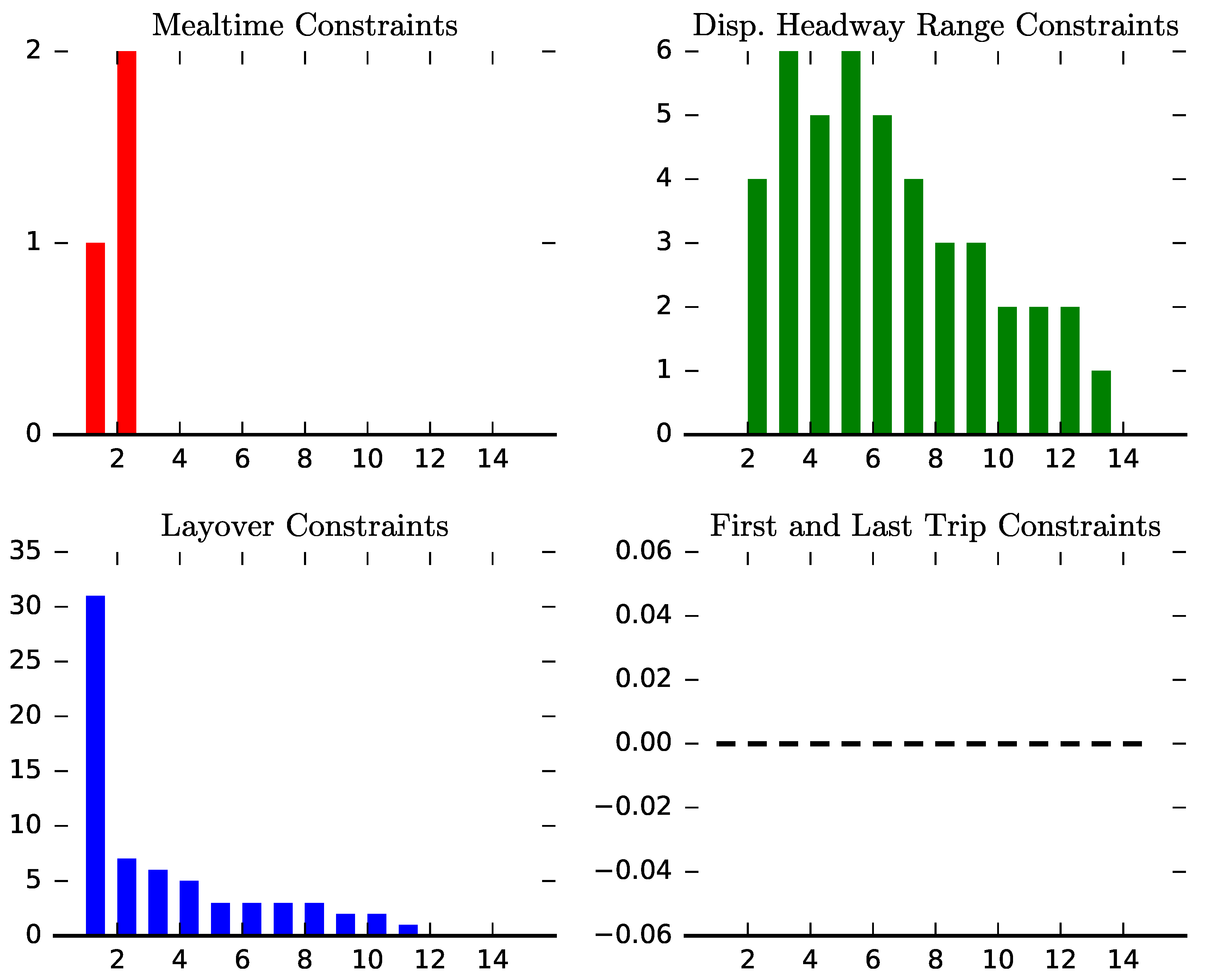 Figure 2. Variation of constraints with every generation.
From the analysis, it was observed that:
The EWT value of the optimized timetable will occur in practice if the actual travel times of buses are equal to the estimated ones. However, this is not the case in real-world operations. For instance, well-controlled services with planned timetables that have EWT values close to zero exhibit daily EWTs of 0.8 to 2 min (TfL [39]) in real-world operations. Due to that, this work investigated the impact of the fluctuations of the actual travel times to the EWTs of passengers. In principal, even the smallest travel time fluctuation has the ability to increase the ideal service-wide EWT of 0.298 min of our optimal timetable. For this reason, a simulation-based validation was performed where travel times were allowed to vary from their expected values for 10%, 20%, …, 80%. In this analysis, the service-wide EWT showed resilience for travel time variations of up to 50% but after that point the EWTs and constraint violations were increased in a disproportionate manner. This is a key finding that underlines the importance of addressing exogenous factors such as road traffic and/or road works for maintaining the reliability of the running services.
In future work, the timetabling optimization, which focused on satisfying the regulatory constraints, using AVL-data insights for estimating the travel times, can be expanded even further for improving the excess waiting times of passengers at transfer stops in order to increase the reliability of multi-modal trips. In addition, the stochastic nature of the travel times can be incorporated in the objective function of the timetabling optimization resulting in a stochastic optimization problem with the use of supervised learning methods or by fitting the observed travel times from the archived AVL data to probability distributions. In this way, the reliability improvement potential of stochastically optimized timetables can be further examined. Finally, it is worth examining the potential improvement of the proposed GA convergence rate during the timetabling optimization after incorporating in it advanced hybridization techniques that are described in recent works related to forecasting problems (such as the work of Lopez-Garcia et al. [40] on predicting the short-term travel times in highways).

The following abbreviations are used in this manuscript: