Solid Particle Erosion (SPE) is the loss of material resulting from the repeated impact of small solid particles. Although in some cases SPE is a beneficial phenomenon, such as in high-speed abrasive waterjet cutting and sandblasting, it can cause damage in many engineering systems, including aircraft engines, steam and jet turbines, and pipelines [1]. The gradual material removal from surfaces may lead, in the worst cases, to the entire replacement of the damaged or degraded component, entailing a considerable replacement expense, which may exceed half of the production cost [2]. Among the several methods available, surface coating is one of the most effective technologies that has been extensively used for reducing the detrimental effect of SPE and improving components’ erosion resistance [3]. Several coating techniques have been studied and adopted to this aim, including cold spray (CS). CS is a low-temperature particle deposition process that has emerged as a powerful technique for its several advantages over other thermal spray processes including the minimization of potential phase changes, the preservation of the original feedstock properties, and the prevention of coating defects such as surface oxides and other inclusions [4]. In the CS technique, microscale powder particles are accelerated to a high velocity (300 to 1200 m/s) through a De-Laval nozzle dragged by a high-pressure propelling gas (commonly nitrogen or helium) toward a target substrate [5].

Nickel-based superalloys are commonly used in applications where stability at elevated temperatures, high long-time creep strength, and corrosion resistance in aggressive environments are required [6]. Among them, Inconel 718 (IN718) is commonly applied due to its high tensile, fatigue, and creep-rupture strength; the excellent erosion and oxidation resistance; as well as the outstanding resistance to post-weld cracking in a service temperature range from −257 to 704 °C [7]. Despite its many advantages, the fabrication of thick cold-sprayed IN718 coatings encounter problems such as the nozzle clogging, the high critical particle velocity, and the insufficient metallurgical cohesion between the particles [8]. Several attempts have been made to improve plastic deformation and particle bonding by increasing the particle velocity or by the implementation of annealing strategies on the particles, with a corresponding cost increase [9]. In a recent study, IN718 was mixed with a low melting point Ni-based braze alloy powder (MAR-M 002) to form a composite coating via a high-pressure cold spray process. The following heat treatment at a temperature near the liquidus temperature of the braze alloy enhanced the chemical diffusion between the braze and matrix alloys, thus improving the interparticle bonding strength [10].

Despite solid particle erosion having been widely investigated in the past years, there is no standard method to predict the SPE resistance of coatings due to the complex nature of the mechanism, involving several variables and their combinations, and to the different properties of the material used [11]. Several attempts have been made in the scientific literature to identify the significant control variables and to model the erosion response of coatings produced using thermal spray technologies by means of Design of Experiment (DoE) techniques. Sahu et al. [3] studied the erosion wear behavior of a plasma-sprayed fly ash–aluminum coating using the Taguchi technique. In their study, the selected control factors were the impingement angle, impact velocity, erodent size, stand-off-distance, and aluminum content in the feedstock. Impact velocity was proved to be the most significant factor influencing the erosion wear rate. In the work of Praveen et al. [12], the erosion resistance of a NiCrSiB/WC–Co HVOF coating was investigated using the Taguchi method and considering the oxygen flow rate, fuel flow rate, powder feed rate, and standoff distance as factors. The standoff distance and powder feed rate were identified as the highest contributing parameters on the erosion wear loss. The slurry wear behavior of a TiAlN HVOF coating was tested by varying the impact velocity, erodent size, impingement angle, and erodent feed rate following the Taguchi method [13]. The results indicated that, depending on the aluminum alloy substrate used, AA1050 and AA5083, the important sequences of the control parameters changed. In both cases, the impact velocity was recognized as the highest contributing parameter, followed by the impingement angle. Recently, Alidokht et al. [14] studied the erosive wear performance of Ni and Ni-WC composite coatings produced by cold-spray; however, they did not follow a planned experimentation. They found that (i) both Ni and Ni-WC coatings exhibited ductile erosion, (ii) the higher erosion resistance of coatings under normal angle compared to oblique angle was related to the formation of a protective tribolayer, and (iii) the incorporation of 10.5 vol% WC into Ni deteriorated the Ni erosion resistance. Apart from the research of Alidokht et al. [14], a systematic understanding of erosion response of cold-sprayed coatings is still lacking.

In this entry, a planned experimentation that is capable of creating reproducible results was performed in order to assess the erosion performance of a cold sprayed IN718-Ni composite coating. This particular composite coating was selected to investigate its SPE response since in a recent study of Kazasidis et al. [15], it revealed a promising resistance against another type of erosion: the cavitation erosion. The composite IN718–Ni coating was deposited onto substrates via high-pressure CS using nitrogen as the propulsive gas, with inlet pressure at 3.0 MPa and gas temperature at 1000 °C. The effect of the impingement angle, the erodent size, and the erodent feed rate on the erosion rate of the coating was investigated by following a General full factorial design (GFFD). Factorial design is a statistical technique that is used in the design of experiments to study the effects that several controlled factors, and their interaction, may have on a response, by varying the levels of all the factors at the same time instead of one at a time. General full factorial is the appropriate design when several factors are varied on multiple levels. It is widely recognized as a more appropriate method than other experimental designs for modeling complex multivariate systems due to its application flexibility. 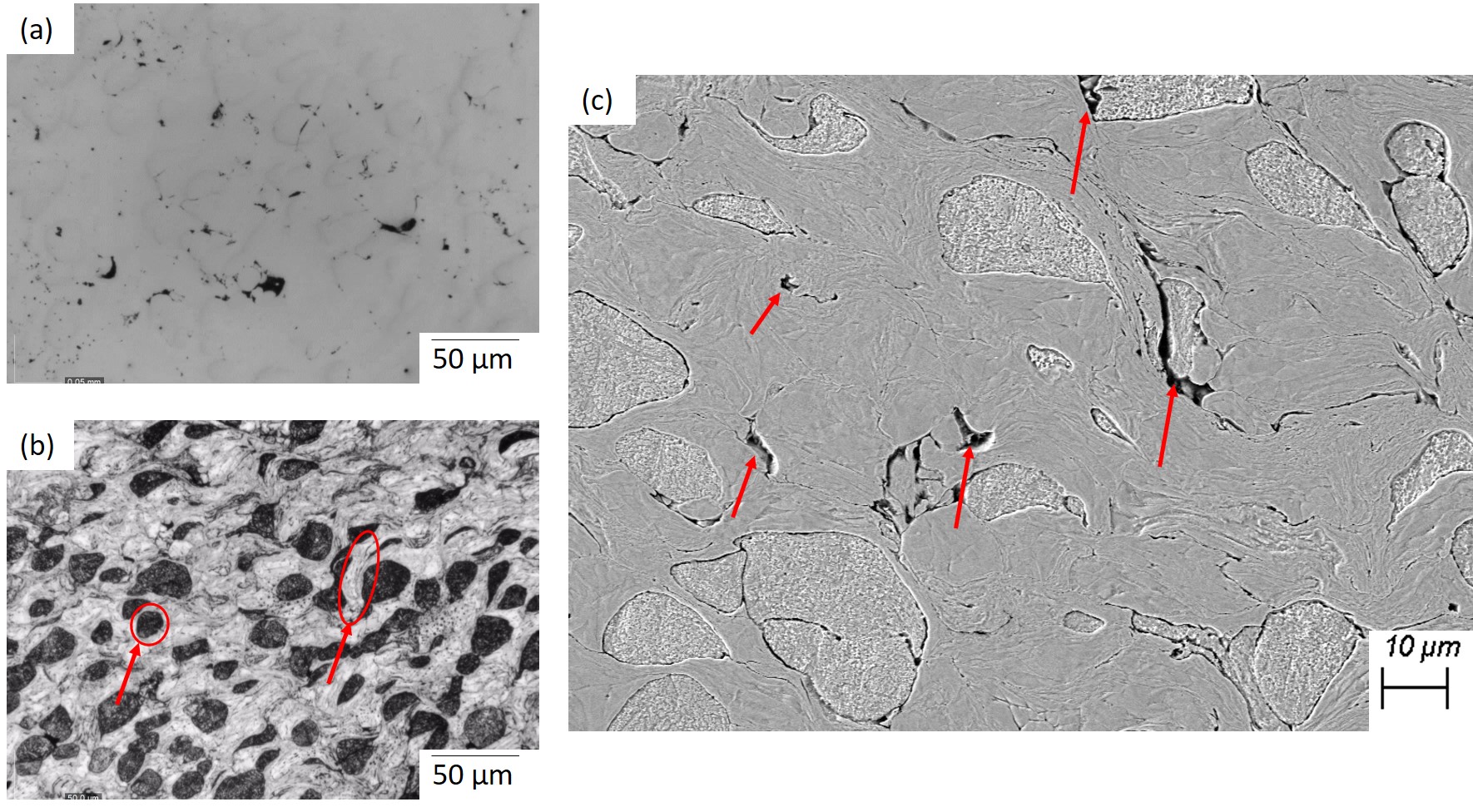 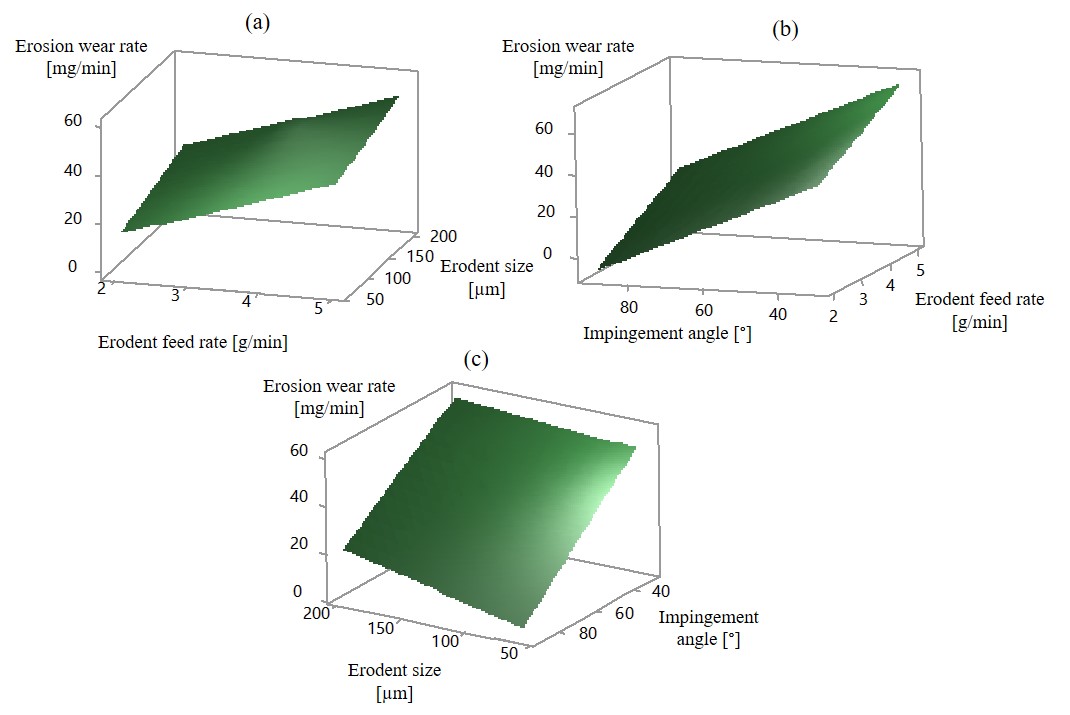 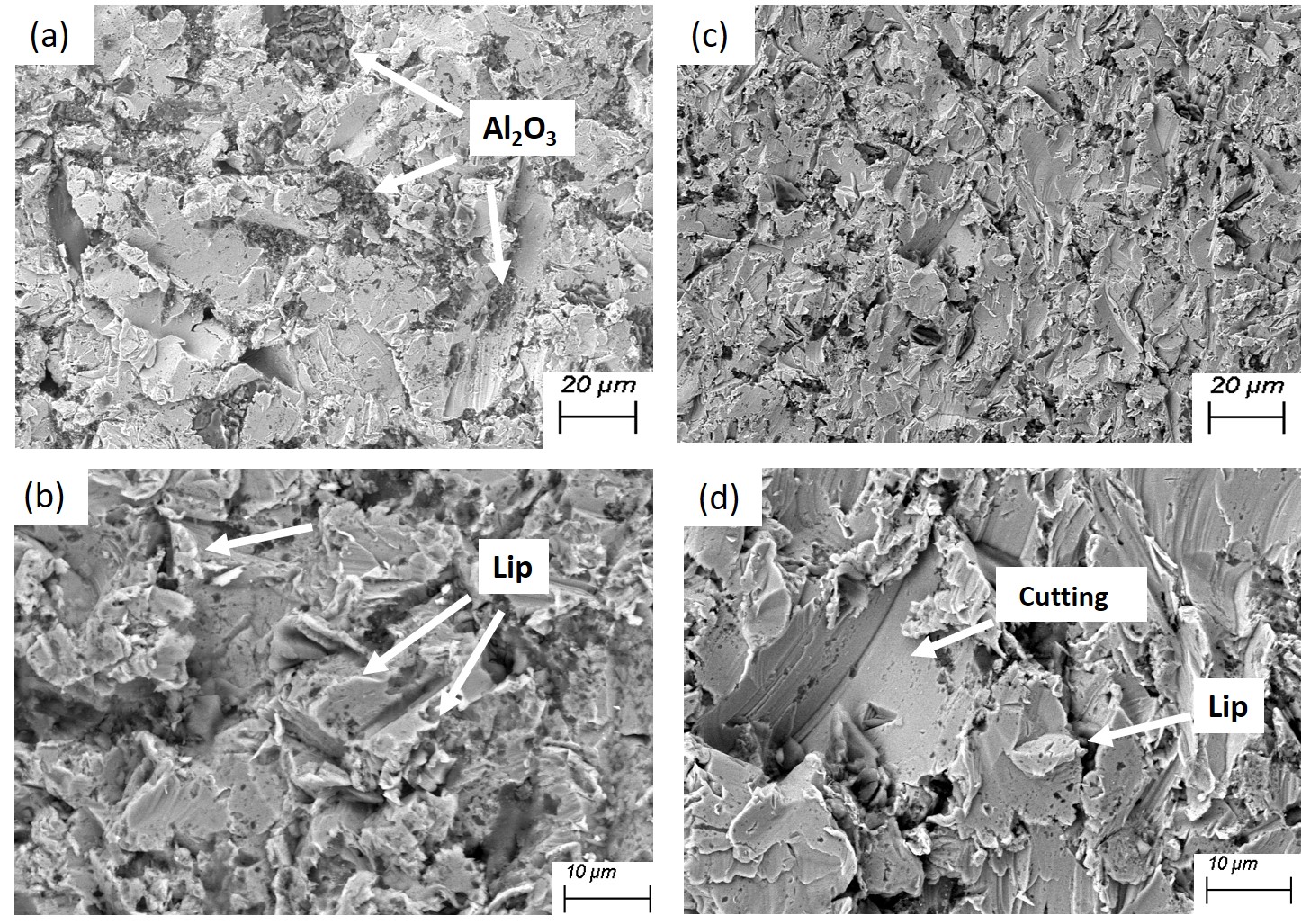 In this entry, a composite IN718-Ni coating was fabricated via conventional high-pressure cold spray using the following working conditions: nitrogen as carrier gas, pressure of 3.0 MPa, and temperature of 1000 °C. The feedstock was obtained by mechanically mixing IN 718 powders and Ni powders at the same mass fraction, resulting in 30 wt % IN718 retention into the final coating. The coating was characterized in terms of porosity and micro-hardness. Then, to investigate the effects of some operating variables on the erosion rate of the coating, a general full factorial design was adopted. The variables chosen were the impingement angle, the erodent size, and the erodent feed rate. It was found that the erodent feed rate and the impingement angle have a statistically significant effect on the erosion rate, as well as the interaction between erodent size and impingement angle. Then, a mathematical model relating such variables with the erosion rate was identified by weighted regression analysis. The identified model effectively allows to predict the erosion performance of the real component deposited with IN718-Ni coating under the working conditions and to properly design the in-service conditions of new cold-sprayed component. The set of parameters optimizing the erosion rate was accordingly derived by performing an optimization. It was found that the erosion rate is minimized when:

Finally, the worn surfaces of the coatings were observed by SEM in order to understand the erosion mechanism.