Mitochondria are clustered around the replication sites of several viruses and decrease the supply routes for energy and metabolites, resulting in increased viral progeny viruses. In a viral infection, viruses generate cellular stress, which causes mitochondrial redistribution.

2. Viruses and Their Effects on Mitochondrial Metabolites

In the host cell, viruses use building blocks such as lipids and amino acids for their virion progeny production, whereas energy causes processes such as viral assembly and release [10][11][12]. Moreover, mitochondria have evolved antiviral counter measures. Viruses mainly influence two different mitochondrial metabolic pathways such as the β-oxidation of fatty acids and the Tricarboxylic acid cycle or Krebs Cycle (Figure 1). Mitochondria are clustered around the replication sites of several viruses and decrease the supply routes for energy and metabolites, resulting in increased viral progeny viruses. In a viral infection, viruses generate cellular stress, which causes mitochondrial redistribution.

2.1. Regulation of Ca2+ Homeostasis by Viruses in Host Cells

Involved in various cellular process, Ca2+ acts as secondary messenger. Among different mechanisms, Ca2+ can enter through voltage-dependent anion channels [VDAC), also known as mitochondrial porins in outer membrane, into the mitochondrial intermembrane space [13][14]. This channel regulates Ca2+ entry and metabolites based on mitochondrial membrane potential (MMP). Ions such as Na+, H+, and Ca2+ exchange across the mitochondrial membrane resulting in decreased MMP, which depends upon the electron transport chain (ETC). The permeability transition pore (PTP) regulates Ca2+ efflux via a “flickering” mechanism. In Ca2+ overload, the PTP are opened for a longer duration which causes the destruction of mitochondrial functions. In the inner-mitochondrial membrane, oxidative stress, Ca2+ overload, and ATP depletion induce the formation of a non-specific permeability transition pore (PTP), which is also responsible for damage to the MMP. Moreover, viruses regulate MMP in the host cells. The MMP value varies from species to species and organ to organ, based on mitochondrial function, protein composition, and the amount of oxidative phosphorylation activity required in that organ of the body [15].
At the early stage of virus infection, viruses prevent apoptosis from resulting in the prevention of the host immune response and promote cell replication. On the opposite side, at a later stage of virus infection, viruses induce apoptosis and release the progeny virions for dissemination to the surrounding cells.

Viruses attack cells to generate interferon via activating a variety of signal transduction pathways. Pathogen-associated receptors (PRRs) such as the toll-like receptor (TLRs), nucleotide oligomerization domain (NOD) like receptor [NLRs), and retinoic acid-inducible gene (RIG-I) like receptor (RLRs), recognize the pathogen-associated molecular atoms (PAMPs) of viruses which are present inside the cell. PRRs directly activate immune cells [16].
Mitochondria are associated with RLRs such as the melanoma differentiation-associated gene 5 (Mda-5) and retinoic acid-inducible gene I [RIG-I), which recognize the dsRNA. RIG-I has two terminuses. The N-terminus contains caspase activation and recruitment domains (CARDs) and includes proteins such as mitochondrial antiviral signaling (MAVS), IFN-β promoter stimulator 1 (IPS-1), virus-induced signaling adaptor (VISA), or the CARD adaptor-inducing IFN-β (CARDIF) protein. On the other hand, the C-terminus includes RNA helicase activity [17] which binds to unmodified RNA produced by a viral polymerase in an ATPase-dependent manner, resulting in the exposure of its CARD domain and activating a downstream effector which leads to the formation of enhanceosome-triggering [18] NF-kB production.
Mitochondrial Antiviral Signaling (MAVS) contains a proline-rich region on the N terminal CARD and the hydrophobic transmembrane (TM) on the C-terminal, which targets the protein in the mitochondrial outer membrane [19]. Thus, it plays an essential role in antiviral defense in the cells. The overexpression of MAVS activates NF-kB and IRF-3, which produce type 1 interferon responses. By interacting MAVS with VDAC [20] preventing apoptosis and the opening of MPTP, the virus cleaves the MAVS from the mitochondrial outer membrane and reduces interferon response [21][22].
For example: 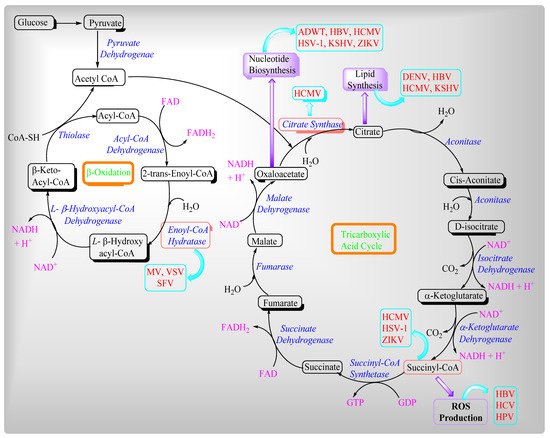 Figure 2. Viruses’ influence on beta-oxidation and the TCA cycle.

2.4. Role of SRV2 in Mitochondrial Dynamics

2.4.1. SRV2 in Various Functions of Mitochondria

2.4.2. Relationship between Mitochondria, Oxidative Stress, and Inflammation in COVID-19 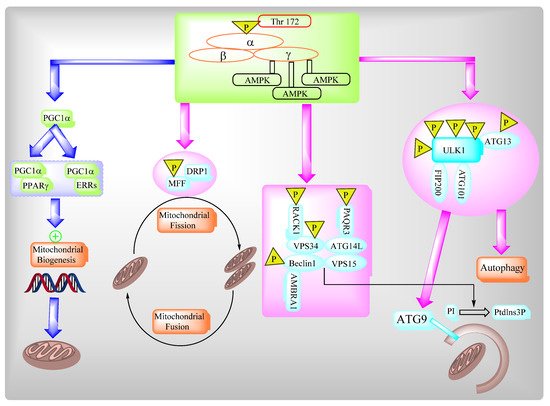 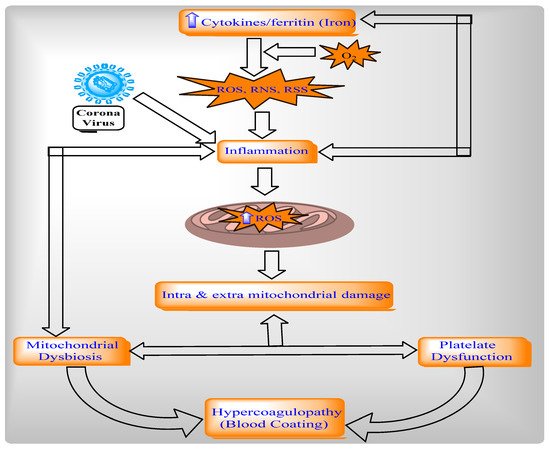 Figure 4. Mitochondria dysfunction in the pathogenesis of COVID-19.

The pro-fission protein of SRV2 activates mitochondrial fission via the loss of MMP, the ROS-overloading suppression antioxidant system, the depletion of cellular ATP, the release of the apoptotic factor, the activation of the caspase family, and NLRP3 inflammasomes. The protein SRV2 also promotes mitochondria-associated cardiomyocyte apoptosis to cause cardiomyocyte death and mitochondrial damage. The World Health Organization reported that most repositioned drugs modulators, under clinical investigation against COVID-19, act through different pathways such as UPR, autophagy, the NLRP3 inflammasome, and mitochondrial permeability transition pores (MPTP) to inhibit SARS-COV2 propagation. Analysis of the functional significance of mitochondrial dynamics and viral pathogenesis will open up new possibilities for the therapeutic design of approaches to combat viral infections and associated diseases.