Steel fibers and their aspect ratios are important parameters that have significant influence on the mechanical properties of ultrahigh-performance fiber-reinforced concrete (UHPFRC). Steel fiber dosage also significantly contributes to the initial manufacturing cost of UHPFRC.

Concrete is a very popular construction material (its annual consumption is about 25 billion tons) because of its low cost, availability, long durability, easily given shape and size, and ability to be sustained in extreme weather conditions [1]. On the other hand, concrete has a number of problems that cause considerable concern in the construction industry. Concrete is a brittle material with low tensile strength (approximately 1/10 of its compressive strength) [2]. In addition to its low tensile strength, concrete fracture toughness is at least 100 times less than that of steel. Moreover, concrete elements have a low capacity for resisting cracks under dynamic loads [3]. Consequently, these factors allow concrete structures to easily grow cracks during service life, create access for deleterious agents, and ultimately lead to steel bar corrosion [3][4][5][6][7][8]. Conventional concrete with low strength and a brittle nature creates concerning issues such as the durability and large section sizes of RC and prestressed structures [9][10][11][12]. To overcome the limitations of conventional concrete, a new scope of research was created to develop a cementitious composite having ultrahigh compressive strength, low porosity, and high ductility. Substantial research has been carried out to develop this technology, and it is known as ultrahigh-performance fiber-reinforced concrete (UHPFRC).
The development of UHPFRC began as ultrahigh-strength cement pastes. In 1972, Yudenfreund et al. [13] and Roy et al. [14] first produced ultrahigh-strength cement pastes with low porosity. Yudenfreund et al. [13] achieved about 240 MPa of compressive strength, using 0.2 water to binder ratios at 25 °C. Roy et al. [14] applied (1) hot pressure (25 to 50 ksi pressure at nearly 100 °C) and (2) high pressure (100 ksi pressure) to the concrete mix, and it resulted in 59.3 and 46.1 ksi compressive strength, respectively. The development of UHPFRC reached advanced stages after the 1980s. Alford and Birchall [15] and Bache [16] used densified small particles (DSP) and macro defect-free (MDF) paste concepts to develop UHPFRC. In 1994, De Larrard and Sedran [17] applied a 0.14 water-to-binder proportion and packing-density concept to develop flowable cement–mortar composite pastes with 236 MPa of compressive strength. Lastly, Richard and Cheyrezy [18] introduced ultrahigh-strength ductile concrete designated as reactive-powder concrete (RPC), which was the forerunner of UHPFRC. Richard and Cheyrezy [18] demonstrated that ultrahigh strength and toughness could be achieved by optimizing granular materials, using the packing-density method, where the concrete mix was subjected to heat from 20 to 400 °C and pressure at 50 MPa. Maximal compressive strength of 810 MPa was obtained by incorporating 3% steel fibers. Following the successful production of UHPFRC under laboratory conditions, various researchers attempted to produce it without any distinguishing characteristics. Various researchers attempted to produce UHPFRC with special treatments such as heat curing, high pressure, and extensive vibration [19][20][21]. UHPFRC was recently successfully implemented in large-scale RC structures and for retrofitting structural elements such as beams, columns, and bridge piers [22][23][24][25][26].
Other than having high strength, UHPFRC has a number of advantages, i.e., the dense matrix improves the durability of concrete [18][27]; for the same external load, it offers one-third or one-half the section size of conventional concrete [28], and it is more ecofriendly compared to traditional concrete, owing to fewer emissions of greenhouse gases [29][30][31][32][33][34]. Even though UHPFRC has numerous advantages, its applications are very limited, owing to higher manufacturing costs than those of conventional concrete. Therefore, the application of UHPFRC with low production costs is a major challenge. There are a couple of methods that may reduce the manufacturing costs of UHPFRC: (1) decreasing or optimizing the percentage of steel fibers without deteriorating the mechanical properties [35][36] and (2) avoiding a heat or high-pressure compaction approach [19][37].

The setting time of concrete is crucial for construction work, as it is associated with the removal of formwork, the construction schedule, etc. The outer surface of an UHPFRC specimen (exposed to weather) has a much faster evaporation rate of water than that of the inner part. This rapid evaporation of surface moisture misrepresents measurements of UHPFRC setting time, following the ASTM C403 [38] penetration resistance testing method. Yoo et al. [39] applied various methods and materials and suggested that using paraffin oil might resist water evaporation during the penetration resistance test. Consequently, accurate initial and final setting times for UHPFRC were found to be 10.8 and 12.3 h, respectively, as shown in Figure 1. Zhang et al. [40] demonstrated that for an identical mix design, initial setting times were delayed from 670 to 1165 min, and final setting times were delayed from 1010 to 1915 min when the volumetric steel fiber ratio increased from 1% to 3%, as shown in Table 1. Results indicated that the increased steel fiber amount had a negative effect on setting time. Very limited research has been performed to understand the effect of the fiber percentage on the setting time. 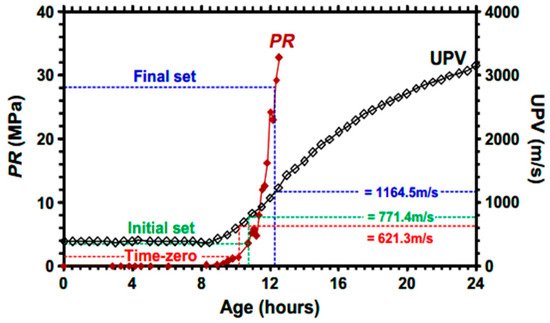 2.2. Effects of Steel Fiber Percentages and Aspect Ratios on Slump or Workability 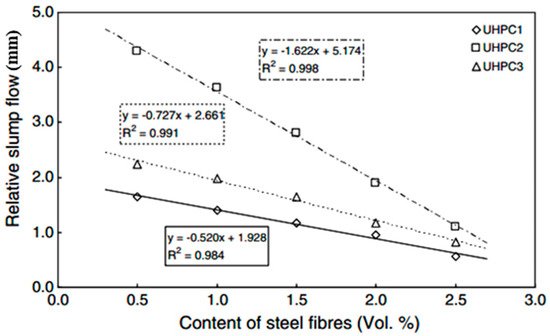 Figure 3. Relation between slump flow and fiber content [45].
Hoang and Fehling [46] investigated the effects of fiber percentage (0%, 1.5%, and 3%) and aspect ratio (13/0.175, 20/0.25, and 9/0.15) on t500 (the time required for UHPFRC to spread 500 mm dia) and slump flow (Figure 4 and Figure 5). Fiber percentage and aspect ratio (L/D) increments reduced slump flow and increased t500. Several other researchers also reported that an increased fiber aspect ratio negatively impacted slump flow [44][47]. Wille et al. [20] reported that UHPFRC mixtures containing steel fibers with a low aspect ratio (6 mm long and 0.15 mm diameter) were more workable, and steel fibers could be used up to 10%. Rossi [48] found that 12 mm long and 0.15 mm diameter fibers that used up to 3% of the total concrete volume could be used without affecting mixture workability. Alternatively, Wu et al. [49] and Yu et al. [50] reported that considering an identical amount of steel fiber, a higher aspect ratio (both researcher teams used 13/0.2) demonstrated increased flowability compared to that of steel fibers with low aspect ratios (6/0.2 and 6/0.16). 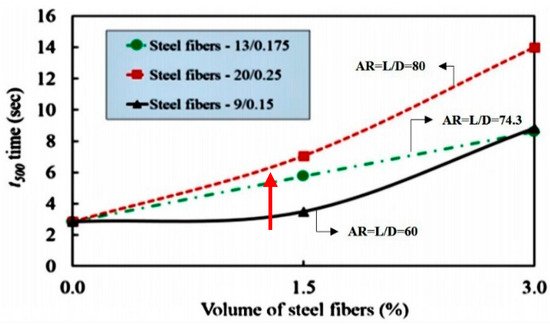 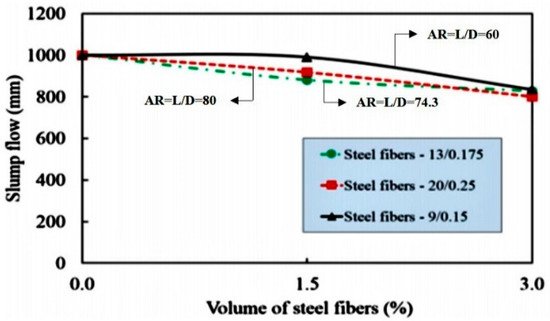