The human oral microbiome refers to an ecological community of symbiotic and pathogenic microorganisms found in the oral cavity. The oral cavity is an environment that provides various biological niches, such as the teeth, tongue, and oral mucosa. The oral cavity is the gateway between the external environment and the human body, maintaining oral homeostasis, protecting the mouth, and preventing disease.

Over the past decade, various efforts have been made to identify and understand the role of the microbiome in human health and disease.With the advent of innovative genomics technologies, such as next-generation sequencing (NGS) and bioinformatic tools, which deviate from the conventional culture-based detection method, the understanding of the contribution of the human microbiome to health is deepening [1].In addition, studies on the microbiomes in and on our bodies that form a functional organ fundamental to our health and physiology are still ongoing.

The microbiome refers to a community of microbial residents in the body.The term “microbiome” was coined by the 2001 Nobel Prize laureate Joshua Lederberg, who is credited for the Human Genome Project.The original meaning of the term is an ecosystem of symbiotic, commensal, and pathogenic microorganisms that reside in the human body [2].The oral microbiome, oral microbiota, or oral microflora are microorganisms found in the human oral cavity, constituting bacteria, fungi, eukaryotes, and viruses (Figure 1).The genome is the genetic material of an organism, the complete set of DNA, including all of its genes.In terms of the genome, the oral microbiome is defined as the collective genome of microorganisms that reside in the oral cavity.The oral microbiome reaches homeostasis with regard to this composition, which is a dynamic balance in inter-bacterial and host–bacterial interactions [3]. 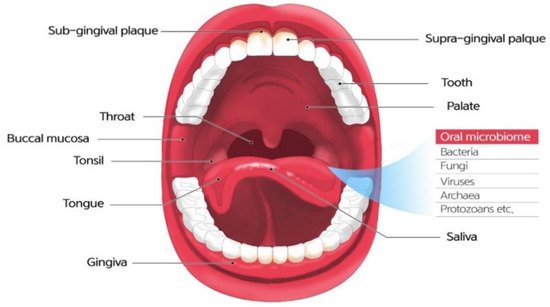 Figure 1. Oral cavity and the composition of oral microbiome.

As the oral cavity is ideal for microbiome residents, it is one of the most heavily colonized parts of the body.In addition, several distinct habitats within the oral cavity support complex and heterogeneous microbial communities.The interaction between oral microorganisms protects the human body against invasion and attack [4].Conversely, an imbalance in the oral microbiome can contribute to oral diseases such as dental caries, periodontitis, oral mucosal diseases, and/or systemic diseases [5][6].Furthermore, the relationship between the oral microbiome and the host is dynamic, and is influenced by many aspects of lifestyle, such as diet, tobacco consumption, stress, and systemic conditions, which can alter the composition and its properties and induce a state in which this finely tuned ecosystem is no longer in balance [2][7].The oral microbiome is an important link between oral and general health.

We know that oral microbiomes are not colonized at random, but that our microbial residents have coevolved with us over millions of years.To address microbial homogeneity or divergence and maintain a harmonious state to maintain health and prevent disease, we must pay attention to our microbiomes and consider our body a superorganism.The purpose of this review is to inform oral and general healthcare practitioners on the current knowledge of the oral microbiome in health and disease, to review how molecular methods of microbial characterization have advanced our understanding, and to discuss potential implications for clinical practice.Moreover, with the recent development of technology for detecting and analyzing oral microbiomes, there is more detailed information on their existence, composition, and specific roles.For these purposes, we searched the literature via the PubMed and Google Scholar search engines, selected the top 169 articles that matched the theme for a period of 30 years prior to January 2021, and conducted an extensive and comprehensive narrative review.

Antimicrobial use has also been suggested as an important factor affecting the composition of oral microbiota.Amoxicillin treatment reduced species richness and diversity and shifted the relative abundance of 35 taxa [15].They reported a substantial but incomplete recovery of the salivary microbiota composition from antibiotics approximately 3 weeks after the end of treatment.At the phylum level, the abundance ofActinobacteriawas markedly decreased by amoxicillin, which was administered for approximately 10 days.This was recovered at the level of pretreatment approximately 3 weeks after amoxicillin treatment.In comparison, the abundance ofProteobacteriain saliva was increased about 3 weeks after the amoxicillin treatment compared to the pre-treatment saliva [15].Raju et al.[16] reported the impact of antimicrobial use on saliva microbiota diversity and composition in preadolescents who systemically used amoxicillin, azithromycin amoxicillin-clavulanate, or phenoxymethylpenicillin.In addition, amoxicillin and amoxicillin-clavulanate potently decreased the abundance ofRikenellaceae.In children using azithromycin, a linear inverse association was observed between the use of azithromycin and the Shannon index [16].

Dietary intake also influences oral microbes.For instance, frequent sugar intake increases acid production, which dissolves tooth structure and increases the risk of dental caries via the fermentation of dietary carbohydrates by oral bacteria [17].Dietary sugars and specific oral microbiota, includingTannerella forsythia,Streptococcus sobrinus, andEikenella corrodens, can have a feedforward loop in patients with dental caries [18][19].Subsequent acid production by repeated intake of high levels of carbohydrates led to sustained reductions in pH, along with the low buffering capacity of saliva.In turn, this can change the oral microbiota composition and upregulate aciduric species [20].Aciduric species, includingStreptococcus mutansandLactobacilli, which are considered to be caries-associated microbiota, also produce acid under acidic conditions [21].The change to acidic pH can lead to altered gene expression in sub-gingival bacteria, which favors the growth of pathogenic anaerobes such asP. gingivalis, which have an optimum pHfor growth of approximately 7.5 [22].Nutrition also affects periodontal bacteria and is considered a key modifiable factor for periodontitis [23].

There is controversy regarding whether alcohol consumption is a protective factor against or a risk factor for periodontitis.However, low socioeconomic status has been associated with periodontitis [24] and dental caries [25].Alcohol consumption and socioeconomic status may also affect oral microbiome composition, considering reports on oral microbes in periodontitis and dental caries.Alterations in host immune competence can lead to an increase in the production of virulence factors, which can affect the community composition and meta-transcriptional landscape.

Epidemiologic findings revealed a more frequent occurrence of dental caries in the occlusal and proximal surfaces of the first molars [26].Pit and fissure structures or interdental spaces are anatomical factors that are protected from host defense mechanisms and avoid adequate removal of the plaque biofilm.Site-to-site variabilities in salivary film velocity and salivary clearance might affect the environmental selection and biogeography of the microbiome community, which in turn implies that the tooth surface is susceptible to demineralization [27].

Oral cancer is a cancer of the lips, mouth, or oropharynx.In an effort to elucidate the pathogenesis of oral cancers, oral microbiota has come into the spotlight and has been suggested to be involved through three possible mechanisms [28].The chronic inflammatory responses provoked by bacteria could be responsible for this, since chronic inflammatory mediators facilitate cell proliferation, mutagenesis, and oncogene activation.

More studies investigating the pathophysiology of oral cancers are required to confirm the association between oral cancer and oral microbiota; however, evidence advocating for the association is accumulating, and oral cancer surfaces harbor significantly higher numbers of oral aerobes and anaerobes compared to the healthy mucosa surface [33].Therefore, the detection and management of the oral microenvironment are essential for the control of oral malignancy.

Esophageal cancer has also been reported to be related toTannerella forsythiaandP. gingivalis[34].The study showed that the genusNeisseriawas associated with a lower risk of esophageal cancer, as was the carotenoid biosynthesis pathway, to which a number ofNeisseriaspecies can potentially contribute.

Some studies have shown that periodontal diseases are associated with lung cancer risk [35][36][37]; however, it was difficult to analyze the association between oral microbiota and lung cancer because smoking, one of the biggest risk factors for lung cancer, can also affect the oral microbiota.In a small cross-sectional study, the abundance ofCapnocytophagaandVeillonellawas elevated, together with a reduced number ofNeisseria, as found by means of 16S rRNA gene sequencing [38].Thus, the current data are insufficient to conclude that oral microbial variations contribute to lung cancer.

Significant evidence supports an association between periodontal pathogenic bacteria, preterm birth, and preeclampsia.For example,Fusobacterium nucleatumis associated with adverse pregnancy complications [39], andPorphyromonas gingivalishas been detected in the amniotic fluid of pregnant women at risk for premature delivery and in the placentas of patients with preeclampsia [12][40].

Neurodegenerative disorders, such as Alzheimer’s disease [41] and Parkinson’s disease [42], have also been reported to be associated with the oral microbiome.The most complete study in this regard is the association betweenP. gingivalisand Alzheimer’s disease [41].P. gingivalisinfection in mice resulted in brain colonization, and gingipain proteases produced byP. gingivalishave neurotoxic characteristics.It has also been shown that typical oral species of the phylum Spirochaetes, including multiple species of the genusTreponema, often comprise amyloid plaques [43].The potential mechanisms of their action by oral taxa make this another attractive area for investigation.