Small Leucine-Rich Proteoglycans (SLRPs) are key extracellular matrix proteins that play a role in many fundamental biological processes involved in the maintenance of retinal homeostasis.

Retinal diseases such as age-related macular degeneration (AMD), diabetic retinopathy (DR), and retinopathy of prematurity (ROP) are the leading causes of visual impairment worldwide [1][2][3][4]. There is an unmet need to understand the structural and cellular components that play a critical role in the pathophysiology of retinal diseases. One potential component is the family of structural proteins called small leucine-rich proteoglycans (SLRPs).
In our comprehensive review, we describe the expression patterns and function of SLRPs in the retina, including Biglycan and Decorin from class I; Fibromodulin, Lumican, and a Proline/arginine-rich end leucine-rich repeat protein (PRELP) from class II; Opticin and Osteoglycin/Mimecan from class III; and Chondroadherin (CHAD), Tsukushi and Nyctalopin from class IV.

SLRPs can be broadly divided into five distinct classes based on their number of LRRs, amino acid residues at the N-terminus and their chromosomal organization. In canonical classes I–III, a capping motif, comprising of two terminal LRR and an “ear repeat”, can be found. These ear repeats maintain the protein core’s structural conformation and influences its ligand binding ability [5]. On the other hand, Class IV and V SLRPs do not have ear repeats [6]. Figure 1 summarizes the gene–protein information for each SLRP that has been found in the retina. Table 1 summarizes the distribution of known SLRPs in the retina. 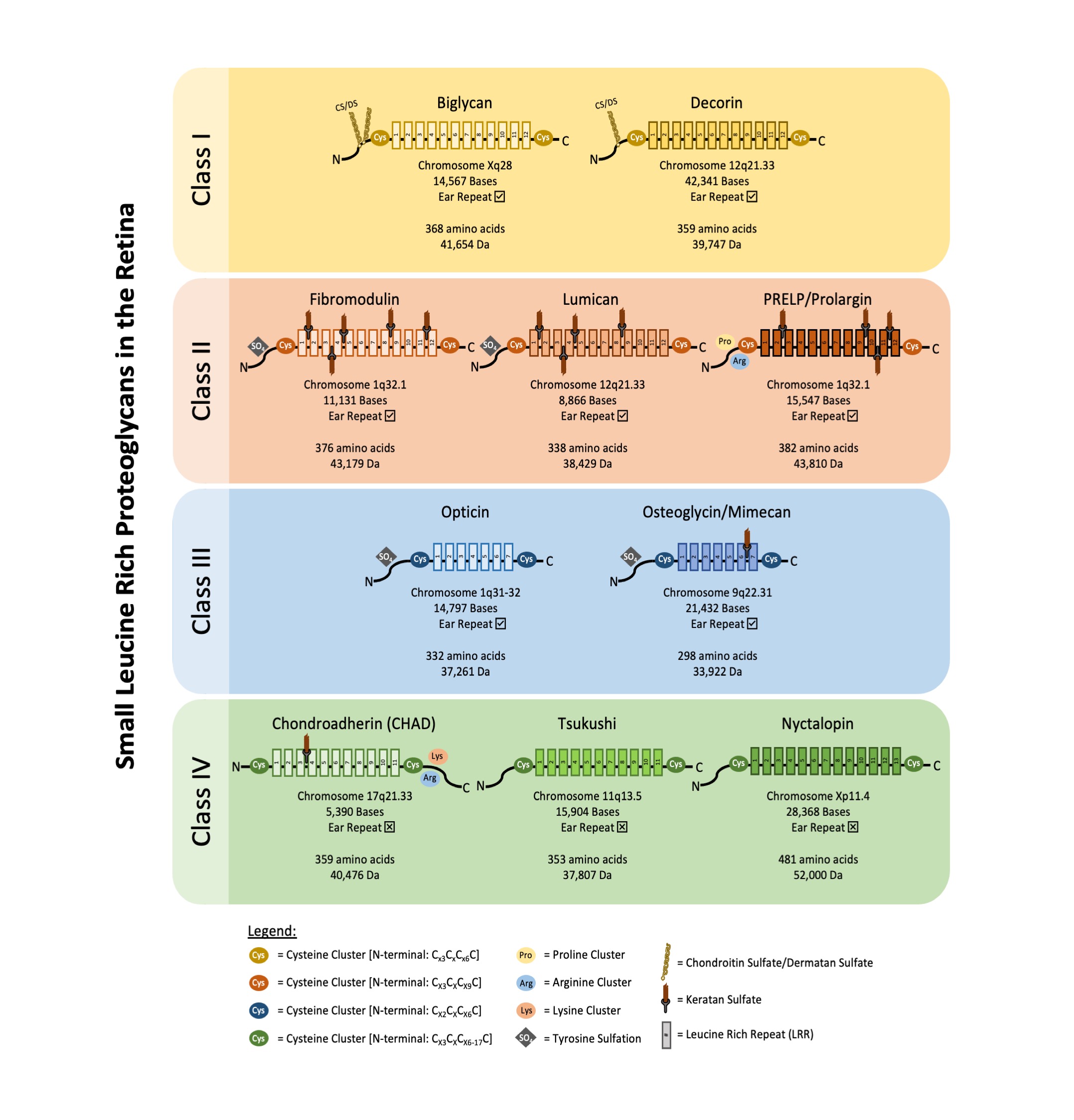 Figure 1. Classification and gene–protein information of known retinal SLRPs.
Table 1. Distribution of SLRPs in the retina.

Biglycan and decorin are class I SLRPs.
Biglycan plays a role in regulating cell differentiation, angiogenesis, and retinal structural integrity. It has been associated with hyperlipidemia, Bruch’s membrane thickening and sub-retinal pigmented epithelium (RPE) particle formation with mice overexpressing alipoprotein B-100 and fed a high cholesterol diet, suggesting that biglycan may be involved in the pathophysiology of AMD [20]. It has also been found to be highly associated with angiogenic markers such as vascular endothelial growth factor (VEGF), platelet-derived growth factor (PDGF), and angiopoietin-like proteins in an in silico gene analysis of gastric cell tissues [21]. Furthermore, biglycan has been suggested as a phototoxicity biomarker for UV-induced damage to the interphotoreceptor matrix (IPM) [18].
Decorin is involved in various biological functions, including the modulation of ECM, growth factors, cell proliferation, survival, migration, and angiogenesis [22]. Decorin may be a key regulator of angiogenic responses by acting as an inhibitor for multiple receptor tyrosine kinases (RTKs) such as the epidermal growth factor receptor (EGFR) [23], the insulin-like growth factor receptor I (IGFR-1), [24] and the Met hepatocyte growth factor receptor (HGFR) [25]. It can modulate matrix metalloproteinase (MMP) activity [26], and inhibit EMT and fibrosis in ARPE-19 cells [27]. Decorin has also been shown to downregulate Ras-related C3 botulinum toxin substrate 1 (Rac1) and Hypoxia-inducible factor 1-alpha (HIF-1α) [28]. Furthermore, decorin plays a role in cellular adhesion [29] and has been shown to reduce VEGF and TNFα immunoreactivity in oxygen-induced retinopathy (OIR) Sprague–Dawley rats [30].

Fibromodulin contributes to the damage repair process in the retina [8]. It can modulate the complement pathway by binding to complement inhibitor factor H [31] and might be a vital component in the maintenance of retinal adhesion [32].
Lumican expression levels in the retina are closely associated with light exposure [10]. It has been identified as a UV phototoxicity biomarker for IPM disruption [18] and is one of the hallmarks of EMT due to its close association with EMT activation [33].
PRELP can inhibit the complement pathway by blocking the assembly of membrane attack complex through inhibiting C9 polymerization [17]. PRELP has also been shown to inhibit C3 formation which is involved in the alternative pathway [34].

Opticin may play a role in vitreoretinal adhesion by modulating macromolecular surface coatings of collagen fibrils in the inner limiting membrane [35]. It also prevents pathological angiogenesis by acting as a competitive inhibitor to prevent the adhesion of endothelial cells to collagen [36]. This is supported by another study whereby opticin deficient OIR mice depicted a significant increase in preretinal neovascularization [37]. Opticin may also serve as a potential biomarker for neovascular AMD [38]. Additionally, it has been shown to bind and regulate growth factors in the chick retina [39].

Osteoglycin/mimecan has been found to interact with the leucine-rich protein, B7, which is expressed in the human cornea, iris, retina and sclera [40]. However, little is known about B7’s role in modulating retinal integrity.

Chondroadherin (CHAD) has been detected in both human [7] and mouse [14] retina. However, its functional roles have yet to be determined.

Tsukushi is expressed in mice inner nuclear layer [16] and suggested to be involved in the regulation and proliferation of Müller glia. However, further evaluation will be required to determine its role in the retina.

Nyctalopin has been found to be associated with transient receptor potential melastatin 1 (TRPM1) [41] and mGluR6 [42]. They form a complex that enables fast signal transmissions for the ON-bipolar cell (BC) response. Another protein, LRIT3 has also been reported to interact with nyctalopin and is required for the localization of nyctalopin to ON BC dendritic tips [43]. Nyctalopin also regulates retinal activity required for the maintenance of axon terminal segregation in the dorsal–lateral geniculate nucleus  [44]. Mutations in the nyctalopin gene can result in congenital stationary night blindness [45] and myopia [46].

7. Other SLRPs Unknown to the Retina

Apart from the 10 SLRPs discussed above, there are seven other SLRPs yet to be studied in the retina, namely, extracellular matrix 2 (ECM2) and asporin from class I; osteoadherin and keratocan from class II; epiphycan from class III; and podocan and podocan-like-protein-1 (Podnl1) from class V. Further evaluation to determine the role of SLRPs in the retina can potentially expand our understanding of complex retinal diseases and provide new opportunities for the treatment for the vision loss.