This entry opens up a discussion on a new method of the functionalization of silica thin films with metal ions inside pores. The main idea of this method is based on the fact, that it is possible to finely tune the functionalization level by controlling the co-condensation procedure, notably the ratio of the ordinary silica source (usually tetraethyl orthosilicate) and silica source with the attached functional groups (for example, (3-cyanopropyl)triethoxysilane) in the synthesis medium. Depending on the ratio of these two components during the synthesis route, the number of functional groups in the final film - and the amount of further adsorbed on them (or their derivatives) metal ions - can be precisely controlled.

Mesoporous silica thin films built of silicon dioxide (mainly amorphous) have an extraordinary developed surface due to the presence of a vast amount of pores in the structure [1][2][3], usually ordered. From the applicative point of view, it is essential to adjust the structure of mesoporous thin films in order to ensure good accessibility of pores and fast transport properties [4]. In this respect, regular nanoporous thin films containing vertically aligned mesochannels offer an ideal configuration for being used as matrices for the fabrication of functional materials with sophisticated structures and unique properties. An efficient way to prepare them is the electro-assisted self-assembly method (EASA), resulting in uniform thin films made of vertically aligned mesopore channels, ordered in a 2D hexagonal pattern, with a pore diameter of about 2 nm and wall thickness of 1 nm [5][6]. The structure of pristine EASA thin films (non-functionalized) can be seen in Figure 1a along with the transmission electron microscopy (TEM) micrograph showing the perfect hexagonal arrangement of the packed mesopores (Figure 1b).

Figure 1. The structure of a vertically aligned porous silica thin film prepared via electro-assisted self-assembly method (EASA): scheme (a) and TEM microphotography (b).
Despite their extraordinary structure, the real potential of porous silica thin films became clear after taking into account the possibility of their functionalization. From this point of view vertically aligned mesoporous silica layer can be treated as a unique template that can be precisely modified for particular needs via the deposition of corresponding units. Thanks to the extraordinarily high specific surface area, such a matrix can accommodate a huge number of anchoring moieties on its internal pore surface and a large variety of organo-functional groups owing to the possible combination of EASA with click chemistry. What is more, we are capable of finely tuning their number, realizing by it the idea of the “2D solid solvent” [7].
This entry presents an effective procedure allowing for the fabrication of the vertically aligned mesoporous silica thin films containing metal (silver) ions anchored inside the mesopores via propyl-carboxyl units. The number of the silver ions accommodated inside pores can be tuned by the variation in the number of anchoring propyl-carboxyl units incorporated in the silica structure during the co-condensation synthesis procedure. The materials developed here have great importance as far as antimicrobial layers are concerned. What is more, such compounds can be a starting point for the fabrication of the much more sophisticated nanostructured composite materials, containing for instance regularly 2D distributed metallic nanowires inside pores.

The preparation of vertically aligned mesoporous silica thin films with hexagonally packed mesochannels containing silver ions at selected and controllable content can be divided into the five steps summarized in Figure 2.

Figure 2. The general procedure of synthesis of vertically aligned mesoporous silica thin films with 2D hexagonally arranged pores containing silver ions inside pores with assumed concentration.
On appropriate substrates (we have used glass plates covered pyrolytically by fluoride-doped tin oxide (FTO) conductive layer), silica thin films were grown using EASA method from an aqueous solution containing ethanol, NaNO3, HCl, CTAB (cetyltrimethylammonium bromide as detergent), and silica precursors mixture of TEOS and BNTES in different proportions. The molar ratio between the two last compounds defines the doping level of the final materials. In order to yield final molar concentrations of functional units of 10%, 5%, 2.5%, and 1.25%, we assumed the following proportions of TEOS to BNTES: 9:1, 19:1, 39:1, and 79:1 (corresponding to sample numbers 9, 19, 39, and 79).
After electrodeposition of films, all samples were heated and washed to remove surfactant molecules from pores. Afterward, the film surface was passivated by silanization to eliminate the impact of the surface hydroxyl units. In the next step, films were hydrolyzed in order to transform cyanopropyl groups into propyl carboxylic acid units, capable of immobilization of silver ions and at the final step - the prepared samples were activated with silver ions.

We applied DPASV (Differential Pulse Anodic Stripping Voltammetry) for the verification of the synthesis procedure by measuring the relative amount of the silver in prepared samples that were thus applied as working electrodes in a pure electrolyte solution. Typical DPASV results for the samples with different numbers of anchored functional groups are depicted in Figure 3. After electrolysis at -0.25 V for 1 min (leading to Ag(I) reduction into Ag(0) onto the electrode surface), one can see the presence of stripping peaks for all samples at approximately 0.2–0.3V corresponding to the reoxidation of silver deposits, with the surface of peaks being proportional to the amount of silver on the electrode. 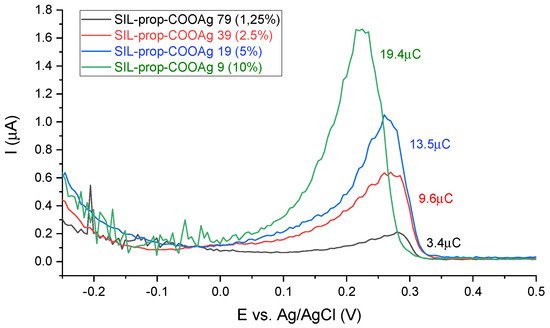 Figure 3. Differential pulse anodic stripping voltammetry (DPASV) curves
Taking into consideration that these peaks are absent for the non-activated films and the variation of peak areas plotted versus the functionalization level, this confirms the presence of increasing contents of silver-containing groups in the films. The variation is linear for samples from 2.5% to 10% functionalization, but the response of the 1.25% sample seems to be underestimated, which can be due to less electrochemically accessible silver ions due to their dilution in the materials (-prop-COOAg moieties farther from each other). Finally, the asymmetric peaks profiles indicate rather slow anodic stripping, with a fast drop in currents after having reoxidized all Ag(0) formed during the electrolysis performed at -0.25 V for 1 min prior to DPASV.
The peak positions are also informative as they vary with the concentration of functional groups in the films, decreasing by ca. 60 mV when passing from SIL-prop-COOAg 79 to SIL-prop-COOAg 9 samples. This was unexpected as stripping peak potentials are usually evolving in the opposite direction when increasing the number of metal species to be stripped at chemically modified electrodes (due to the longer time needed to oxidize larger metal deposits). In the present case, the oxidation of silver during the anodic stripping is thus facilitated when occurring at film electrodes bearing more concentrated carboxylate groups, which can be explained by their stabilizing effect in anchoring the Ag+ species generated by DPASV, confirming once more the successful functionalization of the films.
The most probable configuration of silver is an ionic form Ag+. However, in order to confirm this thesis, we performed an additional experiment. To evaluate the redox state of the silver-containing molecules, one can scan potentials in a linear way from neutral (the zero-current potential, to avoid any transformation) towards negative values and positive ones (with the use of separate samples). When the signal occurs during scanning potentials towards the cathodic direction, it would mean that the material contains some Ag+ moieties. Scanning towards the anodic direction, in turn, can reveal Ag(0) when the signal occurs. The results of such an experiment can be seen in Figure 4. To increase the resolution, we did measurements for the sample containing the highest number of functional units: SIL-prop-COOAg 9. As it can be clearly seen, the reduction peak is clearly seen, while we cannot observe any oxidation one. This proves that our samples contain ionic silver Ag+. 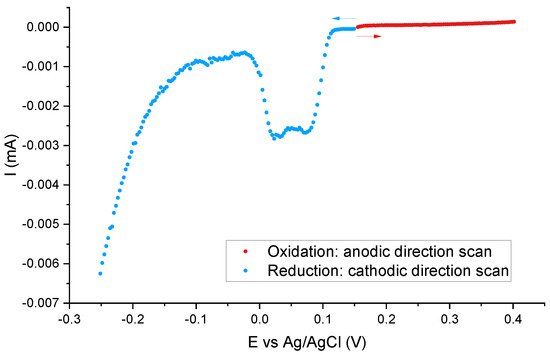 Figure 4. The test of the redox state of silver-containing molecules: linear potential scans of the SIL-prop-COOAg 9 samples in 0.1 M NaNO3.
Plotting the current values versus time for the oxidation reaction during DPASV measurement, one can obtain the charge Q, corresponding to the silver oxidation process by integrating the surface area under the curve. Knowing this value as well as the approximate amount of channels (can be calculated from electrode size and pore density) it is possible to estimate approximately the number of electrochemically accessible silver ions in one pore that can be calculated as approximately 43.5 ions per single channel. It is worth noticing that this number of ions in a pore is a rough value that could be underestimated as one cannot be sure that all silver species are electrochemically accessible. Nevertheless, the number obtained here indicates that multiple ions can be placed in one pore, and their number can be tuned.