The Crohn’s Disease Exclusion Diet (CDED) is a new generation of nutritional therapy—in its initial stages, aimed at inducing remission, it involves a combination of partial enteral nutrition (PEN) with selected natural diet products. The primary mechanism of action is to exclude or limit exposure to dietary factors with potentially deleterious effects on the pathogenesis and course of CD.

The etiology of CD is unknown. Currently, interactions between environmental factors and the intestinal microflora and immune system (intestinal barrier) in individuals with a genetic predisposition to develop the disease are considered the most likely pathomechanism (Figure 1) [1]. The critical importance of environmental factors is confirmed by epidemiological data, including incidence rates around the world. Interesting information was provided by observations among people who moved from regions with low incidence to countries with high incidence—it was shown that the offspring of immigrants had the same risk of CD as children coming from families living in regions with high incidence for many generations [2]. One of the best-studied environmental factors in the context of CD pathogenesis is diet. Recent data suggest that as a result of specific dietary factors, the delicate immune balance between the microbiota and the intestinal mucosa is disrupted, leading to chronic inflammation. This hypothesis is supported by research findings that show a correlation between the so-called Western (industrialised) dietary pattern and increased risk of CD [3][4][5]. 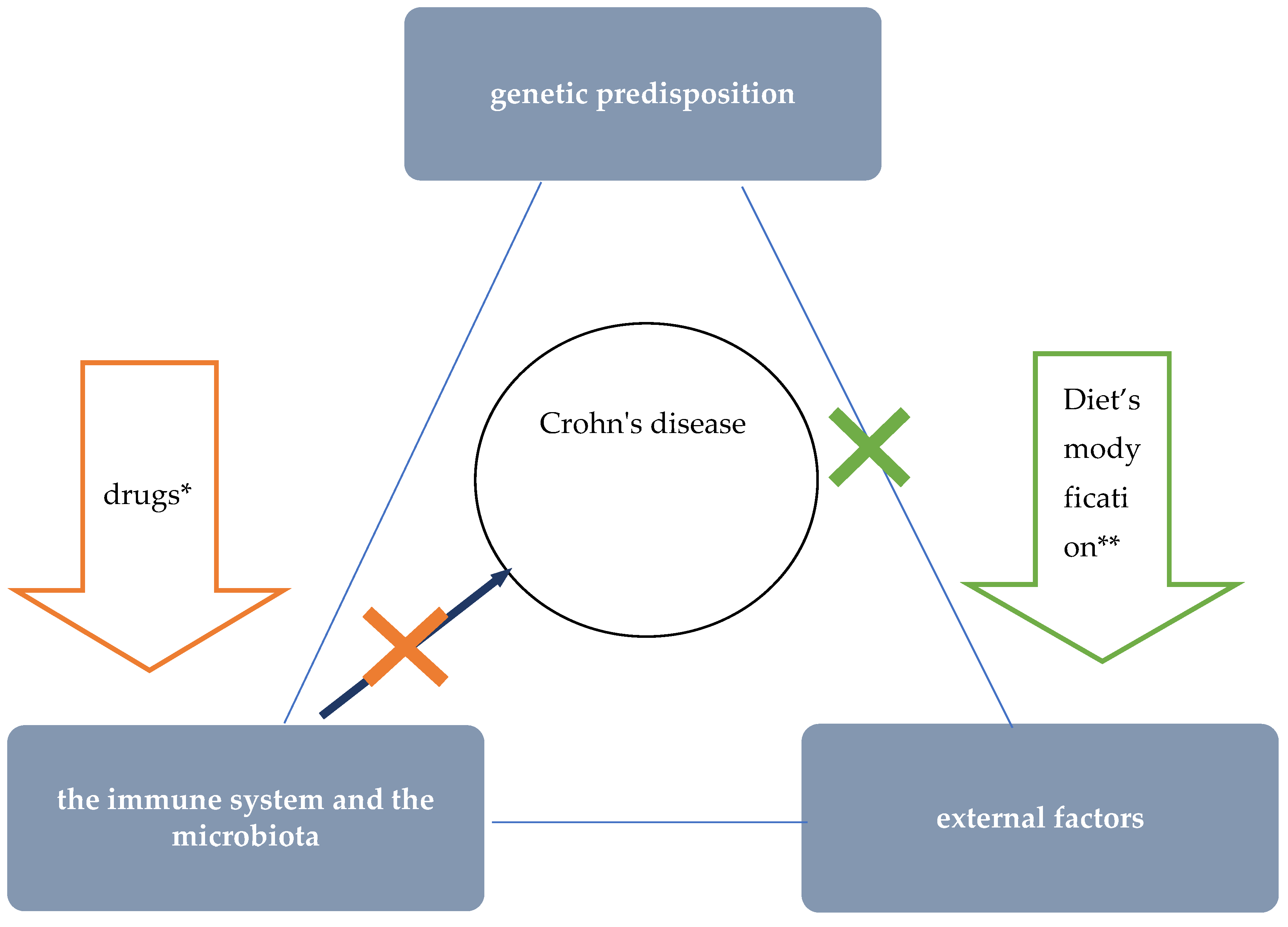 Figure 1. The role of nutritional therapy in the treatment of Crohn’s disease. * steroids, immunosuppressants, and biologics’ ** such as EEN.
Epidemiological studies proved the influence of the Western diet on an increased incidence of CD and, conversely, a lower incidence among those following a Mediterranean diet [3][5]. One of the features typical of the Western dietary pattern is the high consumption of processed foods. Meanwhile, a number of adverse consequences resulting from exposure to a variety of food additives were demonstrated in studies in cellular and animal models [3]. For example, the destructive effects of emulsifiers (i.e., carboxymethylcellulose and polysorbate-80) on the mucus layer that protects intestinal epithelial cells was proved [6][7][8]. Due to their gelling and thickening properties, these additives are commonly used in meat and dairy products, among other things. Another problem specific to the Western diet is low dietary fibre intake. Particularly relevant to the pathogenesis of CD may be a low supply of food that provides substrates for the production of short-chain fatty acids (SCFAs), especially water-soluble dietary fibre and resistant starch [9]. Short-chain fatty acids, which are a metabolic product of the bacteria residing in the intestines, play an important role in maintaining normal intestinal barrier and immune system function in a number of ways, including:
On the other hand, in the absence of sources for SCFA production, the mucus layer that protects intestinal epithelial cells can be used by bacteria as a medium, allowing their translocation through the intestinal mucosa [9][10].
Other features of the Western diet with potential negative effects on CD development include high consumption of red/processed meat, animal fat, and wheat (Figure 2) [3]. For example, studies in animal models proved, among other things, the effect of a diet high in fat and sugars on adverse changes in the composition of the intestinal microbiota and on impaired expression of short-chain fatty acid receptors (GPR43). GPR43 are involved in mechanisms regulating SCFA-mediated immune responses [11]. Figure 2. Western diet and the pathogenesis of Crohn’s disease [3].
A summary of Western dietary factors considered as particularly important in the pathomechanism of inflammation in CD is shown in Figure 2.

2. CDED—Protocol and Mechanism of Action 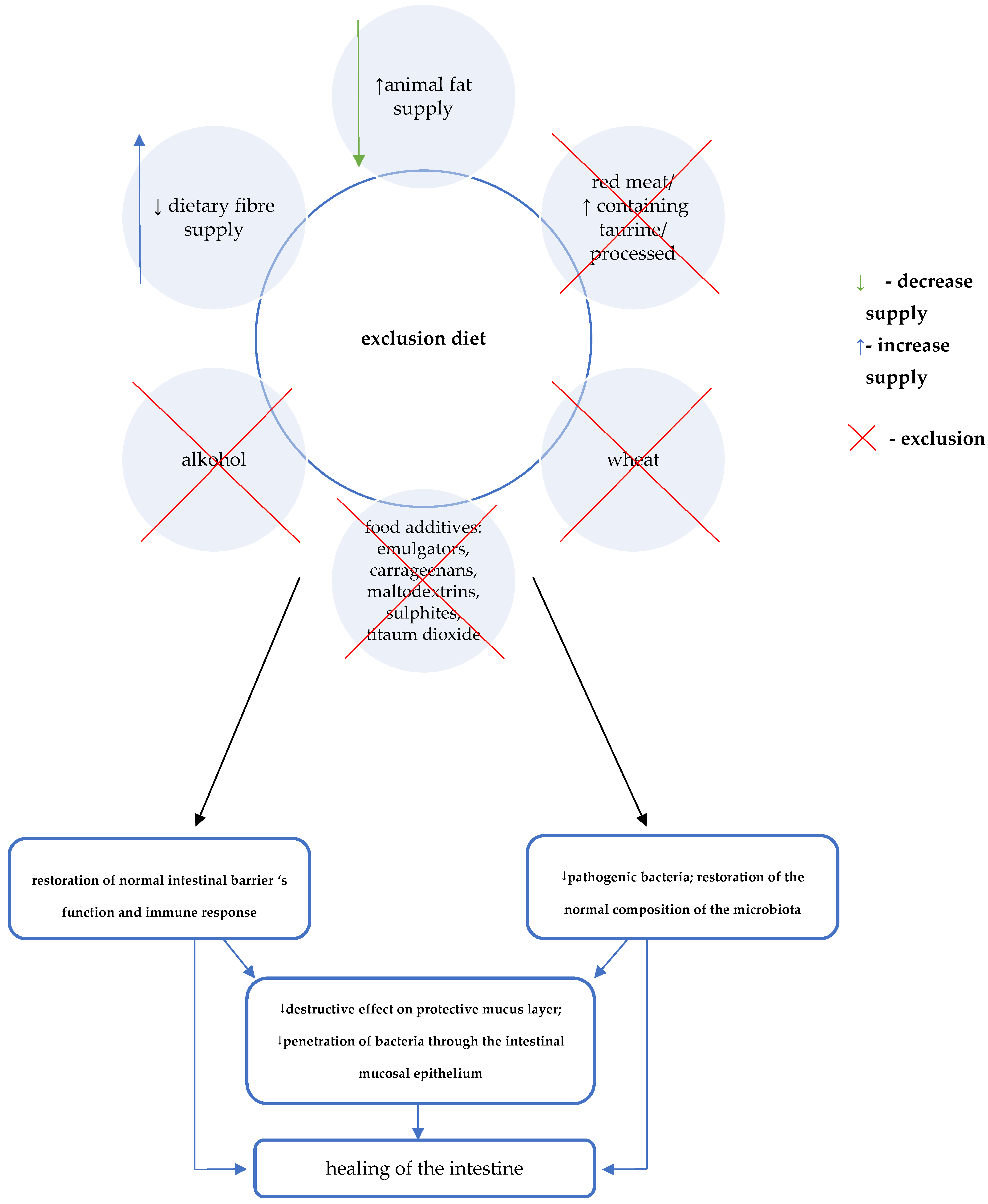 Figure 3. Crohn’s Disease Exclusion Diet (CDED) diet and the treatment of Crohn’s disease [12][13][14].
The auxiliary mechanism of CDED involves consideration of the supply of specific components that may provide additional benefits [12][13][14]. A key role in this regard is attributed to the effect of increasing the production of short-chain fatty acids. Therefore, foods that are mandatory in CDED include selected foods rich in water-soluble fibre (e.g., pectin) as well as resistant starch (Table 2) [3][12][13][14].
Table 2. Foods mandatory/allowed during the induction phase of CDED (stages 1 and 2).
* preferably boiled and cooled. ** preferably medium mature. *** as well as all foods allowed during stage 1. The protocol of the CDED is divided into three phases, including 2 (lasting 6 weeks each) stages of the induction stage and phase 3—maintenance, which should be continued for at least 9 months, and treated as the target diet. Each subsequent phase is less restrictive and easier.
In the first phase, due to the greatest restrictions regarding the allowed foods, 50% of daily energy demand must be satisfied by enteral diet. Phase 2 is the time of reintroduction of some foods that had to be eliminated during the first 6 weeks. Due to the increasing variety of foods that are allowed, the recommended % of energy provided with the formula is reduced to 25% of the demand. Satisfying some nutritional needs with the use of a complete enteral diet is aimed at preventing deficiencies and maintaining/improving the nutritional status in the period of the greatest restrictions, i.e., in the first 2 phases of the diet. The principles of formula selection are the same as the guidelines for exclusive enteral nutrition in children. Standard polymeric, normocaloric (1 kcal/1 mL) diets are recommended. In justified cases, that is in patients with food intolerances, allergy to cow’s milk proteins or insufficient tolerance of the polymeric preparation, preparations containing hydrolysed protein should be recommended.
Foods that can be consumed in the first two phases of the CDED are divided into foods that are:

–
mandatory, i.e., recommended for daily consumption. Their role is to provide adequate nutritional value of the diet as well as substrates for the production of SCFA;
–
neutral, which are supposed to add variety to the daily menu, but do not necessarily have to be consumed.
–
forbidden.

Table 2 presents the summary of mandatory and neutral products that can be consumed during phases 1 and 2 of the diet. The quantity of enteral feeding and particular supplementing products should be determined individually, in accordance with the state of nutrition stemming from sex, age and activity of the disease as well as energy and nutrient demand.
In phase 3 (maintenance), patients should function according to the principle of controlled exposure to dietary components with potentially negative effects on pathogenesis and the course of the disease. Therefore, for five days a week, they should compose their meals based on products allowed in phase 2 as well as selected additional products. During these days, especially in the case of patients who did not normalise the parameters of their nutritional status despite good treatment effects, it is recommended that supplementation with formula be continued. In addition, on selected consecutive days it is possible to eat two meals composed of products that are not recommended for daily consumption. Patients should still avoid particularly harmful foods, mainly highly processed products, i.e., processed meats, frozen, ready-to-eat foods and sweetened beverages. Table 3 presents a summary of foods/meals that can be consumed additionally during the maintenance phase of CDED.
Table 3. Foods allowed in the maintenance phase of CDED.
* as well as all foods allowed in phase 2. ** can be eaten for 2 selected meals during the day.

As of today, EEN is the sole method of nutritional treatment with proven efficacy in inducing remission in children with active Crohn’s disease that is recommended in the official guidelines. This form of dietary treatment, however, has significant limitations that have a negative impact on the possibility of its wide use and long-term maintenance of its positive effects. It seems that the groundbreaking reports concerning CDED, a modern method of dietary treatment, which indicates that it is at least comparable with EEN in terms of its effectiveness in inducing remission and that is much better tolerated by patients, CDED will be included in the latest guidelines of scientific societies.