Tunnel Technology is an infrastructure-based technology that facilitates crop production for an extended period. The technology protects the crop from climate change effects, prolongs production, and makes efficient use of resources.

Poverty alleviation has been a priority for the last few decades, including the recently instituted sustainable development goals (SDGs). The SDGs are a combination of 17 goals designed by the United Nations to be a blueprint for achieving a better and more sustainable future for all by 2030 [1]. Particularly, SDG 1, “end poverty in all forms everywhere”, SDG 2, “end hunger, achieve food security and improved nutrition and promote sustainable agriculture”, and SDG 13, “take urgent action to combat climate change and its impacts” deal with poverty alleviation and sustainable development of the poor population. However, 1.4 billion people still live below the poverty line of less than USD 1.90 a day. Amongst these, 767 million (55%) are smallholder farmers [2], and more than 84% of them have a farm size of less than 2 hectares [3]. Smallholder farmers are also more vulnerable to climate change as they lack adequate resources to tackle its adverse effect [4]. Therefore, identifying sustainable strategies to improve smallholder farmers’ living conditions can contribute to economic growth, reduce global poverty and achieve sustainable development goals [5].
Adoption of environment-friendly technology can enhance farmers’ ability to tackle climate change effects, boost productivity, raise producers’ incomes, and contribute to household welfare [6][7]. Several developing countries have emphasized climate-smart agriculture technology as interventions to improve smallholder farmers’ living conditions. For instance, Singh et al. [8] showed that integrated weed management technology increased crop yield and contributed to climate-resilient livelihood. Gebbers and Adamchuk [9] illustrated that precision agriculture ensures food security maintaining the environment quality. Likewise, [10] demonstrated farm management practice increased the rice yield while protecting crops from natural disasters.
Nepal is a poor agricultural country in South Asia, where the government has emphasized technology-led interventions as strategies for the growth and development of farmers, the majority of whom are smallholders [11]. Since the earliest attempt of agricultural interventions through the construction of an irrigation canal in Saptari and an experimental farm in Kathmandu in 1923 [12], the government has highlighted technology-led intervention in its strategic plans, policies, and extension services [13]. In recent times, the government has acknowledged the climate change risks and highlighted the promotion of climate-smart agriculture technologies. One such widely promoted technology is tunnel house for smallholder vegetable farmers. Numerous government projects have promoted tunnel technology-based protected cultivation in many hectares of land [14][15]. For instance, the government constructed 10 high-tech greenhouses and 86 semi high-tech greenhouses through Prime Minister Agriculture Modernization Project (PMAMP) in the last couple of years. Likewise, various national and international development organizations have implemented several projects where tunnel technology has remained as one of the essential components. Thus, there has been a substantial increase in the number of smallholder farmers adopting tunnel technology over the last decade [16][17]. As reported by [14], Kathmandu alone covered 250 hectares of land area under the tunnel farming system in 2015–2016.
Despite higher promotion and adoption, little is known about whether the technology has been beneficial for smallholder farmers. Few previous studies have attempted to examine the technology’s benefits through the cost–benefit ratio, and net return measures in Nepal [18], India [19][20], and Pakistan [21][22]. However, such measures do not give accurate estimates as they do not consider the structural differences of tunnel adopters and non-adopters. Several factors may influence the farmers’ adoption/non-adoption behavior, which leads to the self-selection bias and endogeneity problem. Likewise, there is no evidence of whether the technology has been efficient in tackling the climate change risk experienced by smallholder farmers. There is a lack of research that has comprehensibly examined the effect of tunnel technology combining social, economic, and environmental components.

Tunnel house is an infrastructure-based technology that facilitates crop production for an extended period [23]. Although the developed countries introduced tunnel technology a long time ago, it is comparatively new to Nepal. Kafle and Shrestha [24] reported it was first introduced in 1996 by the Regional Agriculture Research Station—Lumle. In contrast to the sophisticated tunnel technology in practice in developed countries, Nepalese farmers have adopted it in a simpler form [23]. The tunnel structure generally consists of bamboos or galvanized iron (GI) pipe framework, covered with transparent silpaulin plastic, usually 45 to 90 GSM. The plastic is overlaid only at the top of the gabled roof in the hilly region, but the tunnel structure is fully covered in the cooler region. The recommended dimension is 12 to 25 m length, 5 to 6 m width, and 2 to 4 m height based on the area’s elevation [25]. The walking path inside the tunnel is recommended at least 75 cm. However, the Nepalese farmers often resize the tunnel area based on their farm’s size and shape. Most tunnel growers use mulching plastic film and equip their tunnels with drip irrigation [23][25]. Moreover, they apply chemicals (fertilizer, insecticides, herbicides, and fungicides) in a controlled and optimum way to maximize soil fertility and produce high-quality vegetables. Our study considered the Ministry of Agriculture’s recommended [25] semi-closed tunnel consisting of bamboo pipe structure with a gabled roof of 80–90 GSM plastic and equipped with drip irrigation, as shown in Figure 1. The tunnel had a walking path of 75 cm. 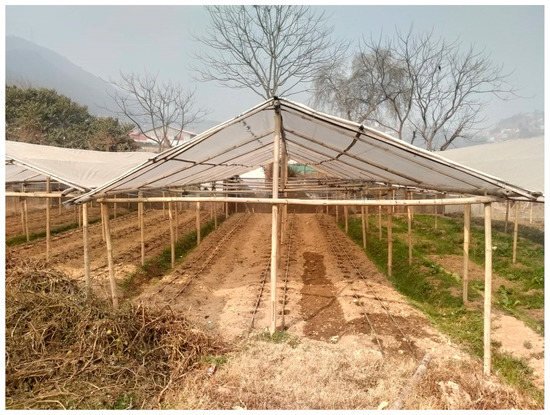 Figure 1. Tunnel technology-based farming system.
The ethnicity of the farmers significantly affects the adoption of tunnel technology. Farmers from Dalit and Indigenous ethnic groups are less likely to adopt tunnel technology. Dalit and indigenous groups are the so-called lower caste people who are usually poor and lack sufficient financial resources to adopt tunnel technology. In their recent studies in Nepal, [26][27] highlighted a similar concern that Dalit has comparatively minimum adoption percentage of improved crop practices and mini tiller technology than other ethnic groups. In terms of education, the years of schooling significantly affect tunnel technology adoption. It is interesting to note that all farmers adopting tunnel technology have attained at least a few years of formal education. It may be because of the educated people’s motivation and knowledge to adopt new technologies and practices. On the contrary, some non-adopters were uneducated (11%) and did not attend any school. This finding coincides with another research in Pakistan, where [28] found out that educated farmers were more likely to adopt new farm technologies.
Neighbours’ farming practices and distance to nearest agrovet, which were identified as instrumental variables during group discussion, also significantly influenced tunnel adoption. Nearly 68% of the total respondents were influenced by their neighbours’ farming practices. Most farmers replicate their neighbours’ farming techniques and practices to minimize the risk of loss by gaining insights into technical and financial requirements and knowing whether investing in the technology would be profitable. Studies conducted in Ethiopia [29] and India [30] have stated the importance of neighbours in the diffusion and adoption of technology. On the contrary, distance to the nearest agrovet has a significant negative association with technology adoption. The average distance from the tunnel farm to the nearest agrovet is 9.40 km, which is 6 km shorter than non-adopters. As agrovets are essential sources of agricultural information [31], farmers near agrovets are aware of the input markets and technologies and are more likely to adopt technology like tunnel houses. A similar result was reported by Paudel et al. [27] in Nepal as farmers adopted mini tillers when they were close to agrovets.
In general, larger farms generate a more marketable surplus and have their investment capacity to afford new technologies and take a higher risk than small-scale farms. They can benefit from the economies of scale by introducing appropriate technologies to lower the cost per unit production and increase production. A similar association between technology adoption and farm size was observed in Nepal and Ghana [32][33] and Ghana [33], as farmers with larger farm sizes were more likely to adopt new technologies.

Farmers of a relatively younger age with higher education level and larger farm size are more likely to adopt tunnel technology. They are more open to new ideas, take risks and possess better resources. Likewise, people from the so-called lower ethnic group, such as Dalit, are less likely to adopt tunnel technology because they are resource-constrained and lack sufficient financial resources. Notably, the adoption rate is higher if farmers are close to agrovets and tunnel is adopted in the neighbouring farms because it is easier for farmers to access information about the technology and associated benefits and drawbacks.
The treatment model result, which addresses the systematic differences between adopters and non-adopters, suggests that tunnel technology can increase tomato production by 32 tons/ha in a year. The tunnel protects the crop from climate change effects, prolongs production, and makes efficient use of resources. On the contrary, the annual net earnings of tunnel adopters from one hectare of land is just $2440 higher than non-adopters. The treatment model suggests that profit is even lower than $1700, which is not substantial compared to its adoption cost. Adopters must invest annually $12,000 more for tools, materials, labour and other resources, which is incredibly huge compared to the earnings. Thus, there might be colossal cost disadvantages for resource-constrained farmers, making it difficult to adopt the technology. It raises serious concern if tunnel technology is a suitable option for smallholder farmers.
Tunnel house technology, if properly designed and effectively implemented, can positively contribute to three Sustainable Development Goals, such as eliminating poverty (#1), zero hunger (#2), and climate action (#13), as it can increase productivity and profitability and tackle climate change effect. The government should consider reducing the associated installation cost to make it more affordable for smallholder farmers. This could be achieved by introducing effective subsidies, financial or institutional input support. Likewise, the government can impose relevant fiscal policies to control the price of materials and equipment needed in tunnel technology. Additionally, developmental organizations can contribute by providing services and training and supporting farmers in making efficient use of the technology.