Autism spectrum disorder (ASD) represents a heterogeneous neurodevelopmental disorder encompassing a complex range of lifelong abnormal social interactions, communication deficits, and repetitive and restricted behaviors [1]. International epidemiological studies report a generalized increase in the prevalence of ASD. A very recent review found 1% to be a conservative median worldwide figure for ASD prevalence [2]. Diagnosis and monitoring are based on clinical criteria and may incorporate standardized scales [1].

Behavioral interventions, directed both at the patient and the “significant others” (i.e., parents, teachers, caregivers), are considered the basic treatment option [3]. There is, therefore, a great need for alternative interventions [4][5]. Several studies have tried to show a possible relationship between dietary habits and autism, starting from the fact that gastrointestinal problems are the most frequent medical comorbidity of ASD [6]. To date, dietary interventions have been mainly based on an “elimination diet,” such as gluten-free and casein-free diets [7], but their level of evidence is limited [8].

Almost 100 years had passed since the first report of the effect of the classic ketogenic diet (CKD) on the emotional–behavioral aspects, when Peterman [9] described improvements in behavior and cognitive functions, concomitant with ketosis, in epileptic patients treated with this dietary regimen, which is a high-fat and low-carbohydrate diet. Since then, the CKD application has become a well-established nonpharmacological treatment [10]. In recent years, increased use of ketogenic dietary therapies (KDTs) has been observed in a wide range of neurological and neuropsychiatric diseases, including ASD [11].

The CKD is a high-fat, adequate-protein, low-carbohydrate diet. Classical protocols are based on a fat-to-carbohydrate ratio of 3 or 4:1 [12]. Adherence to the CKD might be difficult for patients and families. To increase tolerability and palatability, more liberal versions, such as the modified Atkins diet (MAD), the medium-chain triglyceride ketogenic diet (MCTKD), and low glycemic index therapy (LGIT) diet, have been proposed as potential alternatives [10].

Despite several hypotheses, it is still not completely clear how the KDTs and their metabolites may exert therapeutic antiepileptic and neuroprotective effects, thus translating into clinical improvements [13][14].

It is plausible to hypothesize that KDT’s impact on ASD core symptoms may be mediated by its anti-inflammatory effects and its action on mitochondrial function [15]. An alternative explanation involves modulating the microbiota through KDTs as a major factor in producing changes in a patient’s symptoms [16]. In murine models, KDTs resulted in attenuation of some autistic features, suggesting KDTs as a promising treatment option for ASD, despite the limited number of observations [17][18][19][20].

The present review aimed to identify and map available evidence about KDTs potential for pediatric patients with autism and inform clinical practice in the field.

Our scoping review aimed to provide a snapshot of the current state of application of KDTs in patients with ASD, considering application protocols and metabolic outcomes, on the one hand, and effects of KDTs on ASD core symptoms, on the other hand.

To date, only seven studies have been focused on the topic. From the methodological point of view, we observed substantial heterogeneity in the study design and duration and applied dietary protocols. Additionally, the assessment of the outcomes (both metabolic and emotional–behavioral) was highly varied, thus making it difficult to systematize the results obtained.

Only one study was designed as a randomized controlled trial, which compared the effect of two different interventions (MAD and GF/CF) versus normal diet [21].

Variability was substantial, even from the point of view of the proposed dietary protocols. MAD was the regimen of choice in two studies [22][21], whereas a combination of MAD and MCT was proposed by Lee et al. [23]. However, it must be recognized that, in studies involving ASD children, who may depict extreme food selectivity [24], it might be necessary to adapt the dietary regimen to increase palatability and tolerability.

Moreover, due to the concomitant application of associated eliminatory diet, i.e., GF, CF [25] the benefits cannot be solely attributed to KD, as it was not the only dietary intervention applied.

Given the heterogeneity of the KDTs protocols used, the only relevant parameter for understanding the role of KDTs could be the measurement of beta-hydroxybutyrate. Unfortunately, only a few studies reported considerations on ketonemia, and it appeared to be at least discrete [26][27][23].

Mu et al. identified better outcomes in patients with the greatest concentrations of hydroxybutyrate [23], thus indicating better achievement of ketosis. However, this correlation was not identified in other studies [27][21].

The percentage of children who tolerated and adhered to dietary treatment appeared quite satisfactory. However, it is worth noting that such a favorable retention rate is based on basically limited study duration and observation time; therefore, homogeneous studies of longer duration and more extensive case series are necessary to evaluate the effective adherence and tolerability of KDTs.

Side effects were those typically known for KDTs, overall limited in frequency and present in the first weeks after introducing the diet. In the same way, the monitoring of blood tests did not reveal any unexpected alterations.

Noticeable emotional and behavioral improvements, such as less hyperactive and aggressive behavior, reduced stereotypes, improved social and communication skills, and eye contact, were reported by caregivers’ reports in four out of seven studies [25][26][22][27].

In five out of seven studies [25][26][27][21][28], changes in the scoring of standardized tools were considered a measure of KDTs efficacy on autistic core symptoms. Different rating instruments, such as CARS, ATEC, or ADOS, were used in reviewed studies. In particular, in four out of seven studies, CARS was applied. The validity of CARS has been demonstrated in a variety of studies in children of all ages [29][30].

Translating our scoping review into clinical recommendations implies a reflection on which patients will benefit most from KDT implementation. Although patient stratification was proposed in a single study [28], it appears that the best responders were patients with mild or moderate autistic symptoms at baseline, while the improvement seemed to appear less relevant for patients with more severe autistic symptoms.

The lack of systematic studies aiming to investigate the effect of KDTs on autistic core symptoms might be due to the extreme caution in suggesting a dietary therapy in a population that could present significant feeding difficulties in terms of dietary intake and eating behaviors (i.e., selective intake, food refusal, food aversion, and atypical eating) [8][24][31], leading to poor tolerance in routine dietary changes. For these reasons, implementing KDTs, similar to any other dietary therapy requiring strict adherence, might be extremely difficult to manage for families, thus increasing parental and familial stress.

3. Proposal for a Shared Protocol

To date, no shared protocols are guiding the implementation of KDTs in ASD. Dietary recommendations are based on a single center’s advice and expertise. For this reason, we believe there is a strong need for more standardized protocols for the management of KDTs in the specific subset of patients with ASD, both at the research level and at the level of daily clinical practice (Figure 1). 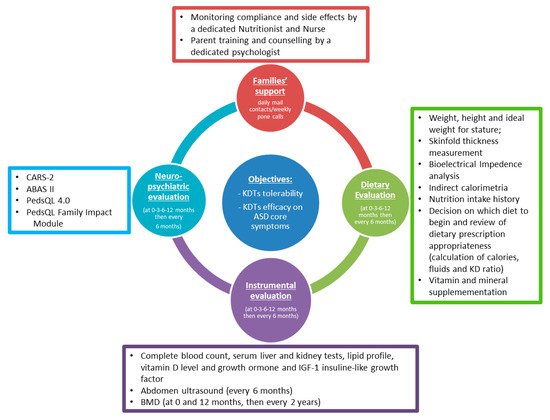 Figure 1. Proposal for a shared KDT protocol in ASD.

When proposing a shared protocol, some points should be addressed. Before prescribing such dietary modifications, it is crucial for families to understand clearly the implications of this choice to carry out such a nutritional plan scrupulously and intelligently. In this context, a multidisciplinary approach that includes the cooperation of pediatric neurologists, nutritionists, dietitians, pediatricians and patients’ associations is of great value for providing adequate awareness and social support to families [10]. Based on our experience, careful monitoring of dietary and clinical parameters is essential to support compliance, investigate possible side effects and promptly deal with them [32].

Another point to be determined is identifying which diet will be the most acceptable to children and the easier to be carried out at home, simultaneously achieving satisfactory ketosis levels. Although it is not clear at the moment what the optimal level of ketosis is in these patients, it is conceivable that the ketonemia control may be, at least partly, less stringent than in patients with GLUT1 deficiency syndrome or drug-resistant epilepsy [33], in whom the relationship between the level of ketonemia and control of paroxysmal symptoms is known. However, large-scale studies are needed to clarify this point. We believe a possible strategy for implementing the dietary treatment could be to start with a CKD, with possible changes toward more liberal versions in the event of side effects, poor palatability, and acceptance difficulties.

Based on recommendations on optimal management of KDTs, for an evaluation of KDT tolerability and above all of efficacy, we suggest it should be continued for at least 6 months.

From a nutritional point of view, pre-diet evaluation and counseling, as well as dietary supplementation and monitoring evaluations, should be planned according to the recommendations of the International Ketogenic Diet Study Group [10]. According to the clinical practice currently in use at our center, we suggest laboratory assessment (fully detailed in Table 1) should be performed at baseline and after one, three, and six months from KDT implementation. In patients who prolong KDTs beyond the sixth month period, laboratory assessments should be performed at least twice a year thereafter.

Table 1. Laboratory assessment currently in use in our center for patients under KDTs.
* Home monitoring should be performed twice a day during the KDTs induction phase; subsequent monitoring will be provided during follow-up at referral center. ** Dyslipidemia might be a common adverse effect; however, it mitigates in a short time by KDT adjustments and providing nutritional integration. *** Transient hyperuricemia might be an early transient adverse effect. **** Growth retardation may occur in a minority of children treated with KDTs.

We suggest that autism core symptoms evaluation should be performed through standardized instruments and caregivers’ self-report questionnaires.

CARS-2 is a widely employed and validated tool for assessing ASD symptom burden [29][30]. Based on our review, we believe CARS-2 could be an effective quick, and nimble instrument to monitor changes in AD core symptoms over time. We suggest it could be administered, by an independent, trained rater, before KDT administration and every three months thereafter.

Moreover, Vineland adaptive behavior scale II (VABS II) [30] and parent-rated adaptive behavior assessment system II (ABAS II) questionnaire [30][34] could be feasible, reliable, and accurate measures to quantify meaningful changes in response to treatment [29] and should be administered, in our opinion, by an independent, trained rater, before KD administration, after the review of the treatment at 6 months and then once a year.