Hyperloop is a proposed very high-speed ground transportation system for both passenger and freight that has the potential to be revolutionary, and which has attracted much attention in the last few years. The concept was introduced in its modern form relatively recently, yet substantial progress has been made in the past years, with research and development taking place globally, from several Hyperloop companies and academics.

Hyperloop is one of those very promising and possibly disruptive future transportation technologies. Its development has received extensive media coverage over the last years following the Hyperloop Alpha white paper by Elon Musk published in 2013 [[1]]. Hyperloop consists of a system of tubes where vehicles (pods) travel at high speed (the original concept claims a top speed of 1220 km/h) in a low-pressure environment. Other than speed, Hyperloop’s main advantage is that the partial vacuum lowers the air resistance (drag), thus, consuming less energy during acceleration and cruise [2]. An initial feasibility study published already in 2016 identifies research topics related to Hyperloop technologies [3].
After the white paper and the initial hype, several companies in the US brought together engineers and venture capital money to perform research and development and make Hyperloop a reality [4]. Later on, the same companies expanded to Europe, and other Europe-based companies engaged in similar activities [5], including the planning and development of Hyperloop test sites.
Furthermore, recent developments regarding the need for standardization in Europe and the US highlight the interest in the regulation of Hyperloop. In Europe, the “Sustainable and Smart Mobility Strategy” was presented in December 2020 by the European Commission and the accompanying action plan of initiatives will guide its work for the next four years. Among the objectives of this plan is to “assess the need for regulatory actions to ensure safety and security of new technologies and concepts such as Hyperloop” [6]. Before that, a new Joint Technical Committee (TC), CEN/CLC/JTC 20, was launched by the European Committee for Standardization (CEN) and the European Committee for Electrotechnical Standardization (CENELEC) to address the need for the standardization of Hyperloop systems [7]. A year before, in 2019, the U.S. Department of Transportation (DOT) created the Non-Traditional and Emerging Transportation Technology (NETT) Council, an internal body with the objective of identifying and resolving gaps, either legal or regulatory, that may obstruct the deployment of Hyperloop, among other new technologies [8]. In January 2021, the NETT Council presented the “Hyperloop Standards Desk Review” with the scope of assessing the status of Hyperloop standardization activities, developing a foundation for future Hyperloop standardization efforts, and consequently, paving the way towards the development of a preliminary framework of Hyperloop system components and associated regulations and voluntary technical standards [9].
The dynamics of the technology and the progress made toward future Hyperloop deployment in Europe is highlighted by a recent mapping of activities in the industry and European institutions [10]. Nevertheless, to test the safety, efficiency and reliability of Hyperloop in the field, beyond research and development (R&D), a long enough, full-scale prototype track is necessary.
Beyond the US and Europe, in China and Korea, as patent activity shows, there is substantial R&D from CRRC Yangtze Co., the Korea Railroad Research Institute (KRRI) and the Korea Institute of Construction Technology (KICT) [10][11].
Considering the above, this study examines the status of Hyperloop scientific developments, identifying issues and challenges. Accordingly, the literature is organized in relevant clusters and for each cluster combination, the issues are identified as lower-level items in the taxonomy.
The findings could be of help to transportation academics and professionals who are interested in developments in the field, and form the basis for policy decisions for the future implementation of Hyperloop.

The five physical clusters are:

On top of that, thirty discussion papers were identified, and ten papers that focus on the development of Hyperloop networks. In addition, five horizontal (operational) clusters (energy, operations, communications, aerodynamics, safety) were considered.

The relationship between vertical and decomposition clusters in the documents is shown in the chord diagram of Figure 2. The 30 documents on Hyperloop discussions and the 10 documents on Hyperloop network developments are excluded from the diagram. The left part of the figure reports the utility clusters and, on the right, the physical clusters. Visualizations of this kind highlight the most popular research topics and the relationship between them, and help to identify research insufficiencies. 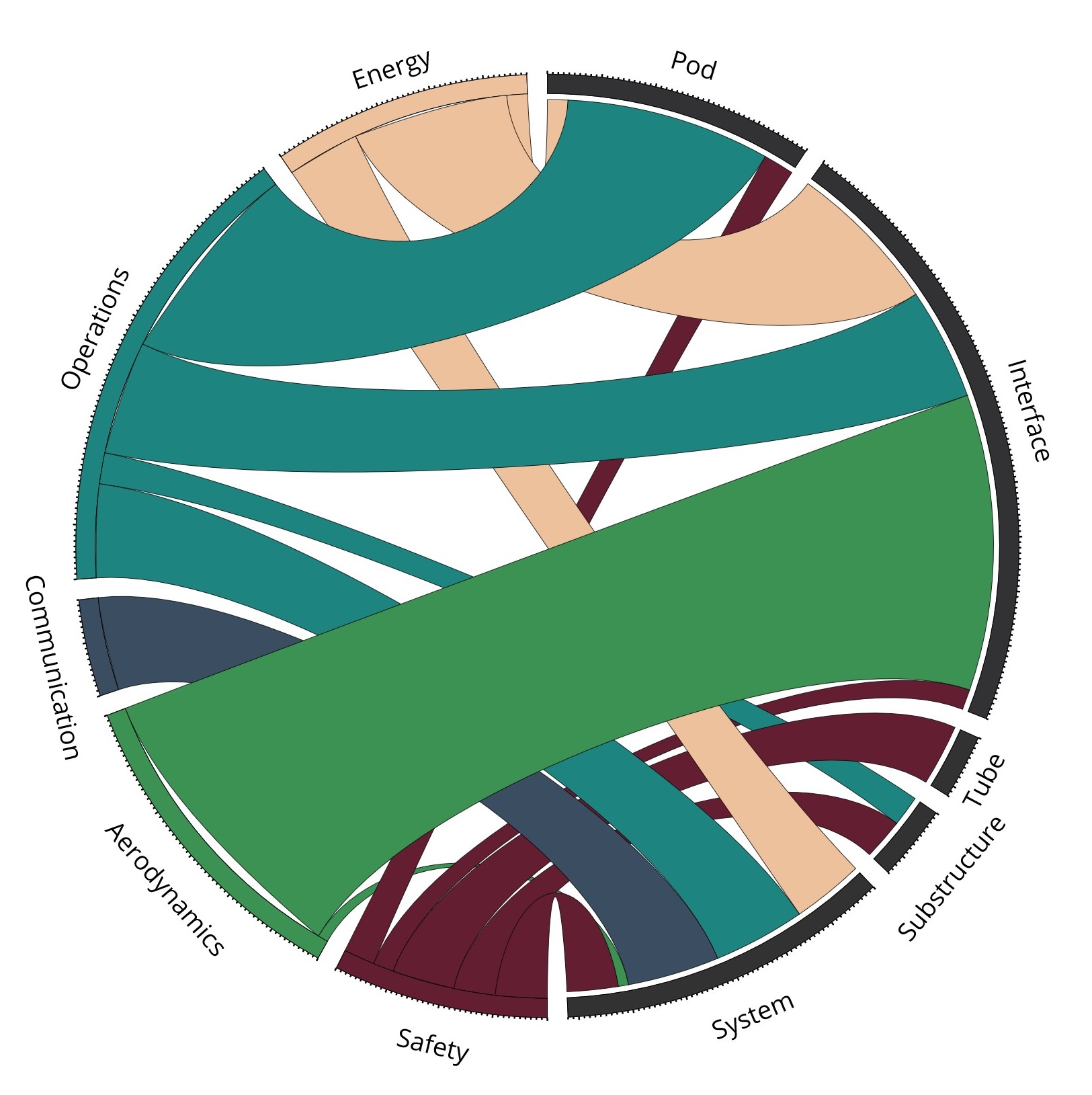 Figure 2. Hyperloop academic research clusters relation overview.
As can be seen, and with regard to the physical decomposition, the majority of research focuses on the pod-tube interface and aerodynamics (29 documents) and the pod and operations (21 documents). Communication technologies were researched in nine documents at a system level. The 21 documents focusing explicitly on safety issues, cover all horizontal areas.

The next step was to build a preliminary taxonomy of research topics. Table 1 aggregates the findings from the 161 documents. For the utility clusters, an overview of the emerging issues is reported, while for the physical and generic clusters, the research issues are reported in detail. It should be noted that the obtained taxonomy is not unique, and further readings could identify additional elements.
A variety of researched topics emerges from Table 1.
Table 1. A taxonomy of overarching research clusters and research issues on Hyperloop arising from the scientific literature analysis.
The Hyperloop as a system cluster (A) includes a lot of research on different operational aspects, in particular communications. In fact, this aspect appears to be challenging at very high speeds in tunnel structures. Some other aspects related to the geometric design and the linear infrastructure development are also covered in this cluster in an analytical manner.
The Hyperloop substructure cluster (B) includes a great deal of research from the fields of structural and bridge engineering. The major difference is the dynamic loads imposed by the Hyperloop pods, which influence the design of substructure and need to be accounted for.
Some research deficiencies were identified. This is the case for research focusing on the Hyperloop tube cluster (C), and consequently, on infrastructure. Considering that infrastructure costs are high (especially for a new system) the lack of research in this area (e.g., materials, tube thickness) is visible.
At the same time, Hyperloop tube-pod interface cluster (D) research focuses on a variety of issues linked in particular to aerodynamic performance under low pressure.
Research focusing on the Hyperloop pod cluster (E) covers many aspects that are linked to the powertrain, suspension, magnetic levitation and guidance. A number of similarities with high-speed rail and (especially) magnetic levitation (Maglev) trains are apparent, something that may lead to research spillovers from the two transport modes.
Finally, the rather high number of discussion papers and those related to Hyperloop networks highlight the overall interest in Hyperloop as a transport mode.

These findings could play an important role in providing input to ongoing Hyperloop standardization processes by looking into the different approaches for solving specific issues. The findings also complement proprietary technologies developed by Hyperloop promoters, since in many cases, academic research on the same topics is independent. . This is more evident in specific clusters (e.g., substructure and tube) where structural engineering approaches are implemented, relying on the long-standing expertise of researchers in the specific field.

Another possible use that emerges is the opportunity to compare the taxonomy with research issues in legacy systems, e.g., high speed rail. In this way, it is possible to quickly check (a) similarities in the research in the two systems, and consequently, possible research spillovers, and (b) research issues not yet explored. The results from such an exercise could provide valuable input to standardization and certification bodies.

The findings could ignite policy initiatives focusing on future decisions regarding the Hyperloop. For this process to succeed, the continuous identification and assessment of issues will be necessary, including challenges beyond technology (e.g., social aspects, project financing), which will help to make the demonstration and deployment of Hyperloop possible. Outside policymaking, this paper helps academics and professionals who are interested in the development of Hyperloop technologies by providing digested information on scientific developments in this area.