Breast cancer (BC) is the most frequent cancer among women and represents the second leading cause of cancer-specific death. A subset of patients with metastatic breast cancer (MBC) presents limited disease, termed ‘oligometastatic’ breast cancer (OMBC). The oligometastatic disease can be managed with different treatment strategies to achieve long-term remission and eventually cure. Several approaches are possible to cure the oligometastatic disease: locoregional treatments of the primary tumor and of all the metastatic sites, such as surgery and radiotherapy; systemic treatment, including target-therapy or immunotherapy, according to the biological status of the primary tumor and/or of the metastases; or the combination of these approaches. Encouraging results involve local ablative options, but these trials are limited by being retrospective and affected by selection bias. Systemic therapy, e.g., the use of CDK4/6 inhibitors for hormone receptor-positive (HR+)/HER-2 negative BC, leads to an increase of progression-free survival (PFS) and overall survival (OS) in all the subgroups, with favorable toxicity. Regardless of the lack of substantial data, this subset of patients could be treated with curative intent; the appropriate candidates could be mostly young women, for whom a multidisciplinary aggressive approach appears suitable.

Breast cancer is the most frequent cancer among women and represents the second leading cause of cancer-specific death [1]. Metastatic breast cancer (MBC) includes about 6% of cases of de novo disease, and about 20–30% of early-stage cancers recurred at distant sites [2]. The behavior of stage IV breast cancer may differ, depending on the biology of the tumor, the likelihood of spreading to certain sites (e.g., bone in hormone receptor-positive disease), and the disease burden. A subset of patients with MBC presents limited disease, termed ‘oligometastatic’ breast cancer (OMBC) [3].
The concept of oligometastases represents a condition midway between locoregionally confined cancer and disseminated disease, in which tumor burden is low and the number of affected organs is limited, typically with 1 to 5 secundarisms [4][5][6][7][8].
Even though the incidence of OMBC is not clearly defined (1–10%), it seems that a considerable amount of all new MBC presents as oligometastatic. A tri-institutional retrospective analysis of 2249 patients with stage I–III disease who had first treatment failure showed that 21.9% were characterized by oligometastatic disease [9]. This boundary between oligo- and polymetastatic disease is increasingly recognized because of treatment and survival implications [3].
Given the likelihood of limited spread, it is possible to achieve longer survival, and, in 2–3% of cases, cure, with aggressive metastasis-directed therapy [5][8].
Moreover, OMBC is characterized by its chronicity and evolvement: primary cancer may present synchronous limited metastases, or the primitive tumor over time can develop a few metachronous metastases. We define oligorecurrence as the development of metachronous oligometastases with a controlled primary site [10], whereas oligoprogression represents a condition where a limited number of metastases progress, while all other sites of the disease remain stable, commonly during systemic treatment [11][12]. This distinction is representative of different scenarios and related prognosis, and it has a clinical implication in terms of survival [4].
For example, the patients with oligometastatic disease included in the previously cited study present a significantly longer overall survival (OS) as compared to polymetastatic patients with a follow-up of more than three years.
Prior reviews on oligometastatic disease investigated the effect of local techniques, namely surgical and radiotherapy. Recently, new techniques directed to disease biology provide information about next-generation treatment strategies, leading to a deeper biological understanding of OMBC and related treatment options.

The oligometastatic disease can be managed with different treatment strategies to achieve long-term remission and eventually cure. In Figure 1 a flow chart of treatment options is presented. 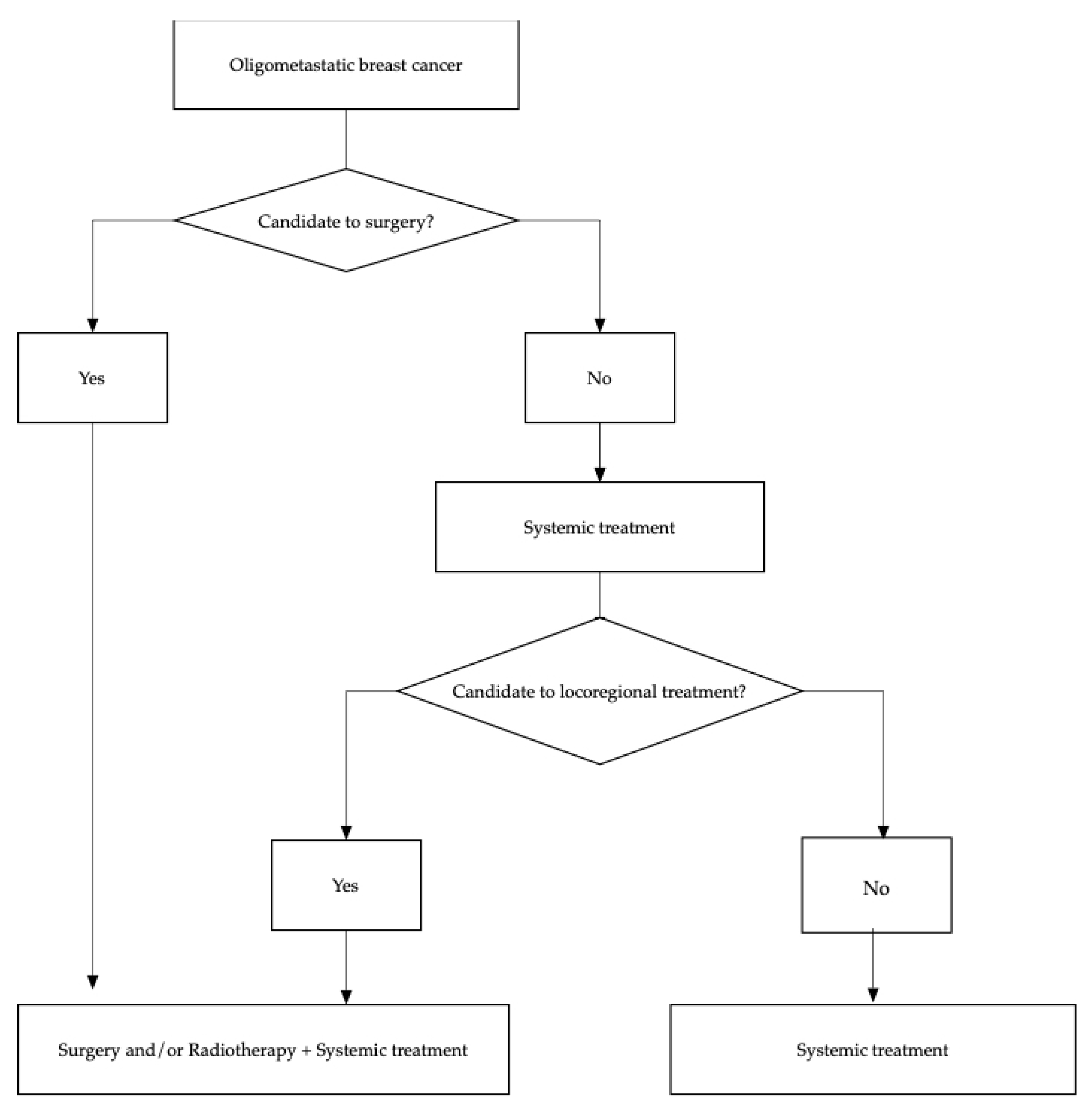 Figure 1. Diagram flow of therapeutic options in oligometastatic breast cancer.
Several approaches are possible to cure the metastatic disease: locoregional treatment of the primary tumor and the metastases; systemic treatment, including target-therapy or immunotherapy, according to the biological status of the primary tumor and/or of the metastases; or the combination of these approaches [13].
Locoregional options both of the primitive tumor and of the metastases lead to long-lasting remissions reported in several case series; however, unlike other tumor entities, prospective data are lacking [13].

In oligometastatic cancer, several trials involve surgery [14] (Table 1). The role of surgery in metastatic disease is unknown in terms of prognosis. Retrospective analyses demonstrate that patients who underwent surgery on the primitive tumor show a better prognosis compared to those who received only systemic therapy [15][16].
Table 1. Randomized trials that evaluate the efficacy of surgery in MBC.

Patients with oligometastatic disease or with oligorecurrence in a single area could be treated with local therapy such as stereotactic body radiotherapy (SBRT), even associated with chemotherapy. Possible target lesions include brain, lung, liver, and lymph nodes.
Oligorecurrent metastases in the brain, lung, and liver can be definitively treated with SBRT. Instead, there are some controversies regarding lymph node oligometastases, thus further phase III trials are needed [17].
The use of stereotactic ablative radiotherapy (SABR) produces favorable outcomes, since it presents high accuracy to the target lesion, very conformal dose distributions, and delivers a highly ablative dose over a treatment duration of 1–5 treatments maximum.
Several works strengthen the use of SABR in OM disease, mostly randomized controlled trials (RCTs) [4].
Patients with a limited number of brain metastases and controlled extracranial disease may benefit from locoregional treatment combined with systemic therapy, which crosses the blood–brain barrier. Currently, stereotactic radiosurgery (SRS) is the recommended option for resected cavity and non-resected brain metastases [18] and achieves longer overall survival (OS) compared to whole-brain palliative irradiation [19][20].
Concerning lung OM disease, stereotactic techniques demonstrate a 2-year local control rate of 77.9% and a 2-year OS of 53.7%, according to a systematic review [21].

Systemic treatment remains a milestone in the management of metastatic breast cancer.
Considering hormone receptor (HR) positive, HER2-negative metastatic breast cancers, certainly CDK4/6 inhibitors in combination with endocrine therapy have changed the paradigm of the treatment [22].
Concerns about the difference among the three CDK4/6 inhibitors involve the significant OS improvement, demonstrated from MONALEESA-3, MONALEESA-7, and MONARCH-2 trials, but not reported in PALOMA-1, PALOMA-3, and MONALEESA-2 trials [23][24][25][26][27][28].
As a result, a meta-analysis of all these randomized controlled trials evaluated the OS improvement among Palbociclib, Ribociclib and Abemaciclib, and focused on the efficacy of these compounds in some relevant subgroups of patients.
Of 5862 patients from MONALEESA-2, MONALEESA-3, and MONALEESA-7 trials, 2429 presented visceral (lung or liver) disease, 929 had bone-only disease, and 2504 had visceral and bone disease. Of 2845 patients, grouped by the number of metastases, 782 had only one metastatic site, 635 two, and 1428 three or more. The pooled results of the meta-analysis showed no heterogeneity for all these subgroups, with a statistically significant improvement in PFS with a similar hazard ratio [29].
Therefore, this meta-analysis demonstrates that CDK4/6 inhibitors plus endocrine therapy are beneficial in terms of PFS, regardless of the presence of visceral metastases, the number of metastatic sites, and the length of the treatment-free interval. Consequently, the pooled estimate for the overall population is also feasible for OMBC patients [29].

2.4. Combination of Radiotherapy and Systemic Treatment

Although CDK4/6 inhibitors are largely involved in the treatment of MBC, preliminary findings suggest a possible synergic effect of these compounds when combined with radiotherapy, especially in OM disease [30].
CDK4/6 inhibitors can act as a DNA double-strand break repair inhibitor, thus amplifying the anticancer effect of RT [31].
Therefore, the simultaneous administration of a radio-sensitizing drug could significantly improve symptoms and disease control. Despite the potential benefit of this combination, there is little literature on this topic, and clinicians could be frightened, since the radio-sensitizing effect may also increase the toxicity, involving healthy tissues as well [32][33]. The consequence might lead to, on one hand, improperly interrupting the systemic treatment or the radiotherapy.
Table 2 shows the preliminary results from small patient samples with the combination of CDK4/6 inhibitors with RT.
Table 2. Trials that evaluate the efficacy of concomitant RT and CDK4/6-i in MBC.

Even though metastatic breast cancer is considered incurable, OMBC presents a better prognosis [34].
Regardless of the lack of substantial data, this subset of patients could be treated with curative intent, mostly young women for whom a multidisciplinary aggressive approach appears suitable [3][34].
For these patients with a favorable nature for their disease, a multidisciplinary aggressive approach might improve survival [34].
Specifically, a combination of local and systemic treatment can achieve such long-term effects [13].
Local ablative options (radiotherapy/surgery) play a key role in this setting, as can be assumed from retrospective trials, but these encouraging results need confirmation by prospective randomized studies [34].
Moreover, preliminary data suggest an increase of disease-free survival after surgery on distant metastases; however, the selection of the appropriate candidates concerns the biology of the disease, and unfortunately, valuable comparative data are still missing. For this reason, surgery on breast cancer metastases remains an experimental approach.
Systemic therapy, e.g., the use of CDK4/6 inhibitors for HR+/HER2 negative BC, leads to an increase of PFS and OS in all the subgroups, with favorable toxicity.
Therefore, combined strategies increase the probability of producing results such as tumor-size reduction, long-lasting responses, and, eventually, cure [35].
All of these treatment strategies present a higher rate of success when the metastatic disease is detected early, so it is crucial to involve modern imaging equipment and liquid biopsies to model a personalized and multidisciplinary treatment [13].