Currently, the global agricultural system is focused on a limited number of crop species, thereby presenting a threat to food security and supply, especially with predicted global climate change conditions. The importance of ‘underutilized’ crop species in meeting the world’s demand for food has been duly recognized by research communities, governments and policy makers worldwide. The development of underutilized crops, with their vast genetic resources and beneficial traits, may be a useful step towards solving food security challenges by offering a multifaceted agricultural system that includes additional important food resources. Bambara groundnut is among the beneficial underutilized crop species that may have a positive impact on global food security through organized and well-coordinated multidimensional breeding programs. The excessive degrees of allelic difference in Bambara groundnut germplasm could be exploited in breeding activities to develop new varieties. It is important to match recognized breeding objectives with documented diversity in order to significantly improve breeding.

There is increasing concern over the state of food and nutritional security in the world due to the over-reliance on major crop species as the main source of food and nutrition [1]. The global population is projected to reach about 9.7 billion by 2050 and the harvested yield from the major food crops may be insufficient to meet the food demand of the projected population [2][3]. Similarly, the threat of global climate degradation on food security has become evident, for example, in fluctuating temperatures, prolonged droughts, soil degradation, salinity and flooding, as well as an increase in disease and pest conditions that considerably disrupt the growth and performance of the major crop species. Therefore, it is imperative to explore the available plant genetic diversity resources to boost food production and supply as a means of reducing the overreliance on major food crops and to promote global food security [4][5]. A more diversified system of agriculture that can provide a solution to the aforementioned problems could be achieved through the incorporation and utilization of underutilized crop species as the chief source of nutrition. This will prove beneficial in achieving global food security [6].
The term ‘Underutilized’ can be used to describe the abandonment of a species by indigenous and international research communities. Underutilized species are generally categorized as crops with little relevance on the global level. These crops, however, play a significant role in terms of climate change and food security, while improving the living standards of low-income families and consumers in developing nations [7][8]. Underutilized crop species, with essential nutrients, can fit into several niches in food production systems and can better adapt to low-input systems in resource-poor regions of the world [9][10]. Presently, these species are either harvested in the wild for cultivation as future or domesticated crops; however, the underutilized crops are mostly cultivated and valued at subsistence or regional levels. In all cases, there is a dearth of research on the production of these underutilized crop species. Despite their neglect, underutilized crops have gained considerable attention from the media in recent times [11], due to their prospects in addressing several UN Sustainable Development [12], and in poor nations of Africa [13] and the Latin America [14]. Additionally, the increasing interest on healthy food alternatives by Western consumers have aided the recent popularity of underutilized crop species [15]. While limited scientific research has been conducted on underutilized crop species, a small number of these species have been adequately researched, mainly due to the commitment of institutions and researchers in the developing world, as well as technical and financial aid from the developed world [16]. Considering their numerous dietary values and tolerance to harsh environmental conditions, some of these underutilized crop species, such as Bambara groundnut, are regarded as crops for the future. Additionally, these crops are highly fortified, with essential nutrients that are excellent in promoting health, and have the ability to combat malnutrition and other related diseases. However, these important species usually fall short of essential, commercial valued crops, such as high yielding varieties that may attract growers with extensive resources and inputs required to achieve the improved yield performance of the crops [17][18]. Incorporating these underutilized crop species, specifically Bambara groundnut, in diversifying the food chain can have a positive impact by serving as a general tool for improving human nutrition. Bambara groundnut is highly nutritious, making it relevant in the nutritional formulation of people that cannot afford expensive protein sources, especially animal-based protein [19]. The seed of Bambara groundnut contains 61–69% carbohydrate, protein 17–27%, fiber 3.3–6.4%, ash 3.1–4.4%, and fat 3.6–7.4%, thus making it a valuable dietary source [20][21]. It also contains 95.5–99.0 mg Ca, 5.1–9.0 mg K, and 2.9–10.6 mg Na per 100 g, with a substantial amount of Zinc (20.98 ± 1.07 mg/100g), which may have a significant impact on preventing prostate cancer in men [22]. The freshly harvested pods, as well as the dry seeds, are processed and consumed in different forms (Figure 1). Freshly harvested pods are boiled or grilled and consumed as snacks [23]. The seeds have a higher content (80%) of high-quality amino acids, such as arginine, leucine, valine, methionine, and lysine, as compared to cowpea, soybeans and groundnut (64%, 74% and 65%, respectively), and may potentially complement the deficient essential amino acid content of foods [22]. 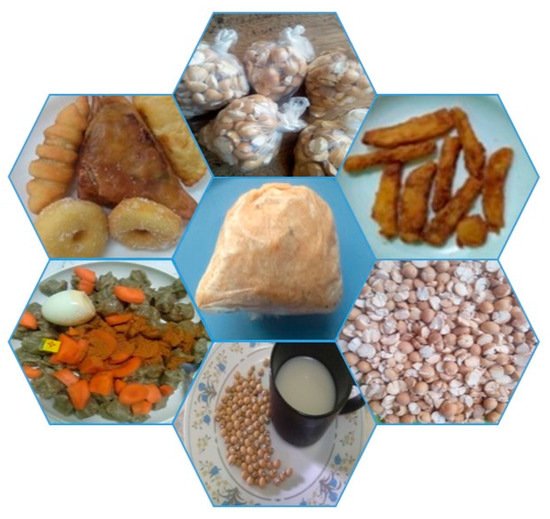 Figure 1. Some examples of processed food products made from Bambara groundnut.
Bambara groundnut (Vigna subterranea (L.) Verdc.) is one of the essential but forgotten and underutilized annual leguminous crops belonging to the Fabaceae family, which is indigenous to the tropical African region. This crop is commonly cultivated in Central and West African regions, mainly for its nutritional benefits and high tolerance to drought stress, unlike other essential legumes [24]. Generally, the plant looks similar to peanuts, with compound trifoliate. The pods contain one-to-two seeds that are born underground just like peanuts. Being a legume, it provides a benefit to other crops due to its ability to fix atmospheric nitrogen to the soil. It is also resistant to pests and diseases and can grow on poorly drained soils where many other crops cannot thrive [25]. It is widely accepted that Africa is the geographical origin of Bambara groundnut [26][27][28]. Despite the agreement on Africa as the geographical origin of Bambara, the precise area of its domestication has been widely speculated [29]. The most abundant genetic resources exist between the corridor of Nigeria and Cameroon, which is believed to be its origin of dispersal [30]. Goli [31] reported the distribution of wild Bambara types from Jos Plateau and Yola Adamawa in Nigeria to Garoua in Cameroon. It was thought that Bambara groundnut was first introduced to East Africa and Madagascar and then subsequently to South and South-East Asia during the slave trade era. In a study by Takahashi et al. [2], it was stated that landraces of the Thai’s Bambara were from both West Africa (Nigeria) and East Africa, thus implying that this crop may have been introduced to Thailand on several occasions. Beyond its cultural importance, one of the major reasons why Bambara groundnut is still cultivated by local farmers is due to its characteristic high yield under drought conditions [32]. However, this crop remains cultivated as landraces comprising selected inbred lines based on agro-ecology. Hence, this review provides an overview of the impact and constraints to Bambara groundnut production, and the major achievements recorded to date in Bambara groundnut research with regards to its agronomy, breeding, and improvement. Through retrospective assessments, this review ultimately intended to present the highlights of the improvement prospects of this crop for future directions.

The assessment of available genetic diversity is fundamental in the improvement of Bambara groundnut, which is mostly restricted to small scale traditional farming systems in which they have been commonly cultivated from the existing landraces [33]. Landraces are more phenotypically and genotypically diverse compared to pure lines and are excellent sources of genetic variation for breeding [34]. Cultivated landraces were developed from the wild progenitor (Vigna subterranea var. spontanea) [35]. Bambara groundnut is grown from landraces in all the major growing regions, particularly in sub-Saharan Africa, and its yield can be unstable and unpredictable across different geographical regions. While being adapted to their current environment, landraces may not contain the optimal combination of traits [36].
Globally, up to 6145 Bambara groundnut landraces/accessions are conserved ex-situ and these collections are kept in trust by international or regional gene banks, which are comprised of several countries (Table 1). Genetic variability, which could be beneficial for the improvement of the genetic performance of any crop species [37], is largely preserved in the form of landraces [37]. A significant quantity of genetic diversity has been maintained in the landraces of Bambara groundnut under low input systems of farming [35]. Traditional farmers of Bambara groundnut depend on the prevailing diversity among the cultivated landraces and this has enhanced the maintenance of on-farm genetic diversity in its conservation [38]. Ex-situ conservation of Bambara groundnut landraces is necessary for the crop’s future genetic improvement programs. However, landraces are problematic when it comes to understanding the genetic background of traits of interest for crop improvement because they are a mixture of numerous genotypes (Figure 2), which may bring about confusion between genotypic and environmental effects [39]. These genetic resources are the basis for present and future food security [40]. Genetic diversity within lines and populations is central to breeding and germplasm conservation programs [41]. As such, it is pertinent to know the genetic diversity among breeding materials to avoid the risks related to increased uniformity in elite germplasm, and to ensure long-term selection gain as a cross between the limited number of elite lines that put them at risk of losing their genetic diversity [42]. 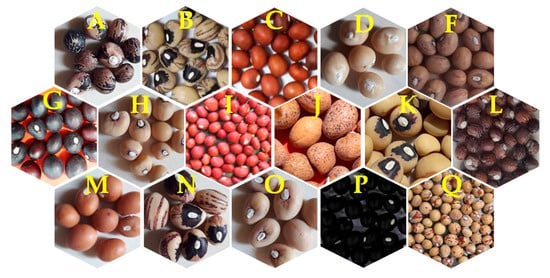