Resveratrol (RSV) is a polyphenolic stillbenoid with significant anti-oxidative and anti-inflammatory properties recently tested in animal models of several neurological diseases. Altered immune alteration and oxidative stress have also been found in patients with autism spectrum disorders (ASD), and these alterations could add to the pathophysiology associated with ASD.

Autism spectrum disorder (ASD) has been defined as a set of developmental disabilities characterized by social impairments, communication difficulties and restricted and stereotyped patterns of behavior [1]. The prevalence of autism is estimated at around 1 in 68 children, with boys 4.5-fold more affected than girls in the United States [2]. Since the first description of clinical features of autism during the 1940’s [3], the molecular basis and the etiology have not been clear to the scientific community. Different research claims that there are a multitude of alterations associated with autism, but 25% of all cases of autism are related to these genes [4]. There are several causes that have been associated to the pathophysiology of ASD (Figure 1), among them the strongest evidence has been proven for immune dysregulation/inflammation and oxidative stress, followed by toxicant exposures and mitochondrial dysfunction measured in circulating blood leukocytes [5]. James et al. [6] found differences in the antioxidant capacity and in the concentration of several metabolites related with oxidative stress in 80 subjects with autism compared with healthy children. 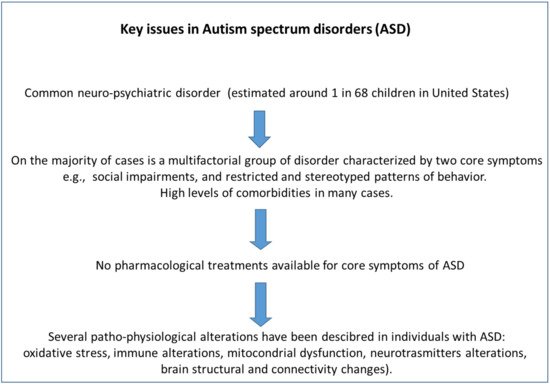 Figure 1. General scheme that summarizes the issues of autism spectrum disorder (ASD).
Post-mortem brains from autistic subjects have shown altered levels of the transcriptome, some of them related to the inflammation and cytokine production [7]. The inflammation status of the brain is also reflected by an increase in pro-inflammatory cytokines in plasma [8] and the decrease of regulatory T cells [9] of ASD subjects. The impact of the regulatory cells (T-reg) in ASD is consonant with the investigation on the alteration of transcription factors expressed by T-reg cells in ASD spectrum. ASD is conditioned by a wide range of spectrum of behavior effect and despite that the exact molecular effects regarding the pathophysiology have not been identified with precision, oxidative stress and inflammation seem to play a role. For these reason, the natural compound resveratrol (RSV) due to its antioxidant and anti-inflammatory effects in several animal models of diseases has been proposed as a future treatment in ASD [10][11]. To date, the treatment of ASD is mainly based on behavioral therapy and there is not any pharmacological treatment for the core symptoms of ASD. In contrast, there are pharmacological treatments for the psychiatric comorbidities that frequently associate with ASD such as aggressive behaviors, epilepsy, sleep disorders and attention deficit hyperactivity disorder (among the most common comorbidities in ASD) (Table 1).
Table 1. Pharmacological treatment for psychiatric comorbidities in autism spectrum disorder (ASD) patients.
RSV (3,5,4-trihydroxy-trans-stillbene) is a polyphenolic stillbenoid which acts as a photoalexin and is produced naturally by several plants in response to attack by pathogens like bacteria and fungi [12]. It is commonly found in different fruits like berries and grapes, with direct and indirect antioxidant activity due to its interaction with other signal transduction pathways. In the last three decades, RSV has been extensively studied due to its antioxidant and anti-inflammatory properties [13]. The effects of this molecule have also been recently studied in several neurological diseases [14][15][16] because this molecule crosses the blood–brain barrier [17].

2. Molecular Effects of RSV in Animal Models of ASD

The molecular mechanisms by which RSV prevented or reduced autistic-like behaviors in animal models are diverse and involve antioxidant effects, modulation of synthesis of anti-inflammatory molecules and new mechanisms relevant for ASD, such as those altering neuronal circuits and sensory-processing (Table 2). Regarding the antioxidant effects of RSV in an ASD model have been demonstrated in the PPA model [18]. PPA-treated rats displayed reduced brain glutathione content and enzymatic activities of superoxide dismutase and catalase Regular treatment with resveratrol (5, 10 and 15 mg/kg) produced a significant increase in the glutathione, superoxide dismutase and catalase levels in the brains of PPA-administered rats. Moreover, the daily administration of 15 mg/kg resveratrol produced a positive impact in increasing the reduced glutathione and catalase levels in comparison to 5 mg/kg and 10 mg/kg doses.
Table 2. Molecular effects of RSV in animal models of ASD.
The CCR chemokine receptors are expressed on cells important to allergic inflammation including eosinophils, basophils, lymphocytes, macrophages, and dendritic cells, whereas the CXCR are expressed mainly on neutrophils and lymphocytes. FOXP3 (forkhead box P3), also known as scurfin, is a protein involved in immune system responses. A member of the FOX protein family, FOXP3 appears to function as a master regulator of the regulatory pathway in the development and function of regulatory T cells. CCR, CXCR: chemokine receptors (or beta chemokine receptors); GATA, STAT-3: transcription factors; COX: Cyclooxygenase; iNOS: Inducible nitric oxide synthase; PPA: propionic acid; GABA: Gamma-amino butyric acid; TLR: Toll-like receptors.
Regarding the immune-modulation and anti-inflammatory effects of RSV, several reports showed these effects in ASD models [18][19][20][21][22]. Bakheet et al. [20] studied the effect of RSV (20–40 mg/kg, intraperitoneally administered for 7 days). in the BTBR model by focusing on immune alteration and found that RSV beneficial effects were associated to several immune effects e.g., suppression of T helper 17 (Th17), T helper 2 and T helper 1 cell-related transcription factors and induction of Treg cell-related transcription factor. In another study of the same group, they found that BTBR mice showed higher levels of the chemokine receptors (CCR and CXCR), related to the inflammation, produced and expressed in CD4+ T cells than the B6 control mice did. Resveratrol treatment also decreased the mRNA expression levels of CCR and CXCR in the spleen and brain tissues and downregulated the chemokine receptor levels in CD4+ T cells [19]. This group also studied the impact of RSV treatment on Toll-like receptor pathways, which is increased in in CD4+ cells and brain of BTBR mice. They found that RSV decreased T lymphocytes CD4+, Toll-like receptors TLR2+, CD4+TLR3+, CD4+TLR4+, CD4+NF-κB+, and CD4+iNOS+ levels in spleen cells. RSV treatment decreased TLR2, TLR3, TLR4, NF-κB, iNOS and COX-2 mRNA and protein expression levels in brain tissue [21]. The inflammatory pathway related to the Janus kinase/signal transducers and activators of transcription (JAK/STAT) pathway and the expression of other pro-inflammatory cytokine like interleukin-6 (IL-6) and tumor necrosis factor alpha (TNF-alpha) in brain and in CD4+ cells, is overactivated in BTBR mice. The concentration of pro-inflammatory TNF-α is also increased in the PPA model [18]. Oral administration of RSV (5, 10, 15 mg/kg) antagonizes this molecular pathway and decreases the concentration of pro-inflammatory cytokine such as TNF-alpha, IL-6 and interferon IFN-gamma [18][22], thus counteracting some of the markers of neuroinflammation associated to ASD. Bhandari and Kuhad [18] analyzed several factors in the brain and justified the behavioral results through the beneficial effects of RSV, reducing oxidative stress markers like lipid hydroperoxyde and nitrite, and increasing the endogenous antioxidants: catalase, superoxide dismutase and glutathione. Neuroinflammatory response triggered by stimulation of matrix metalloproteinases (MMPs) also plays pivotal role in the development of autistic phenotype as MMPs stimulate inflammatory cytokines’ release along with mitochondrial deficits, which ultimately leads to neuronal dysfunction and precipitates autistic symptoms [27][28]. Supporting these observations found in ASD patients, oral RSV administration (5, 10, 15 mg/kg) improved the activity of brain mitochondrial complex enzymes and normalized levels of MMP-9 in the PPA model [18].
Bambini-Junior et al. [29] showed an unstable interaction between RSV and VPA by bioinformatics technique, indicating that the effects of RSV are due to its cellular mechanisms. The molecular mechanisms underlying the RSV (3.6 mg/kg, administered subcutaneously) prevention of sensory deficits in the VPA rat model may be through the possible recovery of the altered GABAergic neurons expressing parvalbumin (PVC-neurons) localization and cortical organization impaired in the primary somatosensory area and in the amygdala [23]. These brain areas play a major role on sensory processing of tactile stimulation of the whiskers in rodents [30].
MicroRNAs (miRNAs) are short, endogenous, noncoding RNAs that regulate gene expression through posttranscriptional mechanisms via degradation or inhibition of specific mRNAs targets [31]. Hirsch et al. [32] analyzed the miRNA concentration in the serum of a small group of children affected by ASD (from 5 to 15 years old) and VPA rats and the effects of RSV. They found that of miR134–5p and miR138–5p, both were increased in the serum of ASD patients. VPA rats also showed an augmentation of miR134–5p levels and RSV administration in VPA-treated rats prevented this effect. This miRNA inhibits the LIM domain kinase 1(Rac-LIMK1) pathway determining the reduction of actin polymerization and spine growth and the effects afforded by RSV might also be due to this effect.
Progestins exposure during pregnancy cause reduced the estrogen receptor (ERβ) expression in the amygdala with autism-like behavior in the offspring. Postnatal or prenatal RSV oral treatment (20 mg/kg) significantly reversed this effect with ERβ activation. Xiu et al. [26] showed that RSV activates ERβ and its target genes by demethylation of DNA and histone on the ERβ promoter. It also decreased progestin-induced oxidative stress and ameliorated the impaired mitochondria and lipid metabolism in the amygdala neurons, subsequently improving ASD-like behavior.