TMS-EEG in Patients with Schizophrenia

Schizophrenia (SCZ) is a serious mental disorder, and its pathogenesis is complex. Recently, the glutamate hypothesis and the excitatory/inhibitory (E/I) imbalance hypothesis have been proposed as new pathological hypotheses for SCZ. Combined transcranial magnetic stimulation (TMS) and electroencephalography (EEG) is a non-invasive novel method that enables us to investigate the cortical activity in humans, and this modality is a suitable approach to evaluate these hypotheses.

Schizophrenia (SCZ) is a serious mental disorder that affects approximately 1% of the population worldwide. SCZ is characterized by positive symptoms such as hallucinations/delusions, negative symptoms such as reduced motivation and blunted affect, and cognitive symptoms, which are considered core features of the illness [1][2][3]. As one of the hypotheses to explain the pathophysiology of SCZ, the dopamine hypothesis has been classically proposed [4]; however, the glutamate hypothesis, gamma-aminobutyric acid (GABA) hypothesis, cholinergic hypothesis, and especially the excitatory/inhibitory (E/I) imbalance hypothesis have also been attracting attention in recent years because some pathologies in this disorder cannot be explained by the dopamine hypotheses alone [3][5][6].

EEG can provide a direct measure of the electrical signals generated by neuronal activity and allow us to detect the E/I profiles of network connections [7]. Specifically, high-density electroencephalography (EEG) has a high-temporal resolution as well as better spatial resolution compared to the conventional EEG system due to the increased number of channels such as EEG electrodes with 64 or more channels. Hence, the combination of TMS with EEG recording (TMS-EEG) can be applied to probe and investigate the cortical responses and propagation of TMS-evoked EEG between some specific brain areas [8][9][10]. In particular, since TMS-evoked potentials propagate to brain regions that are anatomically and functionally connected [8][11], simultaneous measurement with EEG, which has a high temporal resolution, can accurately detect the temporal pattern of TMS-evoked responses and is likely to identify causal relationships of connectivity between brain regions. In other words, the spatial and temporal patterns of brain responses to TMS can contribute to defining causal relationships in the connections across brain areas.

GABA is a critical inhibitory neurotransmitter to modulate cortical excitability and neuroplasticity of the brain. There are two main types of GABA receptors, GABAA and GABAB receptors for mediating cortical inhibition. Specifically, GABAA receptor-mediated cortical inhibitory function can be measured with short-interval intracortical inhibition [12][13], which is a paired-pulse paradigm of TMS that consists of one subthreshold preceding stimulus (conditioning stimulus) and one suprathreshold following stimulus (test stimulus) with an interstimulus interval (ISI) of 1 to 5 ms [14]. The conditioning stimulus activates a low threshold inhibitory network, causing inhibitory postsynaptic potentials to hyperpolarize the neurons when the following test pulse is applied [12][14][15]. In addition, pharmacological studies combined with TMS neurophysiology demonstrated that benzodiazepines (i.e., agonists for the GABAA receptors) increased the SICI [12][16][17][18][19][20][21], suggesting that SICI may be closely related to GABAA receptor-mediated inhibition. Further, other pharmaco-TMS studies indicated that baclofen, specific GABAB receptor agonists, increased the LICI [22][23], suggesting that LICI is mediated through the GABAB receptors. LICI comprises two suprathreshold stimuli with an ISI of 50 to 150 ms. In both SICI and LICI, final outputs of MEP amplitudes or TMS-evoked potential (TEP), which can be measured with EEG, are reduced by the test stimulus. On the other hand, glutamatergic acid is a main excitatory neurotransmitter in the brain and glutamatergic N-methyl-D-aspartate (NMDA) receptor-mediated cortical facilitation can be measured with the intracortical facilitation (ICF) paradigm [20]. ICF is a paired-pulse TMS paradigm that uses the same conditioning and test stimulus intensities as SICI while the ISI of ICF is 10 to 15 ms. Other studies also revealed that NMDA receptor antagonists decreased the ICF [23][24], suggesting that ICF may be closely associated with facilitation mediated through glutamatergic NMDA receptors.

EEG power indicates the time-averaged value of wave energy, and it can be calculated according to the frequency bands, from the slow-wave delta component to the fast wave gamma component. In SCZ, a decrease in EEG power of theta and gamma bands is indicated, especially in relation to cognitive impairment. Event-related spectral perturbation (ERSP), a generalization of event-related desynchronization, is a measure of the average dynamic change in the amplitude of the broadband EEG frequency spectrum as a function of time relative to an experimental event. In other words, ERSP measures the average time course of relative changes in the spontaneous EEG amplitude spectrum evoked by a series of similar experimental events, in this case, TMS stimulation. EEG coherence is a linear synchronization measure between two signals over time recorded at different electrode sites, which is specifically a statistical measure of the average agreement in phase difference weighted by amplitude and is frequency-dependent, showing a value from 0 (completely random phase difference) to 1 (perfectly matched phase difference) [27]. Furthermore, the natural frequency is obtained by measuring the main frequency associated with direct TMS perturbations to the brain, which is mainly related to frequency tuning in the corticothalamic system. Indeed, the measurement of natural frequencies may provide important information about the properties and state of a particular brain system [28].

4. TMS-EEG in Patients with Schizophrenia

Figure 1A: Prefrontal inhibition for each frequency band power. Patients with SCZ have significantly reduced activity in the inhibitory gamma-band of the prefrontal cortex compared to HC, indicating that it can be associated with cognitive dysfunction. Figure 1B: ERSP of the natural frequency. In patients with SCZ, the natural frequency of the prefrontal cortex is significantly reduced compared to HC, and this reduction can be associated with impaired working memory. Figure 1C: TEP changes induced by each TMS paradigm. These waveforms schematically illustrate the changes in TEP induced by each TMS paradigm (SICI, LICI, and ICF). Figure 1D: Paired pulse/Single-pulse ratio in each paradigm. This bar graph is a schematic illustration of the group differences between HC and SCZ in each TMS paradigm. Specifically, based on the results of previous studies, compared with HC, patients with SCZ showed significantly reduced SICI (GABAA receptor-mediated neurophysiological activity), which may be associated with executive dysfunction, as well as significantly reduced LICI (GABAB receptor-mediated neurophysiological activity), which also may be related to working memory deficit. In addition, patients with SCZ had significantly reduced ICF (glutamatergic NMDA receptor-mediated neurophysiological activity) compared with HC, which may be associated with the clinical severity of this disorder. Collectively, it is assumed that excitatory and inhibitory imbalance could be caused by neurophysiological dysfunction, mainly in the prefrontal cortex, as indexed by SICI, LICI, and ICF in patients with SCZ. 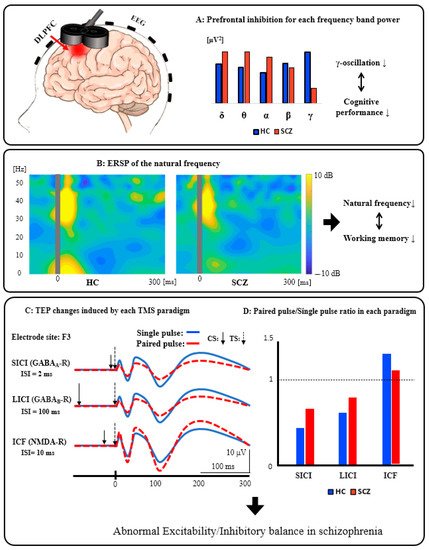 Figure 1. Schematics of combined TMS-EEG neurophysiology from the DLPFC.

SCZ had altered functional connectivity [29] and cholinergic dysfunction in the DLPFC compared with HC [30]. Levit-Binnun et al. administered single-pulse TMS over the Cz electrode site and compared the amplitude and latency of TEP between patients with SCZ and HC [29]. After TMS pulse, as a short latency EEG response, HC showed frontal negativity and parietal positivity, while patients with SCZ showed no frontal negativity or greatly reduced parietal positivity. These different patterns of the amplitude and latency of TEPs on topological plots indicate that patients with SCZ have altered functional connectivity between distributed brain areas, which may also cause abnormal cognitive functioning.

SCZ showed GABAA receptor-mediated and glutamatergic NMDA receptor-mediated neurophysiological dysfunctions in the DLPFC [31]. Noda et al. investigated SICI and ICF from the DLPFC in patients with SCZ and HC [31]. Amplitudes for each TEP component (i.e., P30, N45, P60, N100, and P180), frequency band powers of TEP, and time-frequency of TEP were separately analyzed for each condition. They found that patients with SCZ showed reduced inhibition in TEP P60 by SICI compared with HC, which was correlated with the longest span of the Letter-Number Span Test in patients with SCZ. On the other hand, compared with HC, patients with SCZ showed reduced facilitation in TEP P60 and N100 by ICF, which correlated with the total score of the Positive and Negative Syndrome Scale (PANSS).

SCZ showed significantly reduced LICI in the DLPFC [34], and it was correlated with working memory dysfunction [35]. Thus, the prefrontal aberrant GABAB receptor-mediated dysfunction in SCZ may be part of the cause of working memory deficit in this disorder.

SCZ showed defects in gamma cortical activity and connectivity over the frontal region [36][37]. Ferrarelli et al. applied single-pulse TMS to the parietal, M1, premotor, and DLPFC in patients with SCZ and HC [36]. They analyzed the significant current density (SCD) [38], which captures the amplitude of TMS-evoked cortical currents, indexing the cortical activity, as well as the significant current scattering (SCS) [38], which reflects the average distance of TMS-activated cortical sources, representing the cortical connectivity. They found that both SCD and SCS were most impaired in the DLPFC after single-pulse TMS in patients with SCZ compared with HC, but there was no difference in SCD or SCS over the parietal cortex and M1 after single-pulse TMS.

SCZ showed significant deficits in cortical inhibition as well as inhibitory gamma modulation in the DLPFC during the LICI paradigm [39][40].

Patients with SCZ had oscillatory abnormalities, especially in the prefrontal cortex. Indeed, for the DLPFC, patients with SCZ showed inhibitory (i.e., SICI and LICI) and facilitatory (i.e., ICF) dysfunctions [40][31][34]; however, for M1, there was no significant dysfunction in cortical inhibition (i.e., LICI) or TMS-induced gamma oscillations [39][34]. On the other hand, a previous study assessing I-wave facilitation of SCZ with TMS-EMG reported that there may be some deficit in cortical inhibition in M1 [41]. Furthermore, the other study reported that single-pulse TMS to M1 in patients with SCZ showed excessive gamma oscillations in the M1 region in the 400–700 ms post-stimulus interval [33]. Thus, further studies are needed to confirm whether the impairment of cortical inhibition of SCZ also extends to M1. Moreover, this review found reduced connectivity between the premotor cortex and prefrontal cortex [36] and reduced TMS-induced gamma oscillations in the fronto-central regions [37] in patients with SCZ. In addition, TMS-induced functional cortical conductivity in the gamma band was positively related to positive symptoms, while the functional cortical conductivity in the theta and delta bands was positively related to negative symptoms in SCZ [33]. Moreover, cholinergic dysfunction in the DLPFC, as indexed by SAI, was associated with cognitive impairment in SCZ [30].