Encapsulation into biopolymer microparticles ensures the protection and targeted delivery of active agents while offering controlled release with higher efficiency and environmental safety for ecological and sustainable plant production. Encapsulation of biological agents provides protection and increases its survivability while providing an environment safe for growth. The application of microparticles loaded with chemical and biological agents presents an innovative way to stimulate plant metabolites synthesis. This enhances plants’ defense against pests and pathogens and results in the production of higher quality food (i.e., higher plant metabolites share). Ionic gelation was presented as a sustainable method in developing biopolymeric microparticles based on the next-generation biopolymers alginate and chitosan.

Figure 1. Representation of microparticles relevant to this review paper, a matrix microsphere, and a coated shell-matrix microcapsule.
Biopolymeric microparticles have an advantage, due to their controlled and targeted release, but some disadvantages exist, like (i) particle-particle aggregation, (ii) limitation of the storage stability, (iii) difficulty to encapsulate molecules with different degrees of hydrophilicity at the same time, (iv) challenging precise control of the dispersity of the particles. The above-mentioned disadvantages can negatively influence the efficiency of active agent delivery [43]. Even though, biopolymers are considered as great materials to use in the production of microparticles, mainly due to their abundance and affordability alongside their stability and durability throughout the process of encapsulation. Biopolymers can be easily extracted from natural sources or may be prepared with the use of microorganisms. Furthermore, biopolymers can be prepared synthetically with precision and predetermined properties as specific molecular weight, solubility, and permeability [44]. Biopolymers may vary in composition and physicochemical properties, and because of that, their utilization is often dependent exclusively on them. To achieve successful encapsulation, it is necessary to understand the structure of used biopolymers.
Sodium alginate is negatively charged, due to the presence of carboxyl groups from the uronic acid residues [45]. It is composed of two repeating carboxylated monosaccharide units (mannuronic and guluronic acids), and the ratio between them influences the properties of the biopolymer. Chitosan is a partially deacetylated polymer of N-acetylglucosamine obtained after alkaline deacetylation of chitin. The N-deacetylation is seldom complete, and the fraction of N-acetylglucosamine determines the degree of acetylation, which serves as a base to classify the biopolymer either as chitin or chitosan. When the degree of N-acetylation (defined as the average number of N-acetylglucosamine units per 100 monomers expressed as a percentage) is below 50%, chitin becomes soluble in aqueous acidic solutions (pH < 6.0) and is called chitosan [46]. The electrostatic attraction between the cationic amino groups of chitosan and the carboxylic groups of the alginate leads to the formation of the polyelectrolyte complexes of various structures. By controlling the degree of association among the functional groups, the structure and physicochemical properties of these complexes may be adjusted [47]. Immobilization and the sustained release of encapsulated agents are achievable by applying chitosan and alginate complexes in the micro/nanocapsule form [1][45][48][49].

Plenty of different techniques may be used for encapsulation in biopolymeric matrices. Hudson and Margaritis [50] comprehensively reviewed biopolymeric particles production, and divided the methods as: (i) Ionotropic gelation or external gelation, (ii) emulsification and internal gelation, (iii) the reverse microemulsion technique, (iv) emulsion crosslinking method, (v) emulsion-solvent extraction, (vi) the emulsification solvent diffusion method, (vii) emulsion-droplet coalescence method, (viii) complex coacervation, (ix) reverse micellar method, (x) self-assembly methods, (xi) water-in-oil emulsification, (xii) desolvation process, (xiii) pH coacervation method, (xiv) emulsification, (xv) nanoparticle albumin-bound (nab) technology, (xvi) self-assembly, (xvii) desolvation method, (xviii) methods involving hydrophobized pullulan derivatives, (xix) reverse micelle synthesis method, and (xx) emulsification-diafiltration. Each of the mentioned methods has its advantages and disadvantages, depending on the targeted application, but one of the most popular and widely used encapsulation methods is ionic gelation.
The ionic gelation method is often utilized in the production of biopolymeric microparticles mainly because it uses mild conditions throughout the encapsulation process and economical production costs [51][52]. Sodium alginate is a common biopolymer used to prepare biodegradable microparticles and the encapsulation procedure, and developed carrier mainly depend on its properties. Alginate-based microparticles are obtained by the dropwise addition of alginate in the bath containing divalent cations. The affinity of sodium alginate for divalent cations mainly depends on its composition. Guluronic acid-based alginate will be more prone to ion binding compared to mannuronic acid-based alginate. The affinity for the metals follows order: Mg2+ < Mn2+ < Ca2+ < Sr2+ < Ba2+ < Cu2+ < Pb2+ [53][54][55]. These cations diffuse in sodium alginate solution forming a gel matrix, due to the cation-binding crosslinks with alginate. Crosslinking density is mainly determined as per the concentration of the cation solution [56]. The binding of the cations is related to the precise chelation process, depending on the distribution of guluronic acid blocks. This has been previously explained with the so-called “egg-box” model. The model is based on the steric configuration of the guluronic acid blocks residues [57][58]. This model describes the gel formation via sodium cation swap with calcium cation from two adjacent guluronic acid blocks and forming a single ion bridge between the chains. Ca2+ ions hold the alginate chains together, and with more bonds, the nature of biopolymer binds more Ca2+ in a stable form. Guluronic groups of alginate correctly distance coordination of Ca2+ between carboxyl and hydroxyl groups. This behavior is ascribed to the self-cooperative process between neighboring elements (Ising model) and is based on a physical bond with unfavorable entropy for the first divalent ion. The bond is favored for all ions to form a one-dimensional “egg-box” (a zipping mechanism) [56]. Kinetics of gelling kinetics are fast and adaptable, but also depend on polymer and cation type and their respective concentrations. With the use of a microdroplet generator (Figure 2) dripping in cation solution, microparticles can be easily prepared. A Microdroplet generator is used for the dropwise addition of sodium alginate into the bath containing divalent cations, where gelling occurs, and spheres are formed (more detail on the process can be found in Section 7.2). Conveniently, Ca2+ has been widely used as a gelling cation, since it is chemical versatile and safe [56][59]. 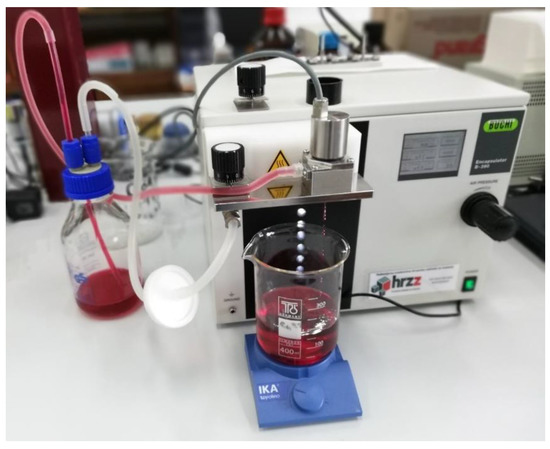 Figure 2. An example of a microdroplet generator used to prepare microparticles, Encapsulator Büchi-B390, BÜCHI Labortechnik AG, Switzerland.
Generally, sodium alginate produces rigid, but relatively porous hydrogels with weak physical and mechanical properties, which are important in delivering active agents [51][60]. Chitosan utilization is limited, due to its limited chain flexibility and poor mechanical strength, but its application has high prospects when coupled with other biopolymers [61]. Properties of these biopolymers (polyelectrolytes) may be amended by combining them, thus, improving their chemical stability and achieving microparticles with improved controlled release of encapsulated material [62]. The coating of alginate microspheres can be achieved with chitosan via polyelectrolyte complexation. The polyelectrolyte complex is dependent on the electrostatic interactions between the two oppositely charged biopolymers. It has to be noted that research on biopolymeric microparticle production is always improving and is directed in the improvement of physicochemical, functional, and release properties of used matrices keeping in mind cost-effectiveness and use of environmentally friendly or “green” material [63].